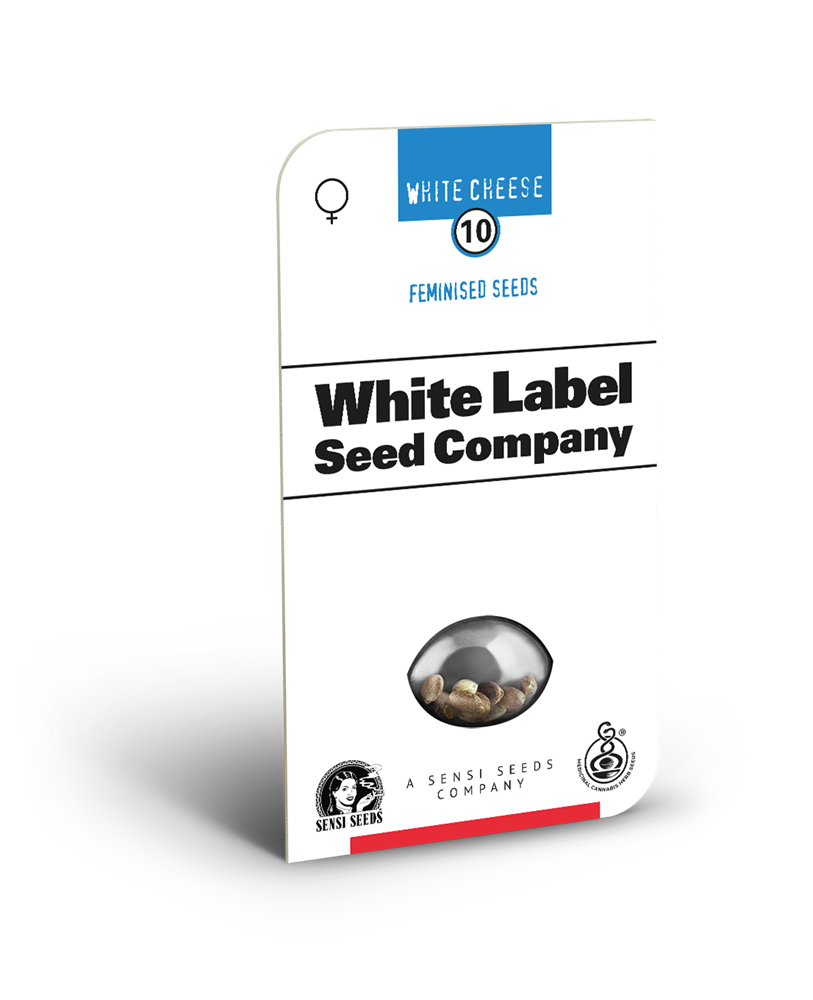 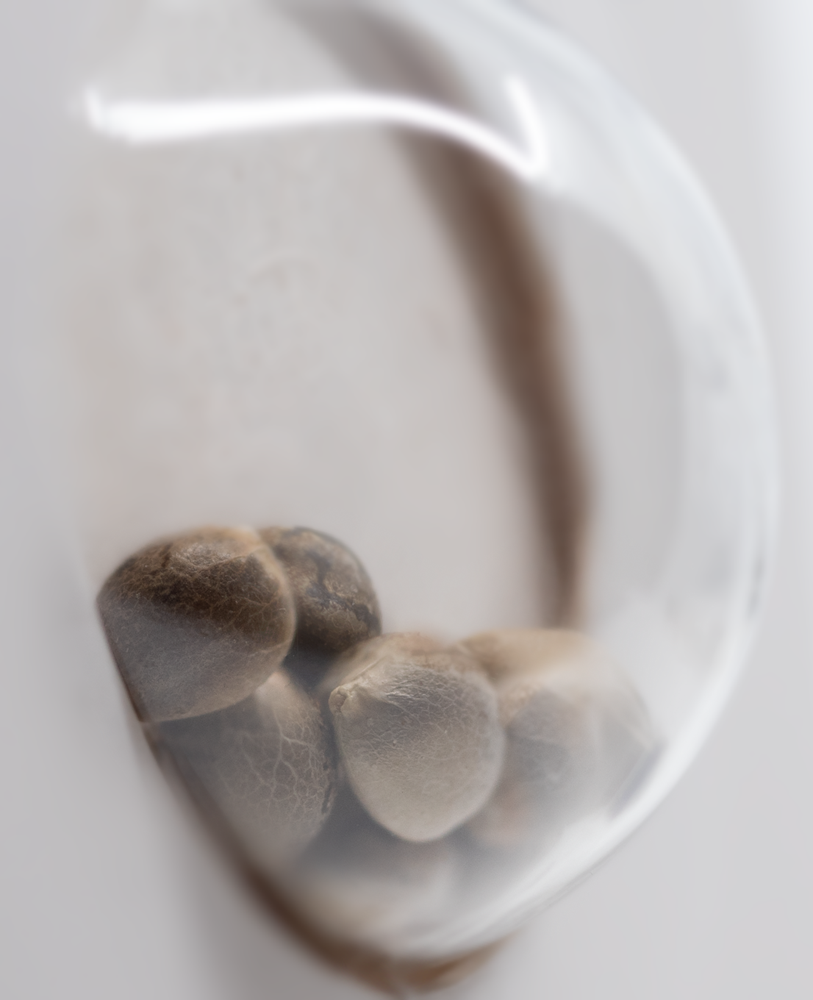 White Cheese Feminized seeds produce a plant that brings a long-desired and hard-to-duplicate flavour back to the forefront. The 35% sativa influence makes its mark by contributing to the flavour profile and the effects of this strain. This plant shows indica-dominant traits mainly in morphology. Pungent odours are pervasive in the grow room. Growers can anticipate a medium-sized plant supporting large yields indoors and outdoors.

White Cheese Feminized seeds resurrect a classic phenotype containing pungent skunk odours. This trait was discovered in the original F1 generation of Skunk #1. White Cheese Feminized adds a strong layer of fruitiness over pungent, cheesy flavours. Unmistakable profiles and effects that are out of this world. An easy-to-grow plant, this strain also features a flowering time of just 45-50 days!

White Cheese Feminized is 65% indica-dominant, which mainly comes from the White Rhino lineage. The Skunk #1 contributes to the 35% sativa traits, primarily expressed in the flavour profile, uplifting effects, and a taller-than-average stretch during the transition from veg to flower. The indica dominance is most apparent in the terpene profile, compact structure, and deep green, wide-fingered leaves.

White Cheese Feminized seeds come from a split lineage. It is a hybrid plant expressing traits of both indica and sativa varieties. As a feminized seed, all plants will express as bud-producing females once they transition into the flowering period.

Growers with tight crop rotation schedules in perpetual cycles will enjoy the uncommon and sought-after quick flowering times. A short 45-50 days after changing the light schedule, White Cheese Feminized is ready to harvest. Under optimal conditions, indoor plants can reach a final height of 120 - 140 cm. Outdoor growers have recorded harvest heights of around 160 cm.

The structure of White Cheese Feminized is recognizably indica. Despite its final height, this is a compact plant throughout the vegetative growth stage. There are numerous sturdy lateral branches full of bud sites that are closely spaced on the apical stem.

Typical to its Afghanica ancestors, foliage shows a range of colours. Growers will see dark green mature leaves and lime-green colours on the growing tips. Foliage will display a scattering of purple later in the grow cycle.

Flowers on White Cheese Feminized grow long and conical, similar to sativa varieties. Where this strain differs is in the dense and swollen nature of the bracts. Also common to indica-leaning strains is a heavy layer of trichomes containing all of the sought-after cannabinoids and terpenes. Bright orange stigmas crisscross over the tops of the trichome forest to give White Cheese Feminized an electric and distinguishable appearance.

White Cheese Feminized does well indoors under optimal conditions. Producing large yields of 500 - 550 grams per m² is an attainable goal with this strain. The ideal climate for outdoor cultivation is a warm region with occasional rains.

Under the right conditions, it is not uncommon for growers to harvest around 600 grams per plant in both temperate and sunny climates. Whether indoor or outdoor, growers can use plant training techniques like SOG, SCROG, Supercropping, and Lollipopping to control growth and increase yields.

The effects of White Cheese Feminized is where the sativa influence is most pronounced. It all starts with an immediate rush of euphoria that lifts the spirit up. A blissful smile overtakes the face as the mind wanders through a field of happy thoughts.

An increase in creativity has been reported with this strain. Not to be forgotten, the indica-influence comes at the tail-end of the experience and paints the body with a soothing and relaxing sensation from head to toe.

Two contrasting flavours intertwine perfectly to create the main profile of White Cheese Feminized. First comes an intensely fruity flavour. As soon as the palate detects the fruit cocktail of tastes, the pungently skunky side joins the party.

These two flavours are complemented by undertones of sugar and spice. Two more flavours from opposite ends of the spectrum, but coincidentally work well in combination. Classic tastes represent this strain that has spawned countless imitations.

White Cheese Feminized has a terpene profile that closely resembles the tastes of the strain. The smells are thick and linger in the air. Flowers are pungent and often exhibit aromatic influence from the indica side of genetics. Joining the main notes of skunkiness is an earthy aroma reminiscent of the forest floor after a good rain. Deeper in the profile are terpenes expressing undertones of musk and exotic sandalwood.

White Cheese Feminized Seeds by White Label is added to your shoppingcart!

White Cheese Feminized Seeds by White Label is added to your wishlist!