The life of Seth MacFarlane is interesting to say the least. But the reason we’re most interested in him is for his public advocacy of marijuana legalization. In fact, cannabis even gets a part in many of Seth MacFarlane’s animations. Let’s take a look into the life of this great writer, the shows he created and his love of cannabis.

Seth MacFarlane is an American comedy writer and director, and a passionate cannabis advocate.

His parents, Ronald Milton MacFarlane (1946) and Ann Perry (née Sager; 1947–2010), were born in Newburyport, Massachusetts. He is of English, Scottish, and Irish descent, with roots in New England including descent from Mayflower passenger William Brewster.

By the time he graduated from his local high school, he had developed a passion for animation, making his own short films. He went on to study film, video and animation at the Rhode Island School of Design (RISD), gaining a Bachelor of Arts. He was rapidly head-hunted by Hanna-Barbera Cartoons on the basis of his thesis film The Life of Larry (which would become the basis of his hit TV show, Family Guy) – though more for the writing quality than his animation skills.

His experience at Hanna-Barbera and freelancing for Disney Television led to his pitching Family Guy to Fox TV in 1999: it has run on TV ever since.

His runaway hit led to film opportunities: in many of his works, he has satirically explored American family life and popular culture. He has often included positive aspects of cannabis use in his work and is a public advocate for legalisation. 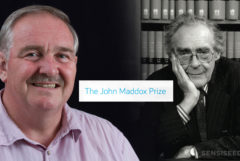 Through a booking mistake, MacFarlane narrowly avoided being a passenger on American Airlines Flight 11 on 11 September 2001.

MacFarlane has no issue bringing up cannabis whenever prompted. In an effort to normalize daily cannabis use, he has admitted to smoking cannabis with his family, and has mentioned the plant during a speech he gave in 2006 at Stanford University.

MacFarlane wasn’t just vocal about his support of cannabis – he used to be an activist, too. He served on the board of People for the American Way, a lobby group that fought for gay marriage, environmental sustainability, and cannabis legalization (among other things too).

(At Hanna-Barbera, as co-writer)

(At Fox, as writer-creator)

Because all we need is a bag of weed

To make us wanna cheer!

Oh, everything is better with A Bag of Weed

You can try and fight but we’re all agreed

Because everything is better with A Bag of Weed