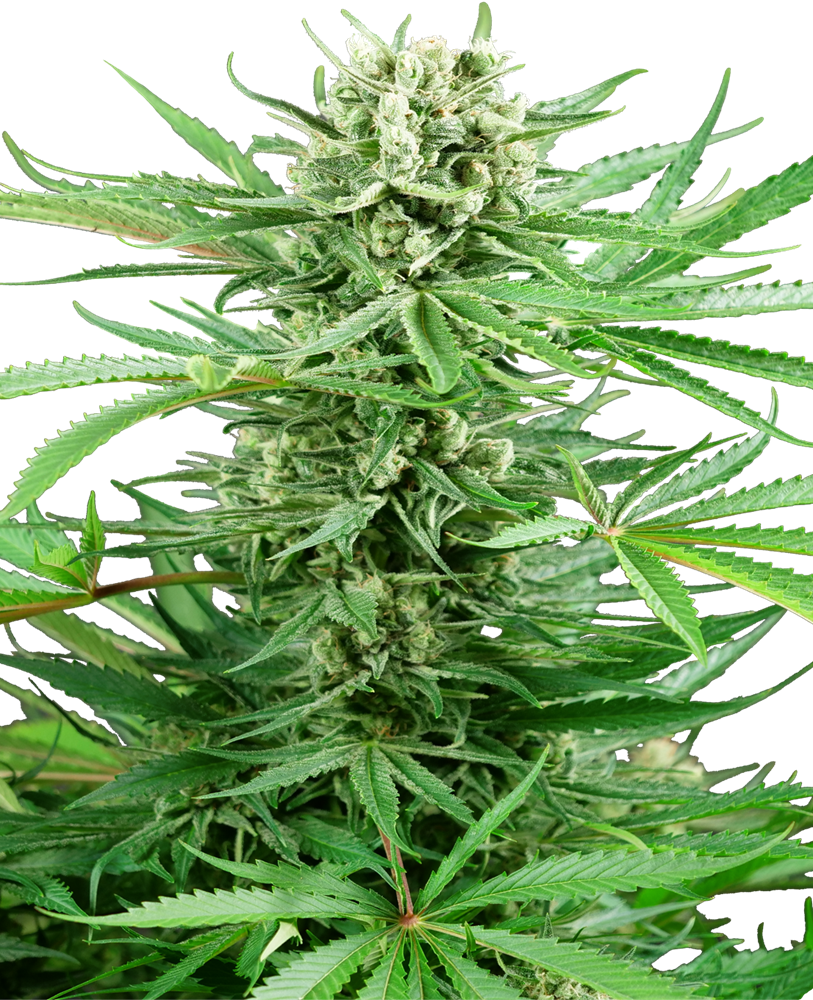 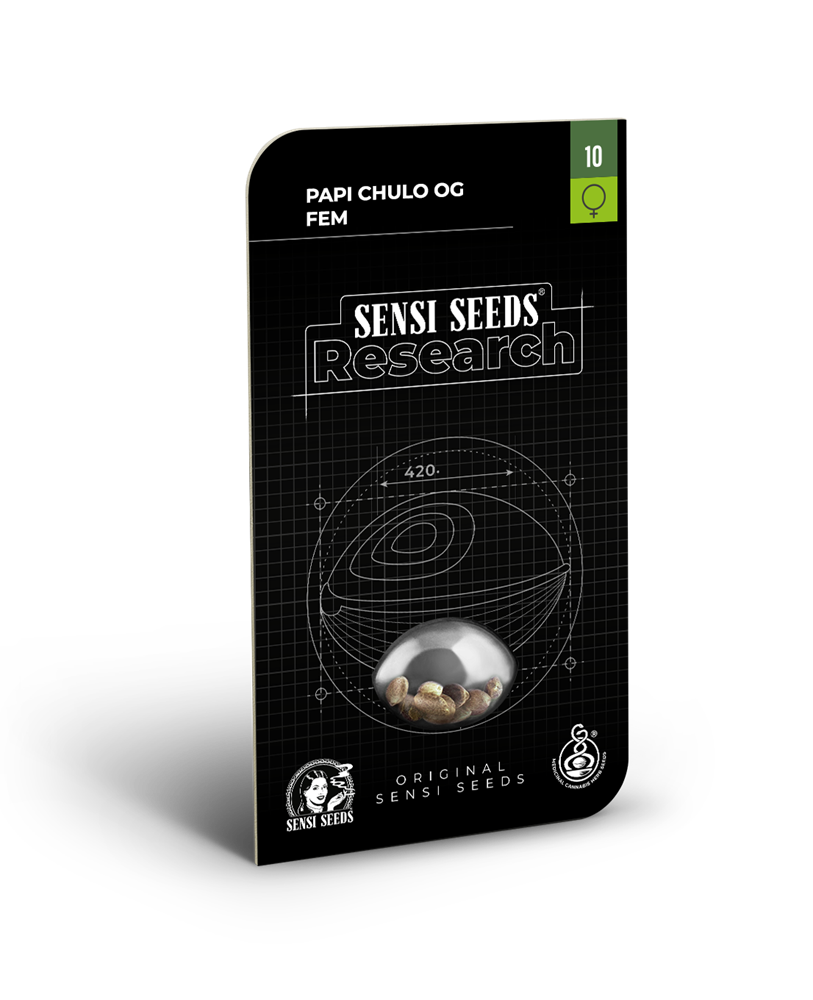 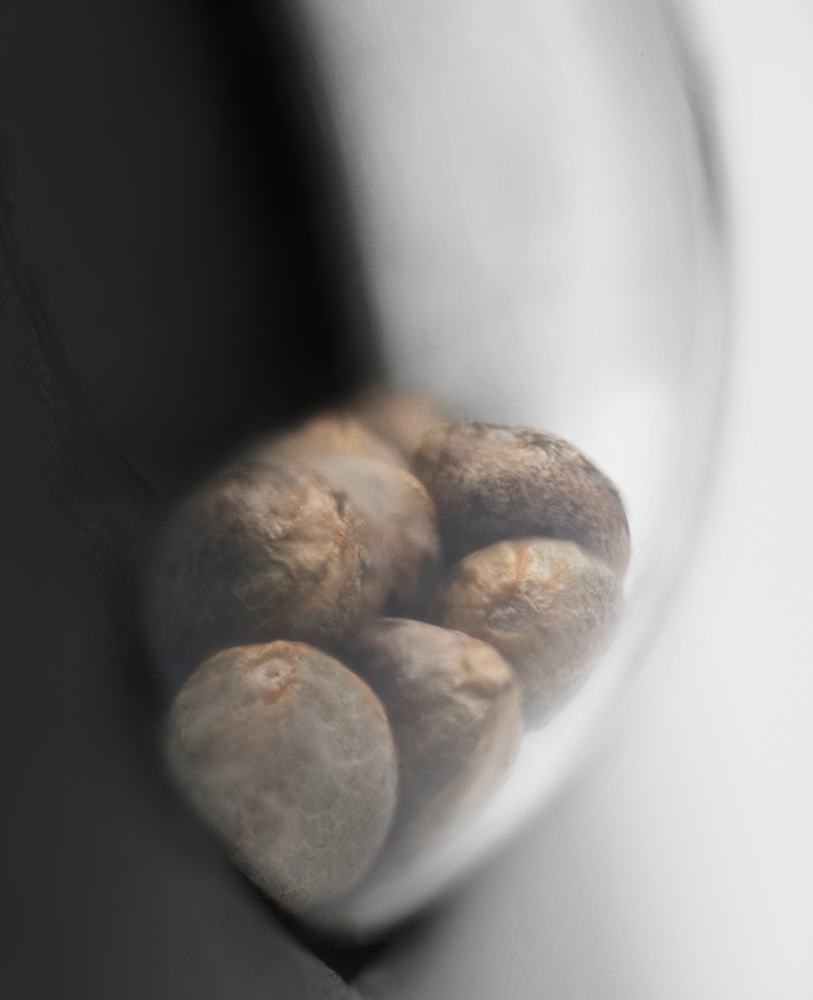 Papi Chulo OG Feminized is a fast-flowering, heavy-yielding strain with 70% indica and 30% sativa genetics. Dense, bright green buds are covered in trichomes that provide complex terpene combinations of lemon, pine, earth, and even a touch of pungent skunk. Suitable for many methods and styles of growing, Papi Chulo OG rewards personal cultivators with an uplifting but relaxing effect.

We took three of the hottest OG strains and created a unique combination of all the right terpenes and flavonoids while maintaining that legendary OG vibe. Papi Chulo OG is the progeny from an outcross of Face Off OG, San Fernando Valley OG, and OG Kush.

This strain performs very well for growers of all ability levels and is great for inexperienced growers. Experience the classic profiles that made OG's famous, but with a Sensi Seeds touch.

Papi Chulo OG Feminized cannabis seeds are an indica-dominant variety. The indica dominance is notable in the plant's compact but wide growth structure. Expect plenty of lateral branching and tight internodal spacing that will benefit from occasional defoliation to improve airflow within this stocky but lovable plant.

As a result of this new offering being feminized seeds, you won't need to worry about male plants taking up space in the garden. Papi Chulo OG has a quick and desirable flowering time of just 50 to 60 days, allowing more harvests per year than other longer flowering strains.

Although the plant stays nice and compact during the vegetative stages, expect some stretch in early flowering. As harvest day approaches, growers will be gazing upon a medium / tall plant of roughly 100 to 150 cm indoors. Outdoors, growers can expect slightly taller plants with larger yields in optimal conditions.

Papi Chulo OG is an excellent yielder in various mediums, including soil, coco, hydroponics, and living soils. The XL yields from this strain frequently weigh in at 450 to 500 grams per m2 indoors and up to 550+ grams per plant outdoors.

It is an exceptional resin producer, and the heavy coating of sticky trichomes and amber pistils add to the beauty of this sensational strain. Dense, bright green buds form throughout the elongated branches, and large, thick fan leaves cover the central mainstem.

Experts and novices alike can succeed with this adaptable new strain in the garden, whether indoor or outdoor. Outdoor growers have made mention of their ability to withstand moderately cooler temperatures and moist conditions compared to many of the Mediterranean strains. Indoors, Papi Chulo OG is an excellent choice for growers and is suitable for training techniques such as SCROG, SOG, Supercropping, and Lollipopping.

Papi Chulo OG Feminized is a 70% indica and 30% sativa strain that leans towards the indica side in smell, flavour and effect. Still, there remain distinguishable features of its partial sativa lineage, and the effects have been described as having multiple layers.

Featuring an initial effect that is uplifting, mood-boosting, and a cerebral experience reminiscent of many sativa varieties, it then gives way to a warm and relaxing body soothing effect. The indica lineage takes hold and creates a sedative feeling that allows the fast-paced world to melt away quietly.

While in the growth stages, home cultivators should be aware of the light but detectable terpene profile emanating from Papi Chulo OG. As this strain flourishes in the garden, the nose will detect nuances of sweet lemon and pine notes combined with distinguished floral undertones. A more complex bouquet emerges as the plant matures and the terpene production kicks into its final stages.

Still present are the sweet aromas of lemon and fresh pine, but the musty earthy and pungent skunk terpenes traditionally associated with indicas are finished by the pungent and enduring scent of flowery Kush. The combinations of flavours found in Papi Chulo OG parallel the inviting aromas. Detectable on the tongue, the sweet lemon and earthy notes take centre stage, followed by an encore of light pine and Kush undertones on the exhale.

Papi Chulo OG Feminized Seeds is added to your shoppingcart!

Papi Chulo OG Feminized Seeds is added to your wishlist!