WHEN WEED WAS… WEED!

For forty-five years now, Michka has witnessed with her own eyes the evolution of the cannabis world. Here, she shares with us her unique insights into the major transformations that shape it today.

One of the things I liked right away about weed, marijuana, was that it was obviously a plant – raw plant material.

It was I think back in 1972, not too far from Vancouver, the weed was being imported from Mexico and it was just a shapeless mass from which we had to remove what was unsmokable. First, we had to take out the biggest twigs and then break up the rest. The best way to get rid of the seeds was to spread the crumbled up weed on a rigid album cover and tilt it slightly as to make the seeds roll off. Seeds were abundant, and naturally, that’s how cannabis was first grown in North America.

I myself germinated those Mexican seeds and planted them with love in the soil of western Canada where I lived back then. The plants grew lush and fast, their long, thin leaves dancing under the sun… until they took a fatal blow when frost came with the fall. We would smoke the tight bundles of green shoots that had formed at the ends of the branches (the tops) and use the rest to make brownies. The result was magical, and happy we were.

I clearly remember how surprised I was when, back in Europe, I held in my hands for the first time a cola of sinsemilla, well-shaped, resinous… and seedless! It was in the Netherlands in the early 90s, and that mysterious Nevil (whom I was meeting for the first time) was handing it to me, suggesting I should roll a joint. Abashed by that strange bud, I declined his offer, and let him roll it instead.

At that time, near Amsterdam, the “Cannabis Castle” was welcoming visitors, some of them coming from far away, such as myself (I was living in Paris), showing them, maybe for the first time, female plants grown in the absence of male plants. They were in full bloom, exuding everything they had in the hope that the much-awaited pollen would materialize. Looking back, I can say it was the beginning of a revolution – a move away from the ancestral way of growing in fields exposed to both sun and wind. 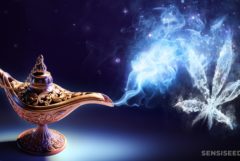 Cannabis is fundamentally different from other “drug plants”

One characteristic that sets cannabis apart from all the other drug plants (coffee, tobacco, coca, poppy, etc.) is that it’s free of alkaloids. Caffeine, nicotine, cocaine, morphine are all alkaloids, toxic compounds deadly in large doses. In this perspective, weed stands apart, as it is not toxic. This peculiarity also explains why its chemical composition was elucidated much later than that of these other plants.

In the beginning of the 19th century, alkaloids were widely identified; yet it was not before 1964 that THC’s chemical formula, cannabis’ psychoactive molecule, was discovered, thanks to professor Mechoulam and his team.

Up until the 60s, a pharmacist – the person preparing drugs – receiving a batch of hemp (its Latin name being Cannabis L., the L meaning “according to Linnaeus’ classification”) had no way to determine the amounts of active ingredients contained in the plant. For centuries, and still in the 50s, all varieties of Cannabis L. were indistinctively called “hemp” in Europe; the only distinction made was for hemp imported from India and neighbouring regions, which was called “Indian hemp”. It was thus impossible to prepare in our countries drugs with predictable potencies. This explains (conspiracy theories apart) why cannabis was purely and simply left out of the official pharmacopoeia of European countries in the 50s.

The race for THC

Prohibition and the consequent black-market set very particular conditions. When a substance is illegal, every effort is made to ensure that the final products are as potent as possible (under the Prohibition era in the States, people distilled whiskey or gin, they didn’t brew beer).

The same phenomenon happened with cannabis: in the decades during which prevailed the “war on drugs”, it was all about who would produce the strongest weed. In the US and the Netherlands, everyone boasted about exceedingly high THC levels (which had become by then easy to determine).

Meanwhile, anecdotal reports of cannabis having beneficial effects for people suffering from glaucoma, nausea caused by chemotherapy or multiple sclerosis kept on building up. More and more patients demanded access to the plant; but their request was always denied on the ground that science had not yet confirmed its efficiency. Well of course, President Nixon in 1970 explicitly prohibited any research into its medicinal properties.

But some twenty years later, research made a strong comeback. We rediscovered CBD, another cannabinoid that had been identified before THC but was overshadowed by it.

In nature, THC and CBD balance one another: the former boosts imagination and creativity, whereas the latter calms down and relaxes.

Who would have thought that this non-psychoactive cannabinoid would become so popular and that there would be such a high demand for CBD products?

Indeed, CBD is now praised for its countless virtues. It is an excellent anti-inflammatory; it is efficient against chronic pain; its neuroprotective properties allow for a quicker and better recovery after a stroke; it protects against some forms of cancer – all of which, paradoxically, are particularly appealing to the senior population. An acquaintance of mine recently found himself saying “Dad, you were on my case for twenty years because I smoked weed and now, you’re consuming more cannabis products than I am!”

The other day, a French gardener offered me some hash…  made from legal hemp! He proudly warned me “You’ll see those terpenes…”, and indeed, its fragrance was lovely. Being carried away as he was, he seemed to forget that to me, his hash was yet short on the essential.

It has become clear that in this day and age, where countless people suffer from stress, the calming effect of cannabis is precious, even in the absence of THC.

Meanwhile, young Americans, especially Californians, started growing weary of weed in its natural state, calling it old school. The arrival of the electronic cigarette (and the prominent publicity around it) set up the stage for a deep transformation. Many consumers started putting their trust into an electronic joint, a man-made industrial product, and rejecting nature’s raw plant material. And dabbing, although different, has only made the cleavage greater.

Myself putting all my trust in plants, I have a hard time understanding this shift. I do care a lot about the diversity of varieties (and it is no secret I have a soft spot for true sativas, Hazes in particular), but I prefer staying as close as possible to the plant. That’s my rustic side! Yet, I do acknowledge the facts: we are going through another little revolution.

The revolution of chemistry

Chemistry’s time has come, whether from the perspective of large pharmaceuticals eager to commercialize and patent cannabis-derived products, or that of vanguard consumers. Everyone is busy isolating, concentrating, extracting (a dynamic that similarly affected the coca leaves – used in rituals amongst Andeans cultures – when it became the raw material for producing that white powder called cocaine…)

Those among us that lived through the 70s have witnessed over less than half a century a shift from a world where psychoactive hemp was grown in a traditional way, in places that were still being referred to as “the third world” to an era (the present day) where western countries produce their own stocks of cannabis using leading-edge technologies and transforming them into ever more potent products.

Maybe the legalisation movement that is picking up in some western countries could reverse, at least partially, some of the consequences of that dynamic so that people will start appreciating again weed that feels more natural, weed that resembles more closely the plant grown throughout history in many different parts of the world.