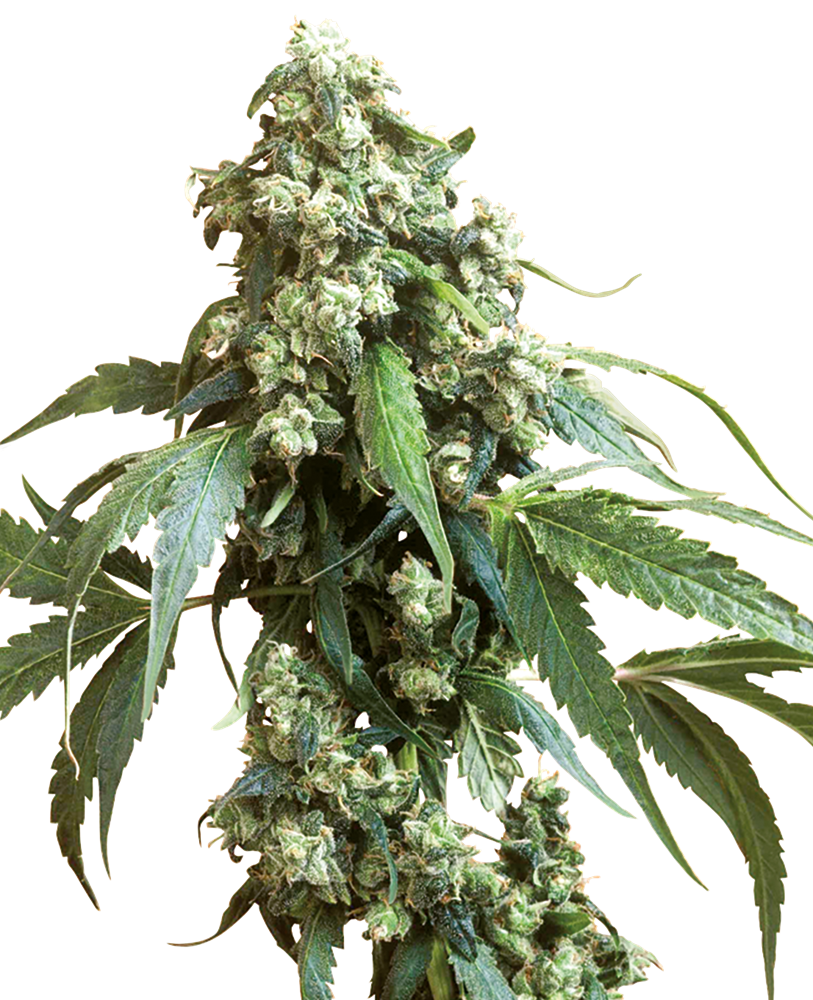 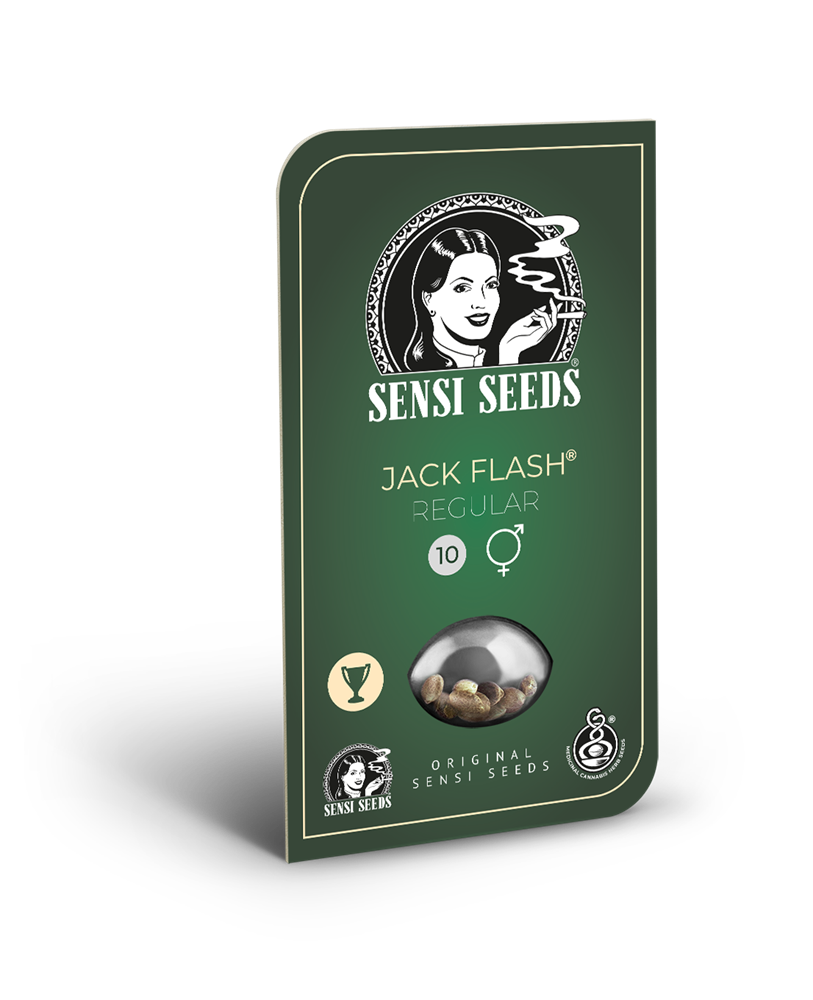 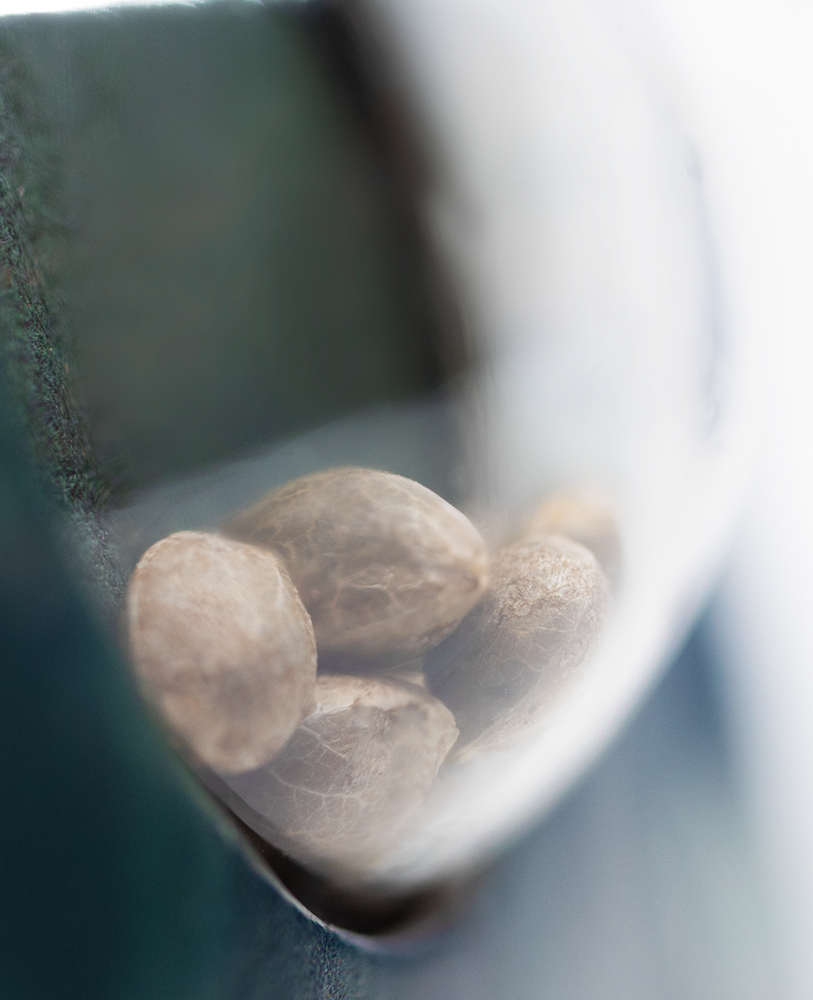 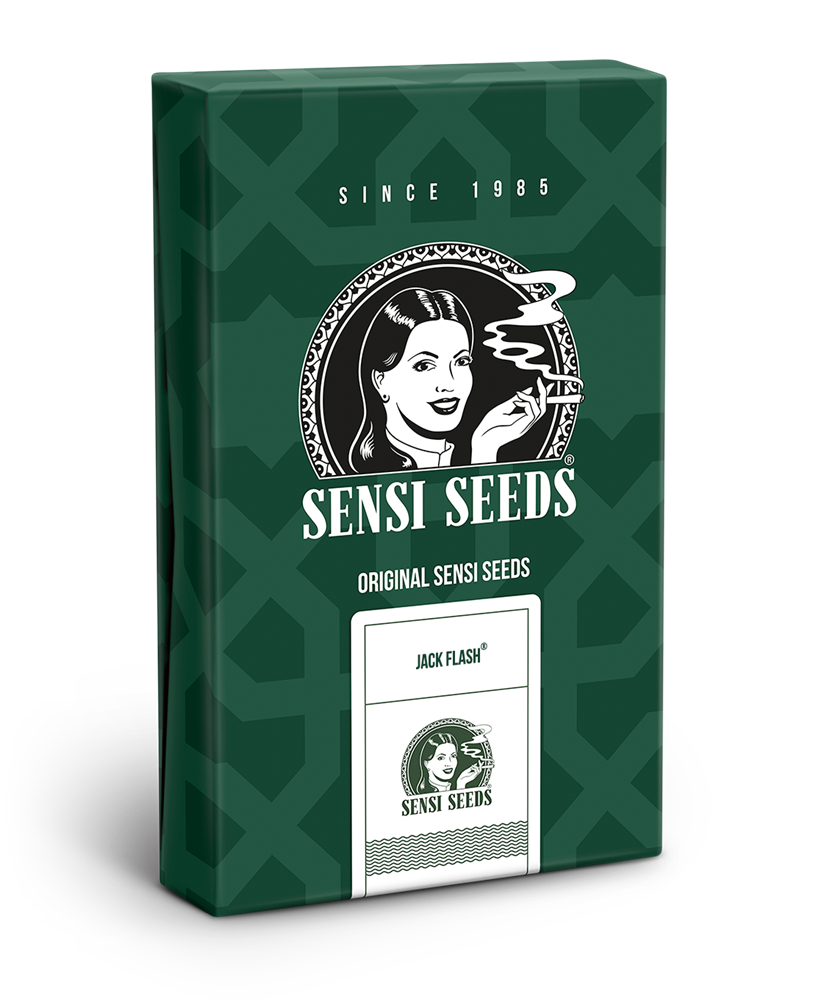 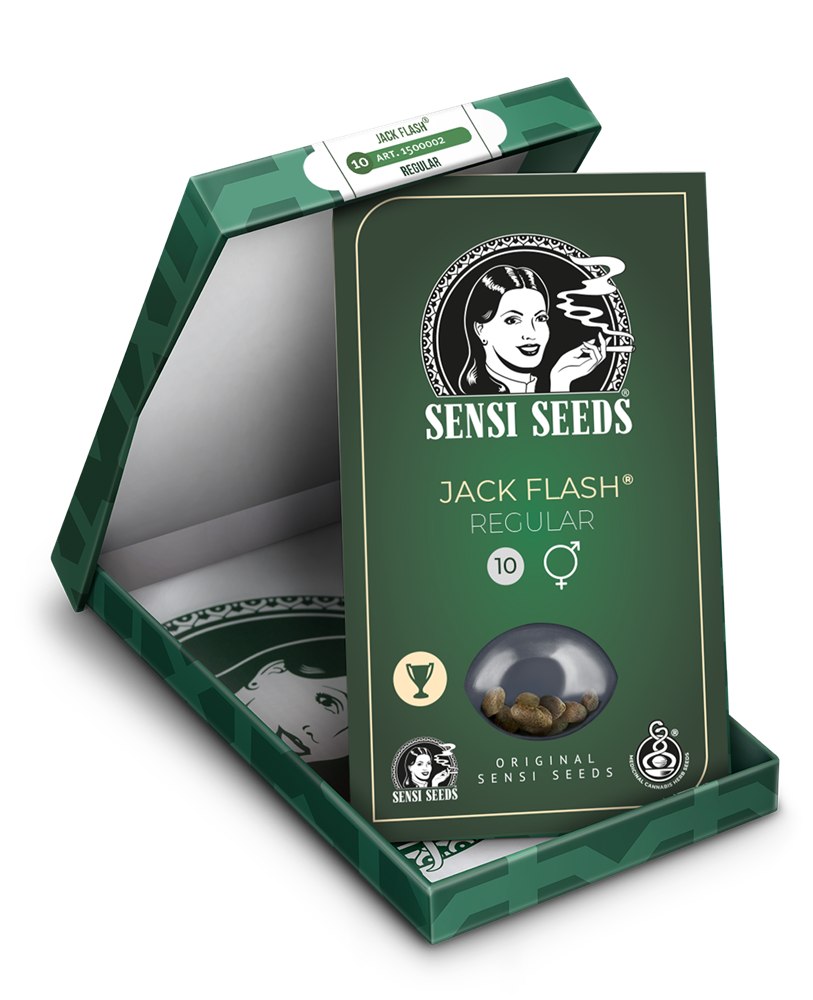 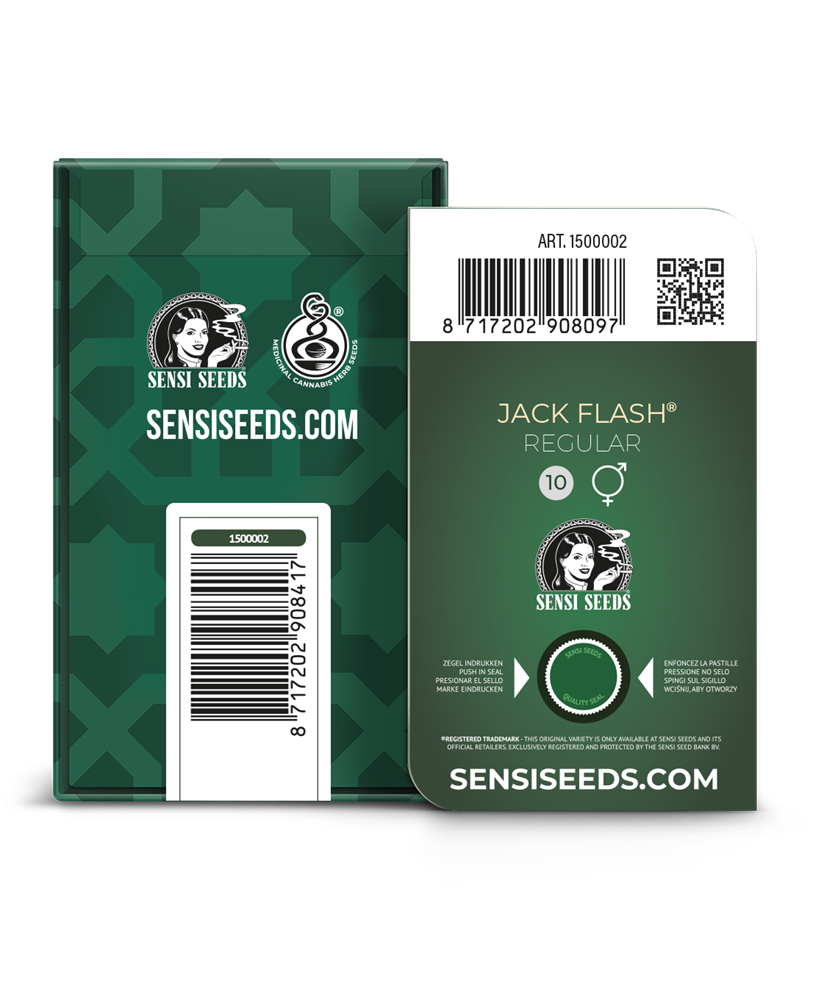 Jack Flash Regular is 55% indica and 45% sativa. This fairly even split means that the strain offers the best of both worlds. It’s easy to grow, with extra-large yields, like a typical indica. However, the high resembles a pure sativa; euphoric and energising. The plants can reach towering heights, and have a potent, earthy scent. This aroma gains strength closer to harvest time.

Jack Flash Regular is a high-performing hybrid; crossing Jack Herer with a Super Skunk and a Haze. Outside, it grows to prodigious heights, and offers impressively big yields. However, the height can be limited by growing the plants indoors. The buds produce a deliciously earthy, citrusy scent, and the plentiful resin can be used to make extracts. As for Jack Flash’s high? It’s pure sativa – energetic, creative and uplifting.

Jack Flash Regular cannabis seeds are an almost balanced combination of sativa (45%) and indica (55%). The strain was created by Sensi Seeds, who took their original Jack Herer genetics, and crossed them with Haze and Super Skunk. The result is an energising, happy high that’s pure Jack Herer, combined with the many benefits of indica strains.

These cannabis seeds are the regular variety, which means they’ll produce both male and female plants. This is ideal for those who want to generate their own seeds, or who want to experiment with breeding plants themselves.

Jack Flash Regular requires an average amount of time to complete its flowering. Growers can anticipate the flowering stage to take around 70 days in total. When cultivated outdoors, the plants can reach staggering heights. In fact, it’s not uncommon for them to grow as tall as 180 to 250 cm. Inside, they’re less towering, and in optimum growing conditions, they can be limited to around 100 cm. On average, growers should expect them to be around 100 to 180 cm when cultivated indoors.

When it comes to the structure of the plants, this strain has the tendency to ‘bush out’ like an indica. It produces substantial yields, both indoors and out. Inside, growers report harvesting around 500 grams per square metre. Outside, grow reports mention about 600 grams per plant, which is much more plentiful than average sativa harvests.

The plants have a highly distinctive bud formation. The mould-resistant buds are large and densely-packed, and form resinous ropes. For best results, expert growers usually recommend cultivating Jack Flash Regular in a warm, sunny climate, with a reliably long summer. The plants also grow well inside, and respond favourably to the supercropping and lollipopping training techniques.

Jack Flash Regular is a 55% indica and 45% sativa strain. Although it’s an almost even split, the high is very much sativa in personality. Users report feeling euphoric and uplifted, and often chatty and creative too. In fact, it’s a popular choice for social situations. Users should be aware that the effects are almost immediate, and extremely potent – so some caution is advised for inexperienced users.

While the plants are growing, they produce a skunky, pungent aroma. While this is noticeable, it’s not overpowering, which is useful when cultivating in the home. The smell intensifies as the buds reach harvest-time, taking on a more dank, intense quality. As for the taste? It’s regarded as quite pleasant, with hints of citrus and exotic wood.

Jack Flash Regular Seeds is added to your shoppingcart!

Jack Flash Regular Seeds is added to your wishlist!