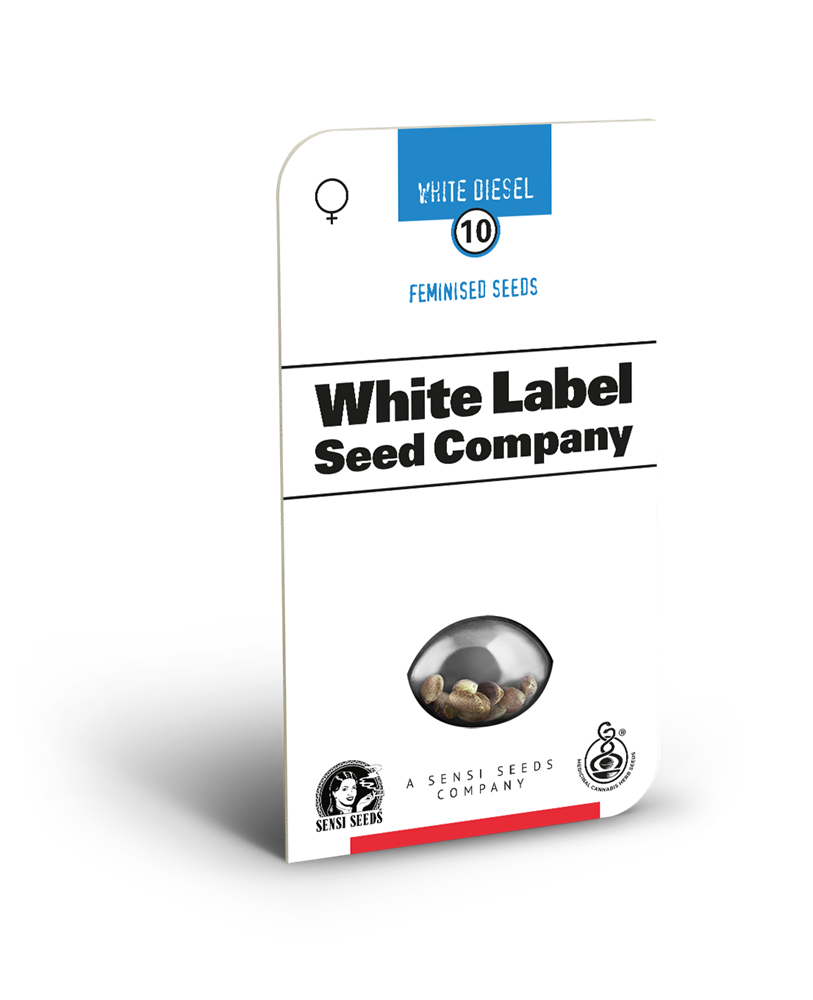 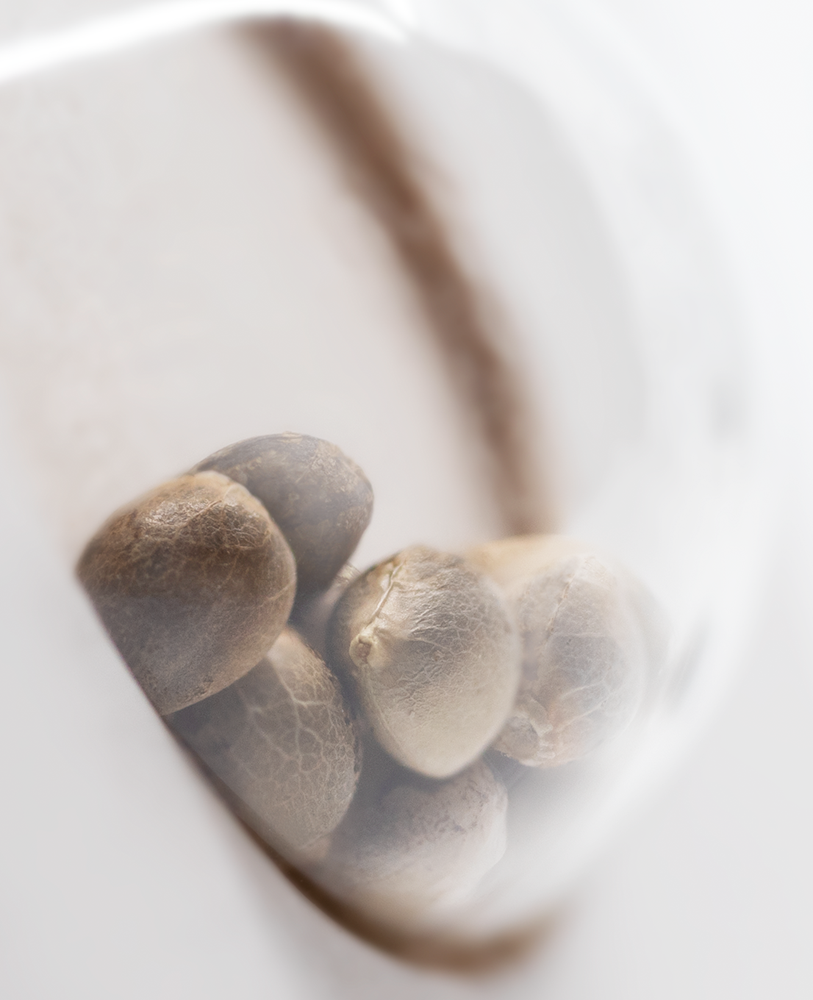 White Diesel Feminized from White Label is based on the legendary White Widow and NYC Diesel strains. Diesel: the name conjures up associations of power, strength and reliability. All these attributes are true of this cannabis strain. Combined with plentiful harvests and the complex sweet and sour flavour, this strain is a real winner.

40% sativa and 60% indica: White Diesel Feminized by White Label smells of diesel, and is based on White Widow and NYC Diesel. The result is a reliable, surprisingly easy-to-grow hybrid strain that combines the typical diesel flavour with a pleasant high.

You don’t need to be a petrolhead to like the smell of car fuel – and that includes lots of cannabis fans too. They can’t get enough of ‘diesel’ strains, around which a real hype has emerged during the past 20 years. Specific terpenes are responsible for the unique smell of these cannabis strains (more about this in the next section).

White Diesel is a real hybrid. It comprises 40% sativa and 60% indica genes. It has also inherited its great resin production by White Widow, along with its frosty, white trichomes that glisten like tiny snowflakes in the sun. The sharp flavour, conversely, comes from its other parent, NYC Diesel.

These feminized cannabis seeds produce only female plants which reach average height. White Diesel Feminized by White Label is easy to cultivate, and rewards growers with a plentiful harvest. When good isn’t good enough, special cultivation methods such as Screen of Green (SCROG), Sea of Green (SOG), Supercropping and Lollipopping may help. These techniques are excellently suited to this cannabis strain.

White Diesel Feminized by White Label can also be grown outside in a Mediterranean climate with long summers. The flowering stage is on average 60 to 65 days.

The effect and flavour are two of the main reasons for diesel strains having become so popular. Because they contain a lot of THC, this ‘green fuel’ is more suitable for experienced users. Unlike most other diesel strains, White Diesel Feminized by White Label doesn’t kick in immediately. It takes a few minutes to experience the first sense of a rush.

First comes an uplifting, cerebral high, which after a while is accompanied by a very relaxing stone feeling.

It’s the combination that counts: cannabis contains more than 100 terpenes that account for the smell as well as some of the effect. The diesel smell comes principally from a-pinene, a-caryophyllene and linalool. The bouquet is rounded off with fresh flavours ranging from lemon to grapefruit, depending on the phenotype.

White Diesel Feminized Seeds by White Label is added to your shoppingcart!

White Diesel Feminized Seeds by White Label is added to your wishlist!