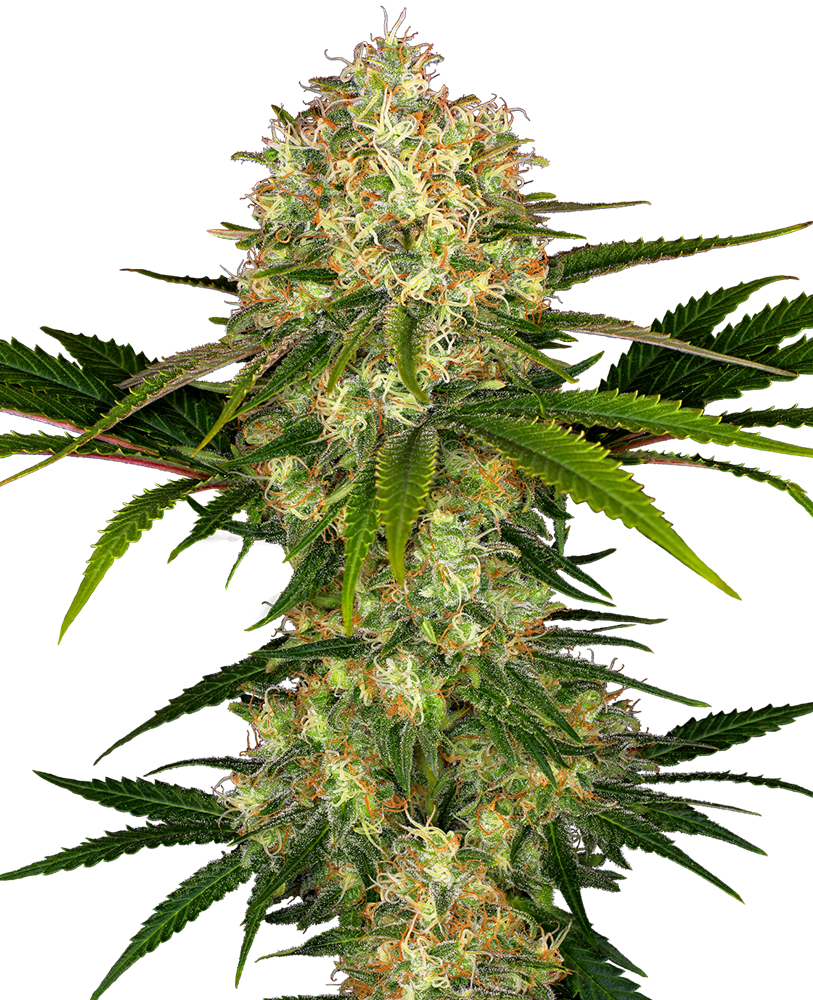 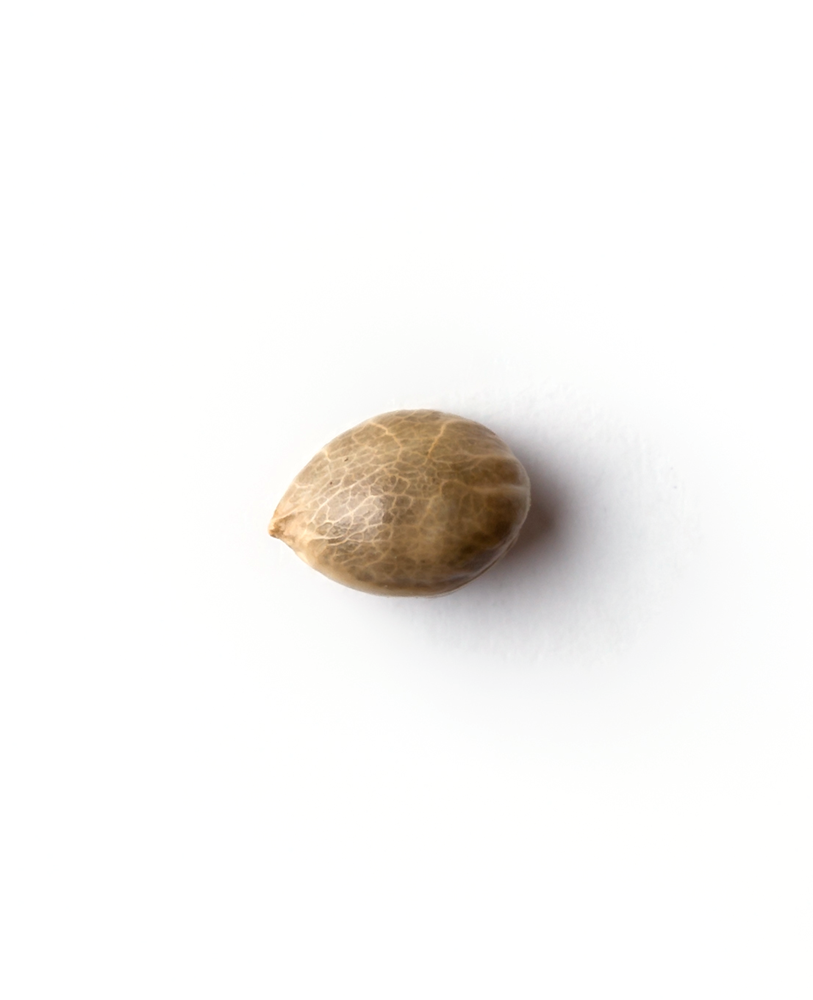 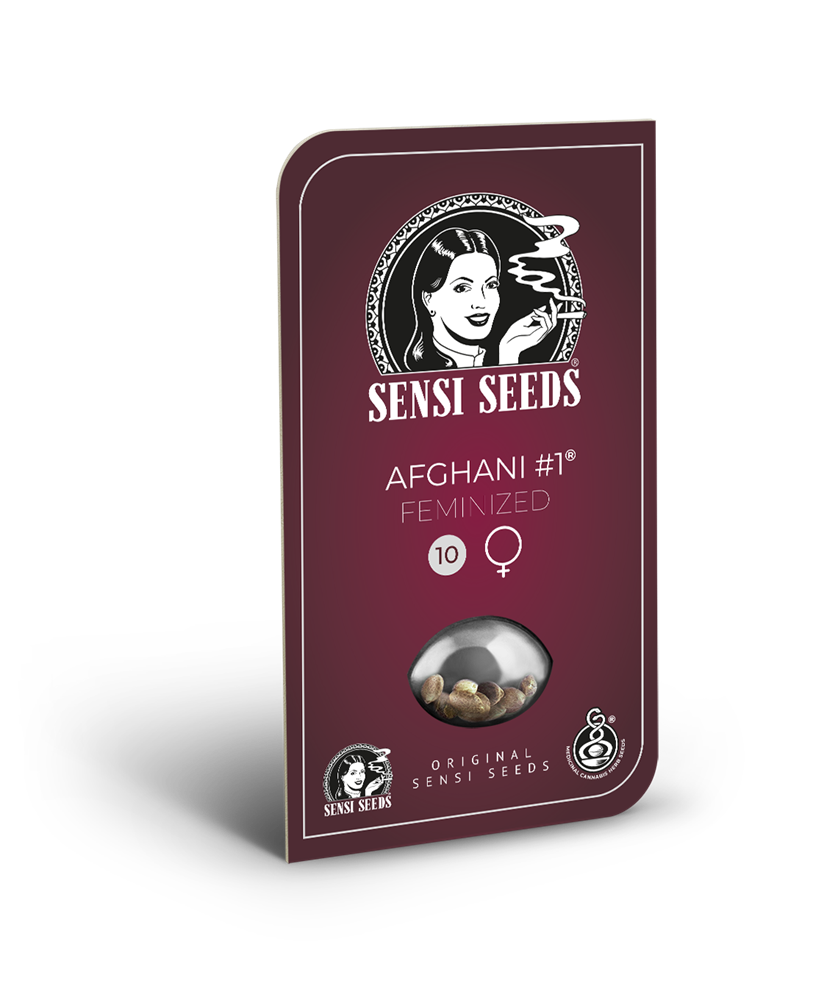 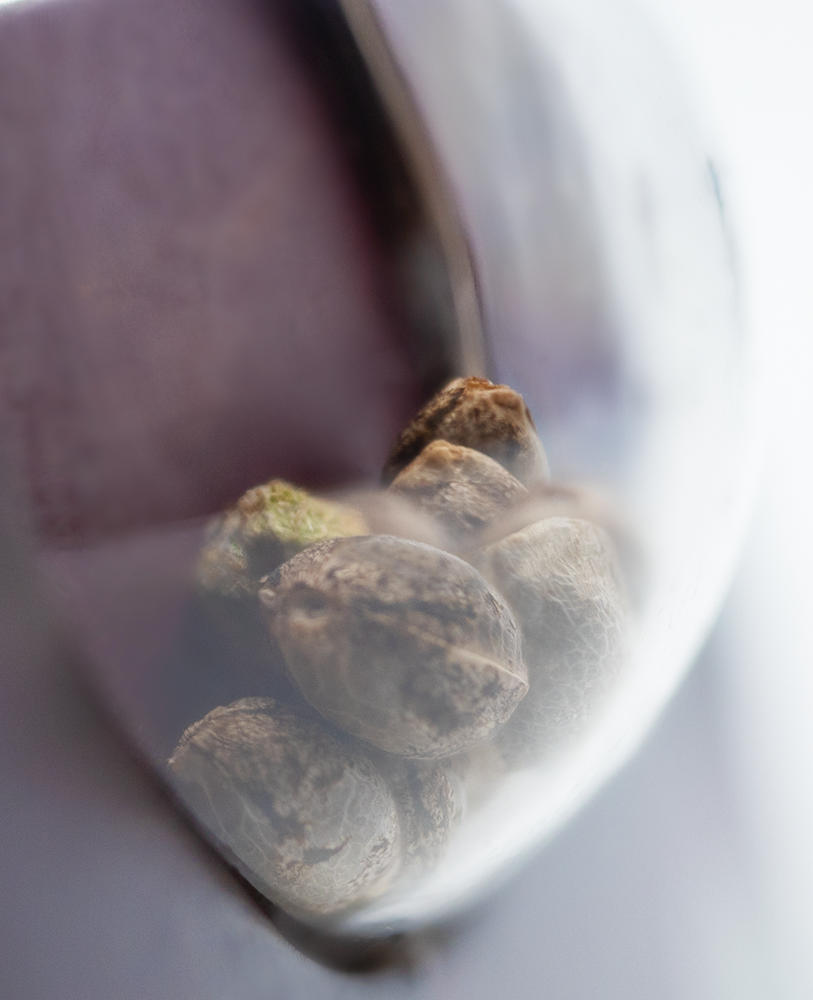 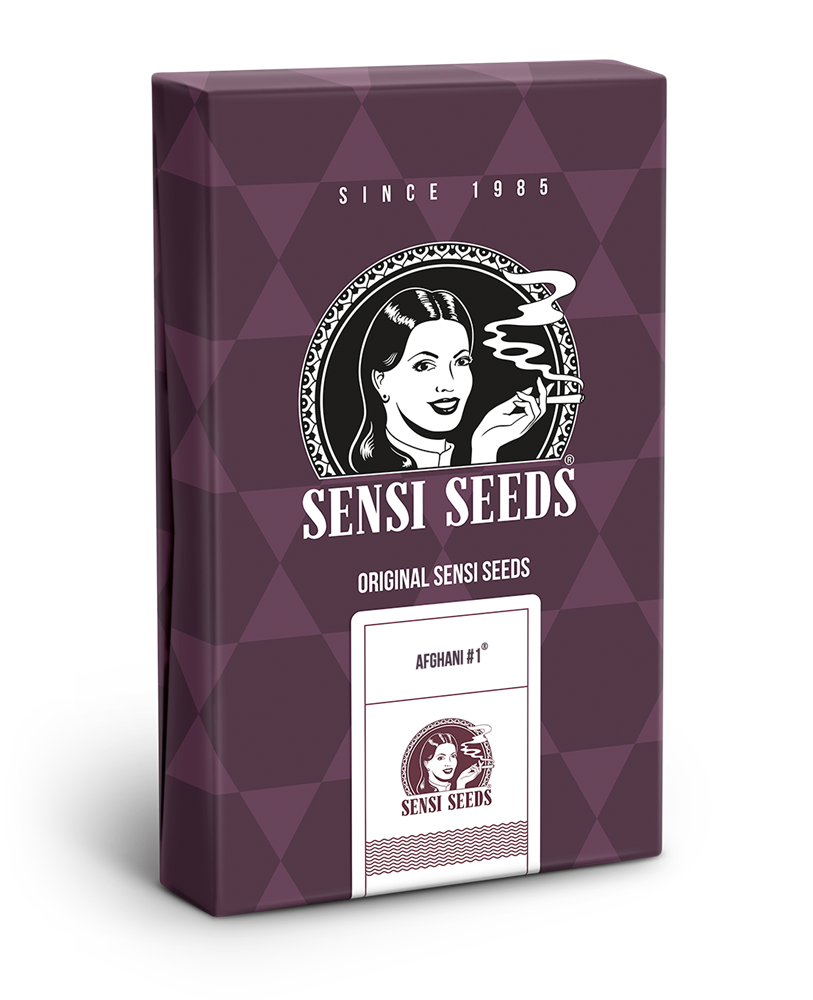 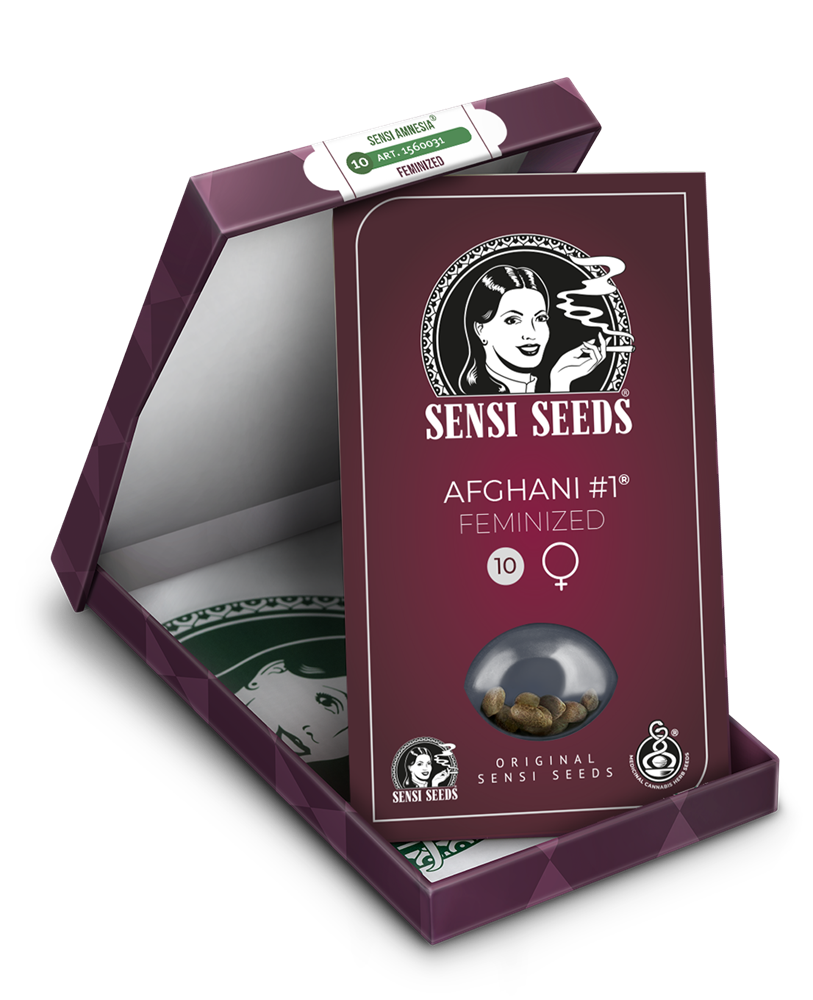 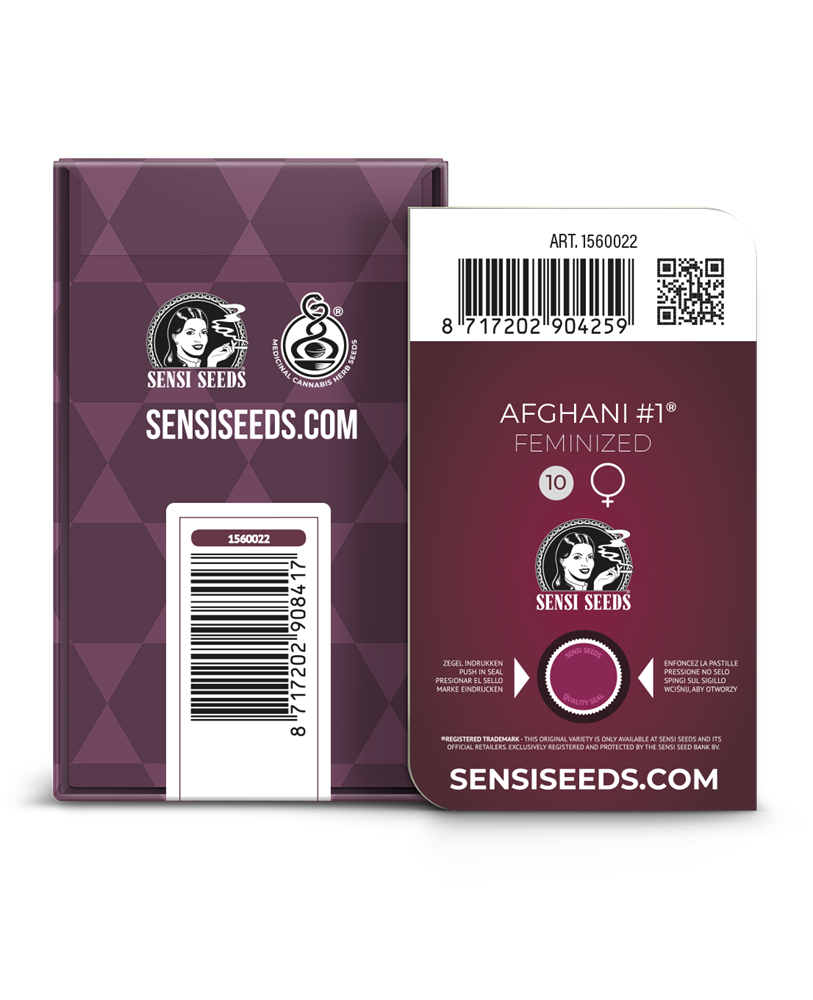 Afghani #1 Feminized is one of the most popular indicas in the world of cannabis. Its feminized seeds promise successful cultivation, even for novices. The thick, resinous buds are guaranteed to put a smile on your face! Are you ready for a full charge of indica power?

Afghani #1 Feminized delights growers with robust, fast-flowering plants with thick buds. If you’re looking for a genuine indica, this cannabis strain could be just the thing. Originating from our own hash plants, Afghani #1 yields solid results.

Although the name Cannabis indica originates from India, the best pure indicas are grown in Afghanistan. They are compact, potent and packed with buds – precisely the fine specimens yielded by Afghani #1.

For an optimal harvest, these feminized cannabis seeds should be planted at least eight to ten weeks ahead of the flowering time. Afghani #1 Feminized seeds mature quickly and produce compact, lush buds. You can expect the plant to double in height approximately during flowering. The best results can be achieved with a single main stem and side branches, which should ideally not be pruned.

Very little effort is required to grow this strain. Even as a novice, you can’t go wrong. Because these are feminized seeds, which produce female plants only, there’s no need to weed out the male shoots.

If you want to boost the already rich harvest, try a Sea of Green (SOG). This cultivation technique for experienced growers works both indoors and outdoors. Afghani #1 Feminized is grown mostly under artificial light these days. Outdoor cultivation also promises success in moderate climates with long, hot summers.

Take a look at the buds of the Afghani #1 Feminized and it soon becomes apparent why the predecessors of this cannabis strain are known as hash plants. The copious buds are covered with a thick layer of trichomes (resin glands). These contain more cannabinoids such as THC and CBD than any other part of the cannabis plant. Trichomes can be collected by dry sieving and consumed as kief, or further processed to produce hashish.

Whether consumed as weed, kief or hashish: Afghani #1 delivers the desired effect! Make sure you’ve finished your to-do list before consuming it, because there’s a good chance this potent indica will have you chained to your sofa. The body-centric, deeply relaxing and sensual effect is long-lasting, which many people appreciate. This cannabis strain has also earned itself a name as a natural relaxation aid.

The resinous flavour is a central element in the bouquet of Afghani #1, which is complemented by earthy, sweet and very spicy notes.

Afghani #1 Feminized Seeds is added to your shoppingcart!

Afghani #1 Feminized Seeds is added to your wishlist!