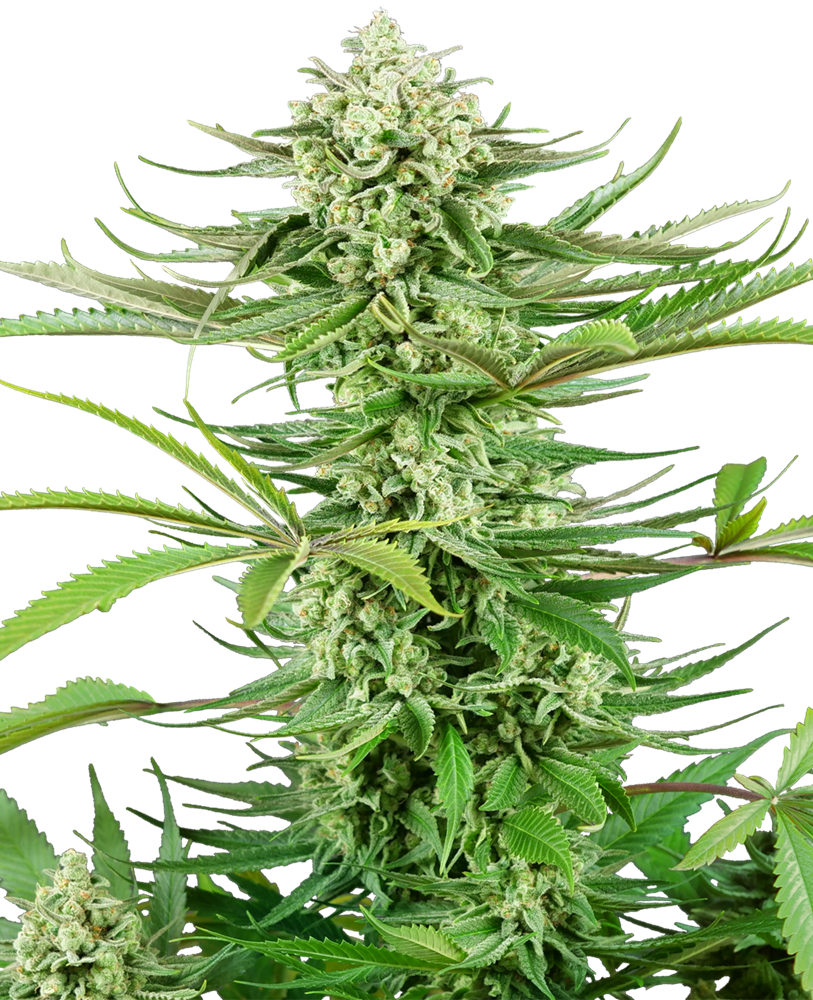 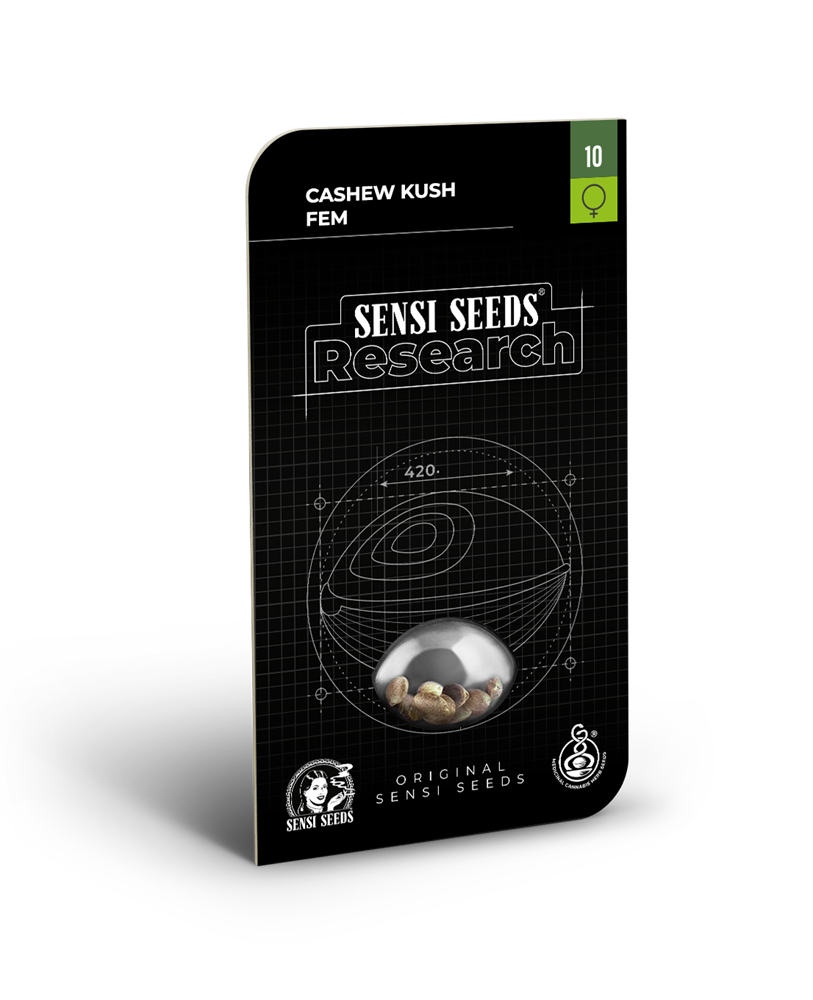 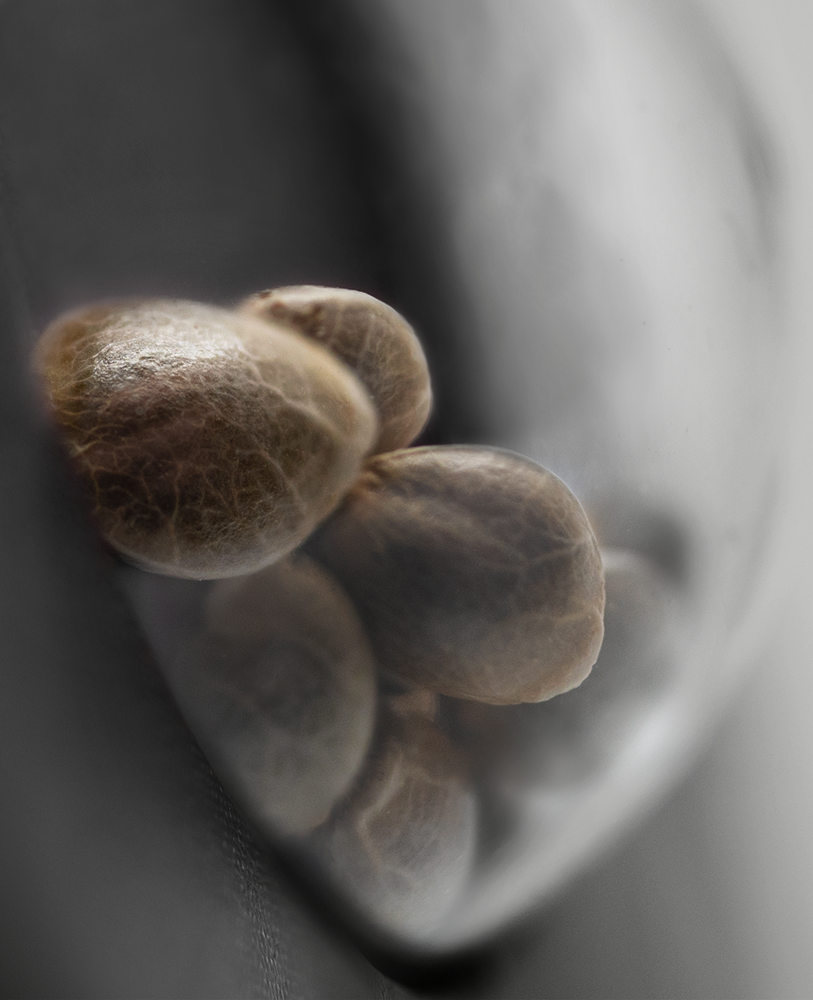 Cashew Kush is a high-yielding strain with 50% indica and 50% sativa lineage. Dense, elongated buds with a generous resin coating are ready for harvest after a flowering period of 55 to 75 days. An uplifting, Haze-like cerebral effect takes hold before developing into a relaxing, full-body sensation. Cashew Kush features a fresh-scented terpene profile.

Cashew Kush brings together two highly acclaimed strains from the USA into one terrific strain. As an outcross of Do-Si-Dos and Mendo Breath, crossed with a Kush, Cashew Kush gives cultivators the best of both worlds. Refreshing scents of lemon and pine enhance other minor terpenes to grab your attention and imagination. Personal cultivators of all abilities can succeed with this award-winning strain. Cashew Kush finishes with light green buds and darker foliage, making it a very photogenic plant.

Cashew Kush Feminized seeds display both sides of its indica and sativa lineage. The contributions from the sativa genetics are recognizable in the stretch at the beginning of flower, which leads to taller plants with larger internodal spacing. Cashew Kush grows in an open structure, allowing better airflow in and around the canopy without heavy defoliation. The indica influence on the genetics provides the robust and sturdy structure supporting the bud covered lateral shoots.

Cashew Kush is feminized, so there's no need to pre-sex plants and worry about unwanted pollination. Cashew Kush has a flowering time of 55 to 75 days, and ripeness is best determined by inspecting the colour of the trichome heads and pistils. Due to its relatively average flowering time, Cashew Kush goes great in gardens with multiple hybrid varieties.

Growth during the vegetative stage is steady but not explosive. Cashew Kush will maintain a smaller profile until flowering is initiated. There will be an explosion of growth development at this stage, and Cashew Kush will culminate as a medium to tall plant. Indoors, it can reach a height of around 100 to 150 cm and outdoors, growers can anticipate taller plants at about 150 cm and above.

Cashew Kush Feminized seeds are a wonderful yielder in various mediums, including soil, coco, hydroponics, and living soils. The large yields from this strain frequently weigh in at 400 to 450 grams per m2 indoors. Outdoors, with the slightly larger plants, anticipate up to 500+ grams per plant per if grown in optimal conditions.

The resin production of Cashew Kush is impressive, and touching the buds is enough to make fingers stick together. Gloves and a second set of fresh trimming scissors are recommended when manicuring the harvest. Successful growers will be rewarded with dense, elongated, light green buds reminiscent of popular sativa varieties. The foliage finishes darker, creating a photogenic worthy contrast between leaf and bud.

Indoor cultivation of this feminized strain can be accomplished year-round. For outdoor gardens, Cashew Kush prefers a warm, Mediterranean climate to flourish under the bright overhead sun. An enjoyable plant to work with for growers of all abilities, Cashew Kush is suitable for SCROG, SOG, Supercropping and Lollipopping training techniques.

Cashew Kush Feminized has a genetic make-up of 50% indica and 50% sativa parents. The hybrid nature of this strain perfectly captures the flavour and terpene profiles sought after in both the indica and sativa worlds. Cashew Kush is an excellent example of how effect, taste and smell can be perfectly crafted into a new offering.

A popular social strain, Cashew Kush is a pleasureful treat that will usher people into a comforting and peaceful space. Cashew Kush starts with an uplifting and mentally stimulating cerebral buzz. The initial effects have been described as being reminiscent of select Haze varieties. From there, the uniqueness stands out with a long-lasting body stone, ideal for relaxing and mellow occasions.

The smell is minimal during the vegetative stage in normal temperature ranges. As flowering begins, there will be a slight but detectable smell of lemon and pine, accented with nutty undertones. Although its sweet aroma can be pleasing to many cultivators, air filtration systems are often used when gardening indoors.

The complete terpene profile of Cashew Kush doesn't reveal itself until the very end when its flowers are dried and cured. At this stage, successful gardeners are rewarded with a beautiful blend of sweet and sparkling citrus notes—additionally, undertones of pine complete this exclusive strain's uplifting and desirable aromas.

Cashew Kush serves up a welcoming blend of hybrid flavours to experience and appreciate. A sweet and piney profile from the sativa lineage takes centre stage. Adding to the overall performance are earthy notes, common among the purer indica varieties. Completing the flavour palate is a rich, nutty and creamy taste that makes cannabis connoisseurs crave more.

Cashew Kush Feminized Seeds is added to your shoppingcart!

Cashew Kush Feminized Seeds is added to your wishlist!