Cultiva Hanfmesse 2019: All About the Future and Past Editions

Cultiva Hanfmesse in Vienna (usually just called ‘Cultiva’) features over 150 exhibitors, showcasing the latest innovations in the cannabis industry. There are also workshops, expert speakers, and product presentations for visitors to enjoy. The congress often focuses on the laws regarding cannabis use, and its role in medicine, politics and culture.

Type of event – Expo and conference

Practical information / things to keep in mind when visiting Cultiva

There are free shuttle buses from Siebenhirten, taking visitors to the event. These operate during the following hours:

The shuttle buses depart every 15 minutes. Alternatively, visitors can travel to Cultiva using the Badnerbahn (direction Baden, get off at Vösendorf-SCS). Those travelling by car should note that there are limited parking spaces, which cost €1.50 an hour.

Check out this comprehensive article about the Austria’s cannabis laws to find out more. 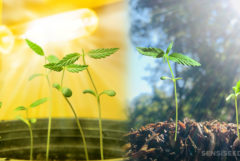 Cultiva is one of Austria’s leading cannabis events, attracting visitors from across the continent. Here’s some insight into what happened in previous years.

What happened at Cultiva 2018?

What happened at Cultiva 2017?

What happened at Cultiva 2016?

What happened at Cultiva 2015?

2 thoughts on “Cultiva Hanfmesse 2019: All About the Future and Past Editions”