We all need to escape from our daily routines once in a while. We go on vacations, play tennis, or relax sipping on a glass of wine. Many marijuana users focus on the here-and-now to forget about their daily routines and worries during a high. There is nothing wrong with those little escapes – as long as they help to lead a happy life.

„Is this not the true romantic feeling; not to desire to escape life, but to prevent life from escaping you.“

We all need to escape from our daily routines once in a while. We go on vacations, play tennis, or relax sipping on a glass of wine. Many marijuana users focus on the here-and-now to forget about their daily routines and worries during a high. There is nothing wrong with those little escapes – as long as they help to lead a happy life.

From Little Escapes to Escapism

For many, however, marijuana has become a means to repeatedly escape from stressful situations and to hide from challenges in their lives. They have moved from their little escapes to an unhealthy pattern of escapism. Of course, the use of marijuana is only one of the many means which can be abused for an escapist stance towards life. Alcohol or activities such as playing a computer game or watching television can be likewise abused for the same purpose.

Marijuana certainly has a great potential to relieve stress, both physiologically as well as psychologically speaking. As to the latter, many who are mainly seeking the stress relief effect of marijuana settle for being “dazed and confused”. To achieve this state of mind, they tend to consume cheap low-quality marijuana which has been harvested too late and stored in the wrong way – exposed to light, oxygen and warm temperatures. A bigger proportion of the THC has then degraded to CBN (cannabinol), which generates a more sedative and confusing state of mind.

Those users want to get more “stoned” than being “high”. This bad quality and the resulting effects are all that many consumers can afford on the black market anyway. The resulting altered state of mind delivers the desired relaxation and the mental escape; on the other hand, however, these users do not fully experience the wide range of cognitive enhancements which good marijuana can potentially generate under favorable conditions. 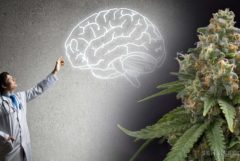 10 Most Useful Mind-Enhancements of a Cannabis High

We need to understand that decades of prohibition have actually led to this widespread abuse of marijuana solely for the “dazed-and-confused” effect described above – in various ways. About 40 years ago growers started to use an Afghani indica strain (or, “broad leaf” – cannabis variety) to generate hybrid cannabis strains with a more compact shape, high THC-content and short harvest cycles. They created cannabis plants for growers who wanted a bigger yield, smaller plants to be grown indoors, and a high ration of THC for a better “punch”. As a result, cannabis plants – even the landraces growing in the wild – have changed worldwide and most strains today contain significant levels of the sedative terpene myrcene – a genetic heritage of the Afghan genetics mentioned above.[1]

Also, the prohibition has hindered a free flow of information between users, producers, and scientists. The market is not transparent and users are often completely uneducated about what they consume, so many of them end up getting bad quality and often even laced marijuana. Many users have never experienced the full range of the mind-altering potential of marijuana.

And, of course, the prohibition has generated a widespread desire for more escapism. During a prohibition, those who develop a problematic relationship with marijuana are not only left alone by society, but are also criminalized. Many users then react to more trouble with more escapism, using more bad marijuana – they go in a downward spiral.

To conclude, then, prohibition has obviously played and still plays a decisive role in influencing an unhealthy dynamic system of growers and users, a system leading to an impoverished use and often a misuse of bad quality marijuana to simply sedate and to daze and confuse users seeking to escape from their every-day worries.

In a legalized and regulated market as we can see it now in some parts of the U.S., in the Netherlands, or in Uruguay, we can observe that many users know much more about their strains. They have access to a better quality of marijuana and they can afford a much better quality for their money. Many users do not only get to know countless medical uses of marijuana, but also rediscover and explore the many dimensions of a marijuana high for inspirational and other uses.

I have argued in several places places that if used with skills and knowledge, the marijuana high can bring a whole bouquet of perceptual and cognitive enhancements: a hyperfocus of attention, intensified sensory experiences, as well as the enhancement of episodic memory, imagination, pattern recognition, creativity, introspection, empathic understanding, and insights.[2]

Instead of using marijuana solely for the purpose of relaxation, to stimulate appetite, or to enjoy the euphoria of a high, users start to mind-travel on marijuana and to use these enhancements to compose music, to get creative in the kitchen, to come to a better understanding of their friends, to generate scientific or personal insights, or to make love. They are not going around in circles anymore like many escapists, but instead use marijuana productively to mind-travel and to personally grow. These users describe marijuana as a huge enhancement in their lives.

The stereotype of the lazy, dysfunctional stoner, then, is not misleading and wrong in the sense that this type of users would not exist. They do exist, and there are way too many consumers who abuse marijuana for escapism. However, it is not an intrinsic property of marijuana to automatically produce this dysfunctional state. The problem is generated to a large degree by the prohibition leading to various conditions leading to this widespread abuse and to the consumption of bad marijuana. Also, the problem is generated by a socially cold, materialist neo-liberal society in which many constantly experience too much negative stress, causing them to look for tools to escape. 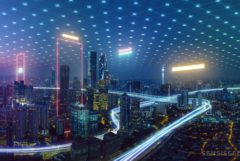 Legalization, Education, Use and Abuse

Do more people use more marijuana when it is legal to do so? We know from many comparative studies about this subject that this is not necessarily the case.[3] However, I believe that it is time to ask a more relevant question: if we legalize marijuana and educate the public better, will we manage to get less people to abuse marijuana like many do so for escapism? We have every reason to believe so. As we can clearly see now in some parts of the U.S., medical marijuana users with a whole range of indications profit immensely from various cannabis strains developed for their special needs. All consumers now have a transparent market, they know what they buy and they get a much better quality of marijuana for their money. They have a better access to knowledge about how to best use marijuana, about the real risks and its potential. They can more freely experiment with marijuana to find out how they can use it for their own purposes. These are necessary conditions for users to become connoisseurs; and only skills and knowledge will lead them to a more meaningful relation with marijuana.

Maybe we should not worry that much about the total number of marijuana consumers and worry more about the number of unhappy people.

[3] For a good overview of some studies on that subject matter see http://norml.org/aboutmarijuana/item/marijuana-decriminalization-its-impact-on-use-2.