Photosynthesis: What Happens During the Dark Phase & Photorespiration?

The dark stage of photosynthesis is an intricate process where NADPH and ATP are used to produce carbohydrate molecules (or sugars). Unlike the light phase, it can happen in light or darkness. This guide will explain how photosynthesis’ dark reaction works, its benefits and why it’s important.

During the light phase, a set of biochemical processes occur in the plant leaves through the action of light. Light energy is captured by structures called photosystems. Through the splitting of water molecules, the chemical energy released is used to synthesise two basic molecules of plant metabolism: ATP and NADP.

The formation of ATP is called photophosphorylation, of which there are two varieties: cyclic and noncyclic. This light phase is necessary for the following phase, the dark phase, which doesn’t necessarily need the presence of light. This occurs in the chloroplasts and depends directly on the products obtained in the light phase.

What happens during the dark phase of photosynthesis?

In the dark phase (which takes place in the stroma), the ribulose bisphosphate added to the carbon dioxide gas (CO2) in the air results in the production of organic compounds, principally carbohydrates or sugars, whose molecules contain carbon, hydrogen, and oxygen. This cycle of transformation is called the Calvin Cycle.

The first stage of the dark phase is carbon fixation, which occurs differently in different plant species. At a physiological level, cannabis is classified as a C3 plant. This is because it uses carbon dioxide molecules in threes.

Other plant species use them in groups of four, such as CAM and C4 plants, which we won’t be covering in this particular article. The other two stages of the dark phase of photosynthesis are reduction and regeneration. Let’s see what each of these stages covers.

After the formation of glucose, a sequence of chemical reactions occurs, which leads to the formation of starch and several other carbohydrates. With these products, the plant makes the lipids and proteins required for the formation of plant tissue. For example, the starch produced mixes with the water present in the leaves and is absorbed via minuscule tubes in the plant stem which transport it to the root, where it is stored.

This starch is used to make cellulose, the main component of wood. However, these processes are a lot more complex and therefore won’t be covered here. So let’s continue with the other part of the process.

What is photorespiration and are there any benefits?

Photorespiration is a process that occurs in the leaf mesophyll in the presence of light and where there is a high concentration of oxygen. This is an “error” in the Calvin Cycle because the most efficient process for the plant – from an energy point of view – would be carbon fixation. The cause of this is that plants evolved in an environment in which the atmospheric carbon dioxide concentration was higher than it is now, and in which the probability of producing photorespiration was extremely small.

Nowadays, the atmosphere is less rich in carbon dioxide. This is why when cannabis is cultivated in atmospheres enriched with carbon dioxide, the final production increases as well as the speed of flowering. As there is less competition between molecular oxygen (O2) and CO2, photorespiration occurs less often and the plant’s metabolism functions more efficiently.

In fact, scientists have just discovered that plants engineered to use a photorespiratory shortcut could dramatically boost their yield (that could feed up to 200 million people).

The most favourable temperature for carbon fixation in terms of photorespiration is 24-25 ºC. This is why it’s always recommended that the grow room be kept at this temperature. If carbon dioxide is added, the ideal temperature increases to approximately 28 ºC.

The photorespiration process preserves an average of 3/4 of the carbohydrates of the RuBP, which react with oxygen. Competition between CO2 and O2 because of the RuBisCO enzyme explains the strong inhibition of photosynthesis of C3 plants in conditions of low levels of CO2, and the increase of photosynthesis under low levels of oxygen. In terms of productivity, photorespiration is a process that reduces the fixation of CO2 and plant growth.

However, now we know that the photorespiratory process is important for removing the excess energy (ATP and NADPH2) that is produced under high levels of radiation or that remains unused under situations of water stress for example.

The chloroplast absorbs O2, which is catalysed along with the RuBP for the RuBisCO enzyme, transforming it into glycolic acid or glycolate. The glycolate is passed to the peroxisome (membranous sac containing enzymes). With the action of O2, it’s catalysed by the oxidase enzyme, transforming one part into hydrogen peroxide and the other part into glyoxylate, which incorporates nitrogen for transamination and forms the amino acid glycine.

Two of these amino acids are brought to the mitochondria where, finally, three compounds are produced: serine, ammonia and CO2. The CO2 and ammonia gases are then released And the serine returns to the peroxisome, where it’s transformed into glycerate. This in turn is transported to the chloroplast and reintegrated there into the Calvin Cycle as 3-phosphoglycerate through the consumption of one molecule of ATP. 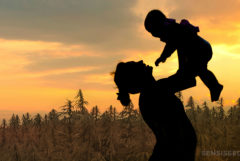 Cannabis Use During Pregnancy, Labour and Beyond

The verdict: the importance of photosynthesis

Photosynthesis is a biochemical process at a cellular level, which could at first appear insignificant. However, it has more repercussions in our lives than we could possibly imagine. The quality of the air we breathe depends solely on photosynthesis, and it is thanks to photosynthesis that the primitive atmosphere was changed to allow animals, plants and humans to thrive.

Solar energy captured by the photosynthesis process is the source of much of the energy used by man to satisfy the demand for light and heat. Within this process, the impact of photons of light on chlorophyll and the photolysis of water are the source of a state of molecular imbalance, which is constantly rebalanced thanks to the flow of protons through the thylakoid membrane. This is known as the light phase.

The dark phase consists of the transformation of carbon dioxide into glucose and other carbohydrates through the use of the chemical energy from the products of photophosphorylation. This energy, stored in the form of ATP and NADPH, is used to reduce carbon dioxide to organic carbon.

This function occurs through a series of reactions called the Calvin Cycle, activated by the energy of ATP and NADPH. This results in oxygen, which is released into the atmosphere, and glucose, which serves as nutrition for the plant.

Since we rely on plants to provide the oxygen we breathe, it’s important to provide them with plentifully, healthy environments to do so.

19 thoughts on “Photosynthesis: What Happens During the Dark Phase & Photorespiration?”