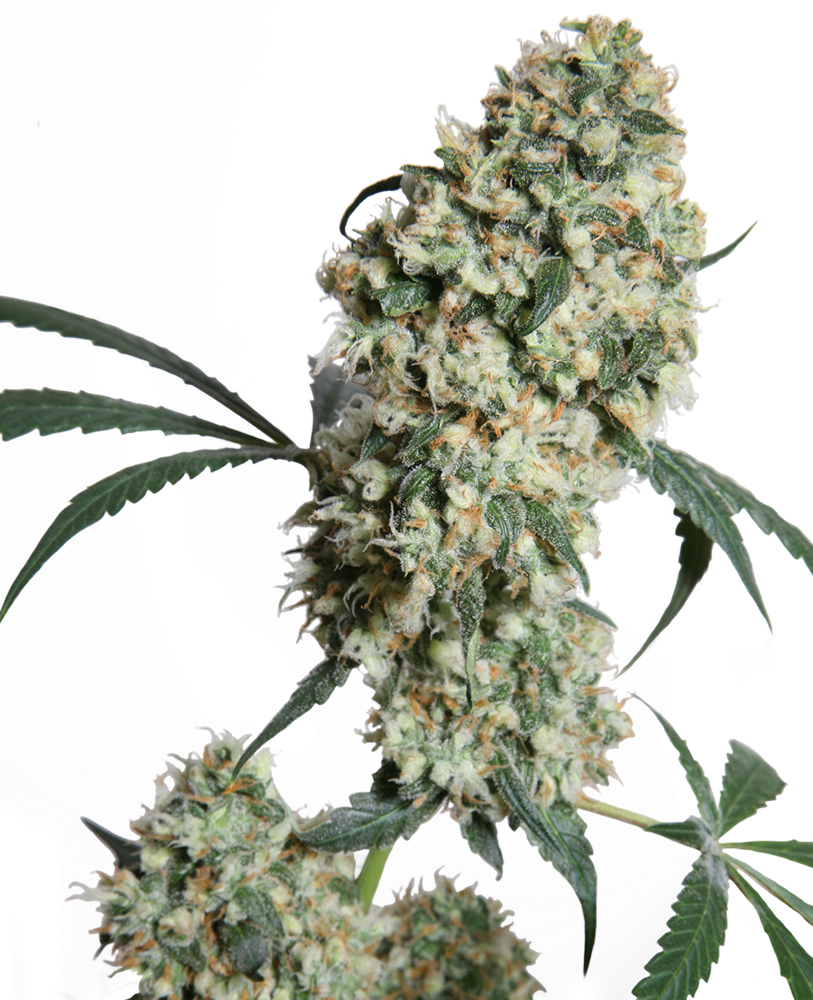 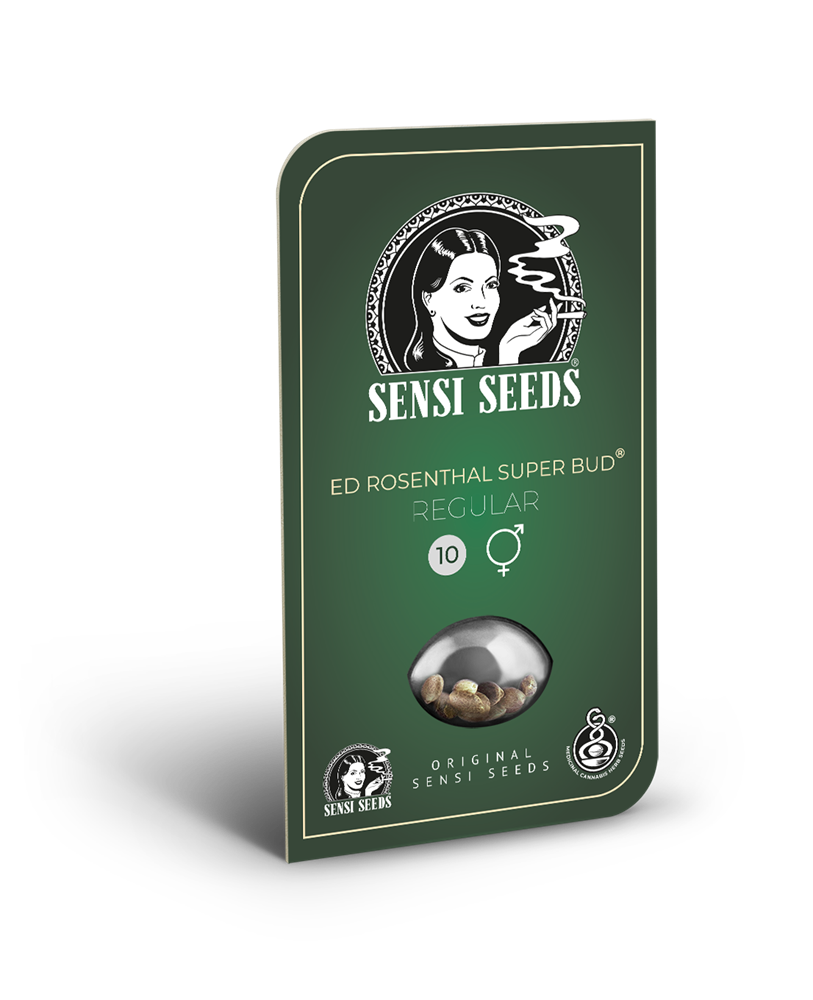 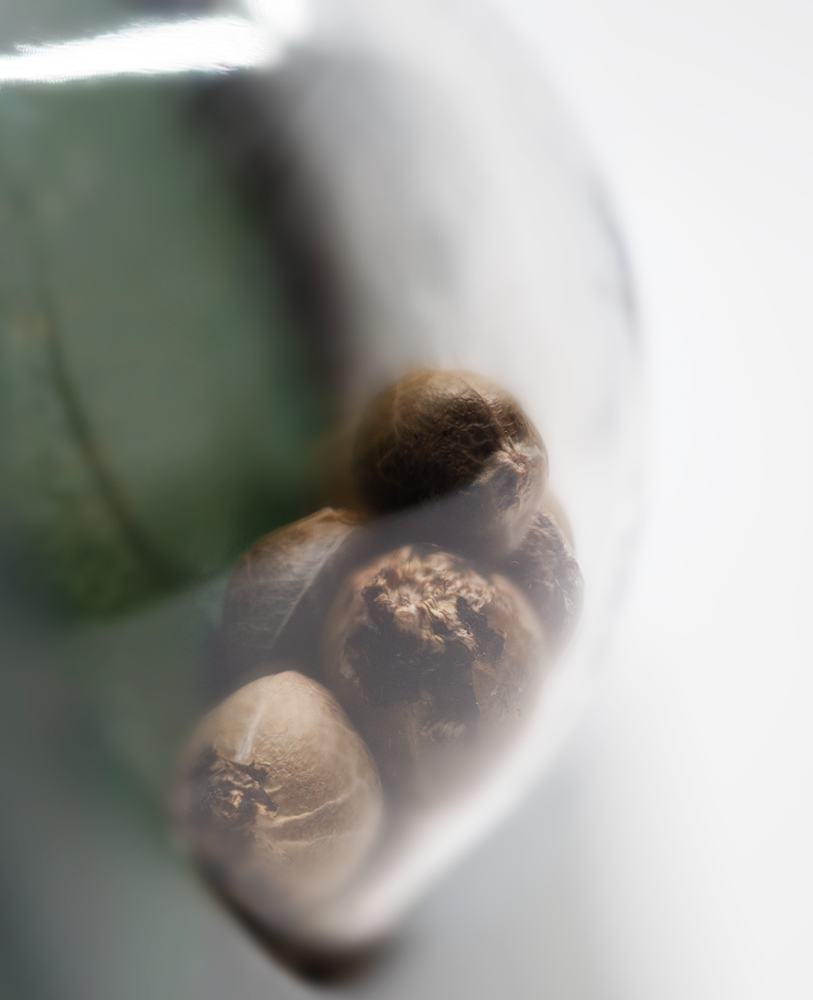 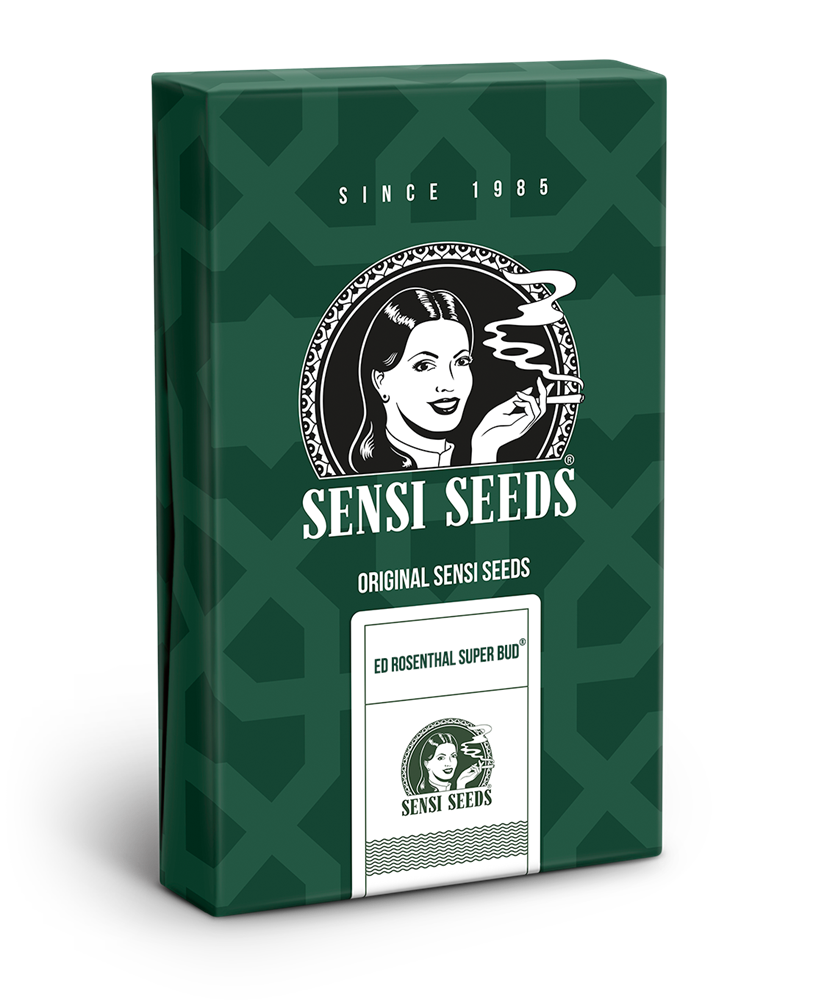 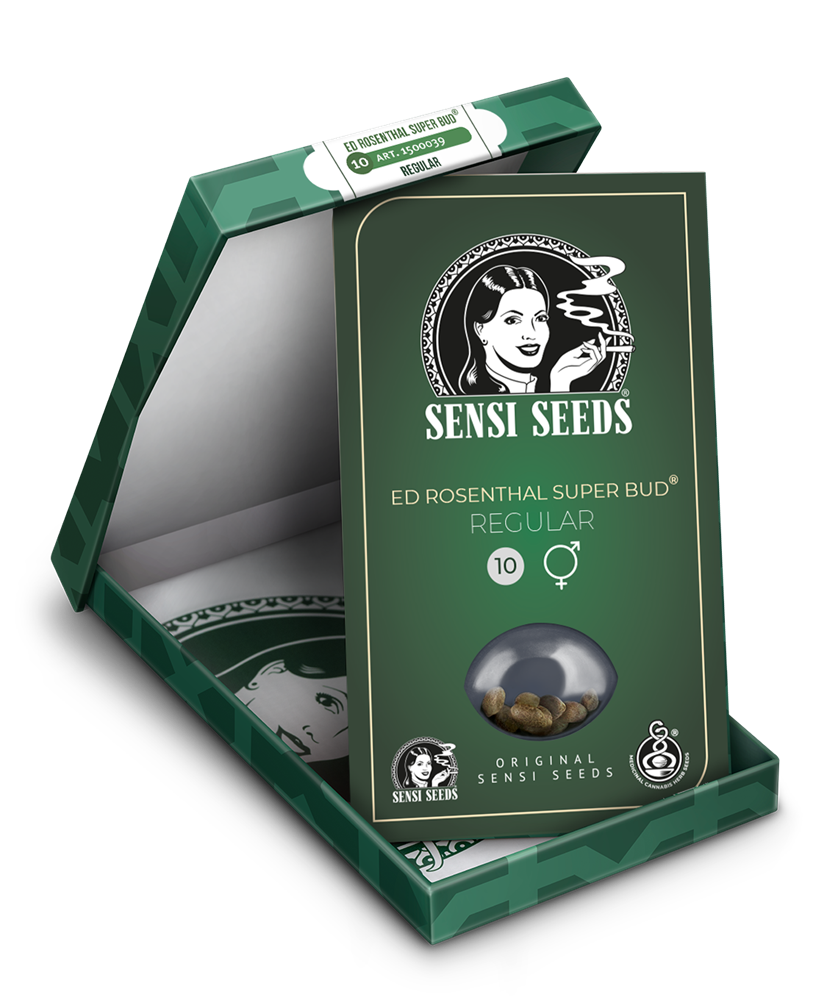 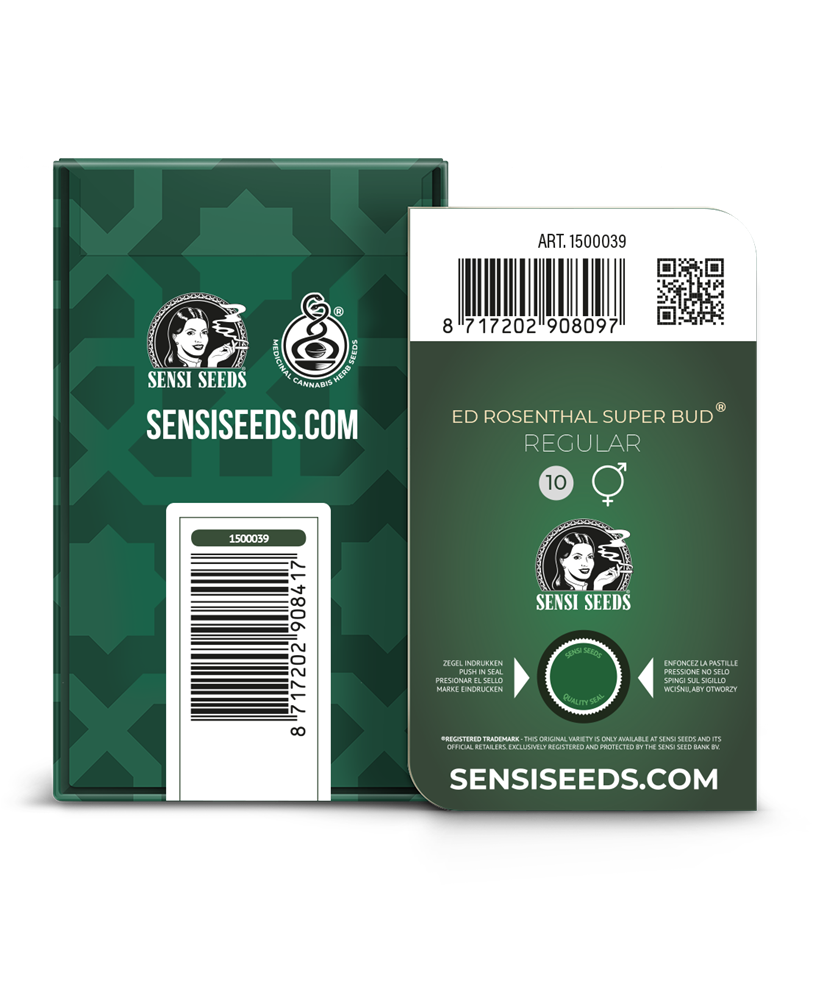 Ed Rosenthal Super Bud Regular is 50% sativa, 50% indica. Like an indica, it has densely packed buds, and produces extra-large yields. However, the buds are often pure sativa; massive and sweet-smelling. The plants can be compact when grown inside, but outdoors, may grow as tall as 300 cm. The scent they produce is distinctly fruity, with a strong note of pineapple. Users particularly appreciate the clear-headed, euphoric, relaxing high.

Ed Rosenthal Super Bud Regular is notable for perfectly balancing both sativa and indica genetics (it is a 50% split of each). This results in a plant that produces extremely large harvests, with a fairly rapid flowering time. The height of this strain can be kept compact indoors, but can reach 300 cm when unleashed outdoors. The scent is of a pure sativa; pineapple-tinged, spicy and sweet. Expect a high that’s both calming and uplifting, with a sense of euphoria.

Ed Rosenthal Super Bud Regular cannabis combines genetics from around the world; Africa, Central America and South East Asia, to name a few; and some of the sativa parentage is top secret.

This is a regular variety. That means that the seeds will produce both female and male plants, which is useful for those who want to generate their own batch of seeds for future grows. The regular strain is also the right choice for growers wanting to experiment with cross-breeding with other varieties.

Ed Rosenthal Super Bud Regular has a relatively swift flowering time of 55 to 65 days. When grown inside, the plants are usually compact, and reach around 80 to 160 cm in height on average. Outdoors, they’re likely to grow much taller; to heights of around 250 to 300 cm.

As the strain is a 50/50 split of indica and sativa, appearances can vary from plant to plant. Some are more sativa in nature, with multiple stems and large, spiralling calyxes. Others look more ‘indica’, with thick central stems and fuzzy hairs on the ends of the buds. Either way, they’re capable of producing formidable yields. When cultivated inside, it’s not uncommon for growers to generate around 500 to 600 grams per square metre. Outside, some plants have been known to produce as much as 1 kilo each.

Ed Rosenthal Super Bud Regular thrives best in Mediterranean climates, with plenty of exposure to warmth and sun. Alternatively, the plants can be grown indoors all year around, in any location around the world. The strain responds well to both lollipopping and supercropping.

Ed Rosenthal Super Bud Regular is 50% sativa, 50% indica. This balance is reflected in the high, which offers the classically indica ‘body-stone’, combined with the uplifting, happy qualities of a sativa. Users often praise the unique blend of relaxation and mental alertness that this strain provides.

The plants have an exotic aroma; a mix of earthiness and fruitiness that reveals its sativa / indica heritage. The overall scent is reminiscent of pineapple, with other notes of citrus coming through; and this strengthens as the buds reach harvest time. The sweet note of pineapple is also evident in the taste.