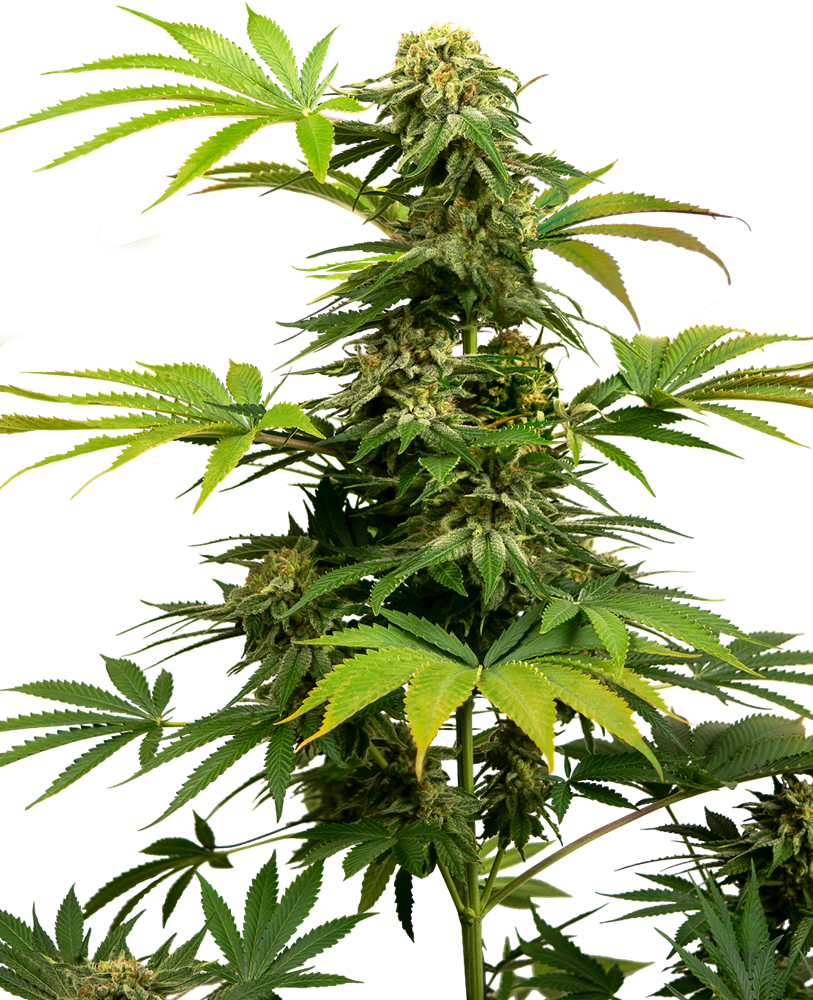 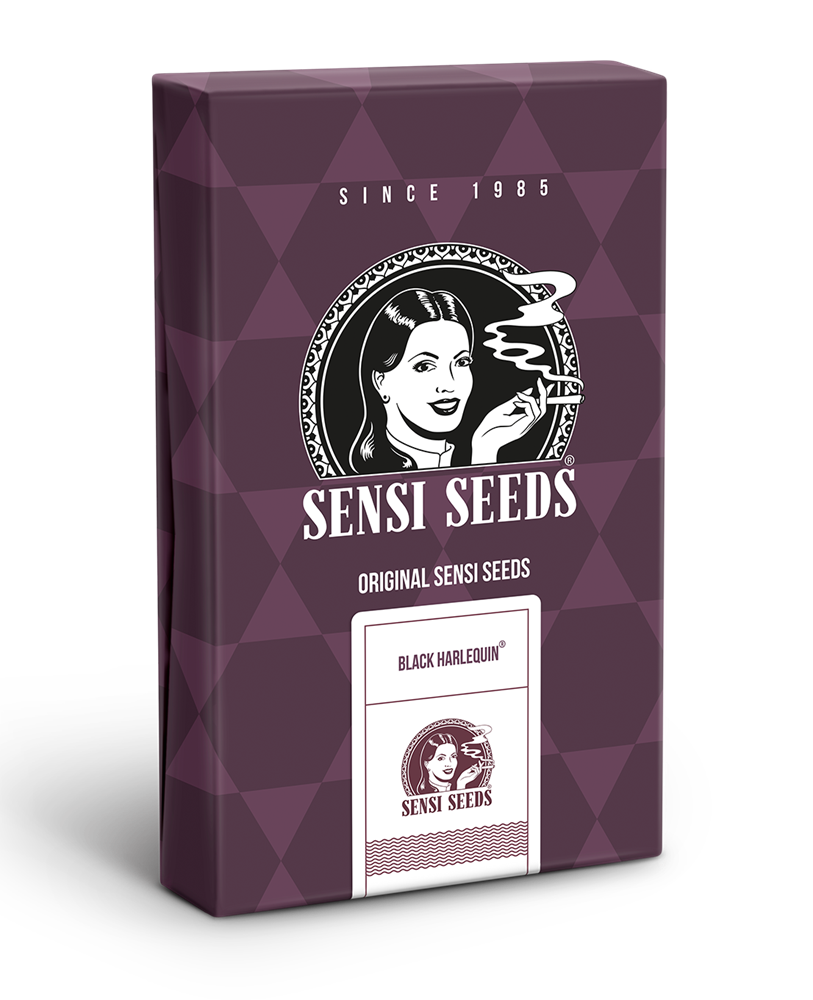 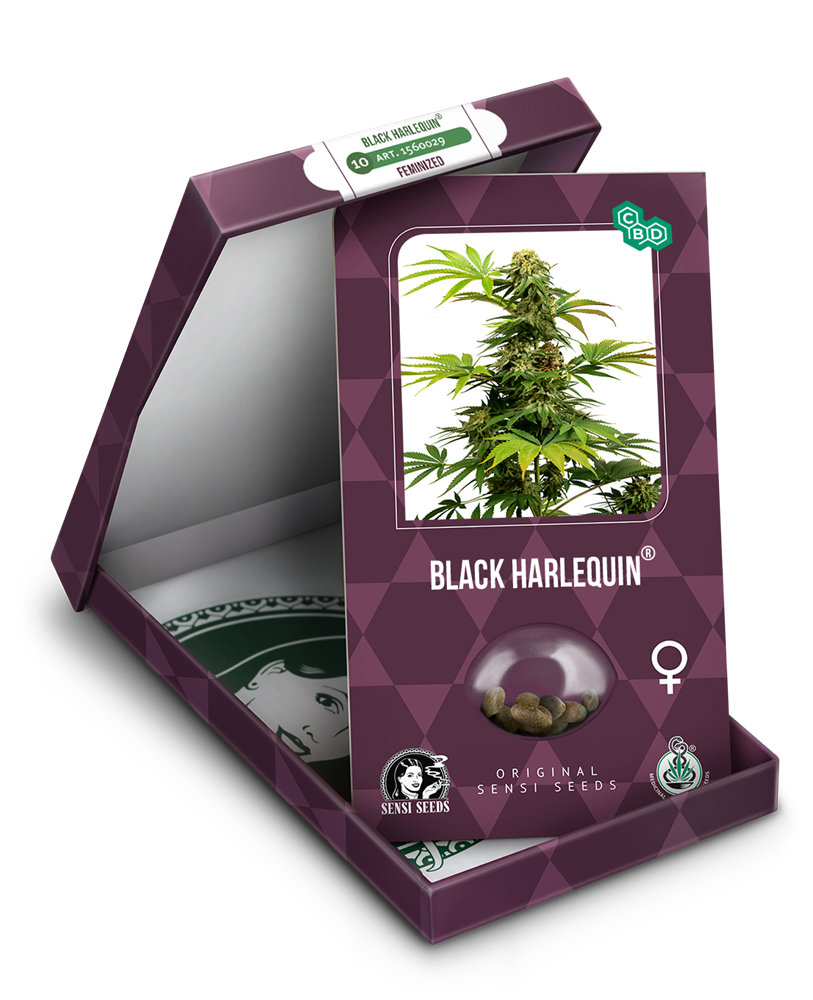 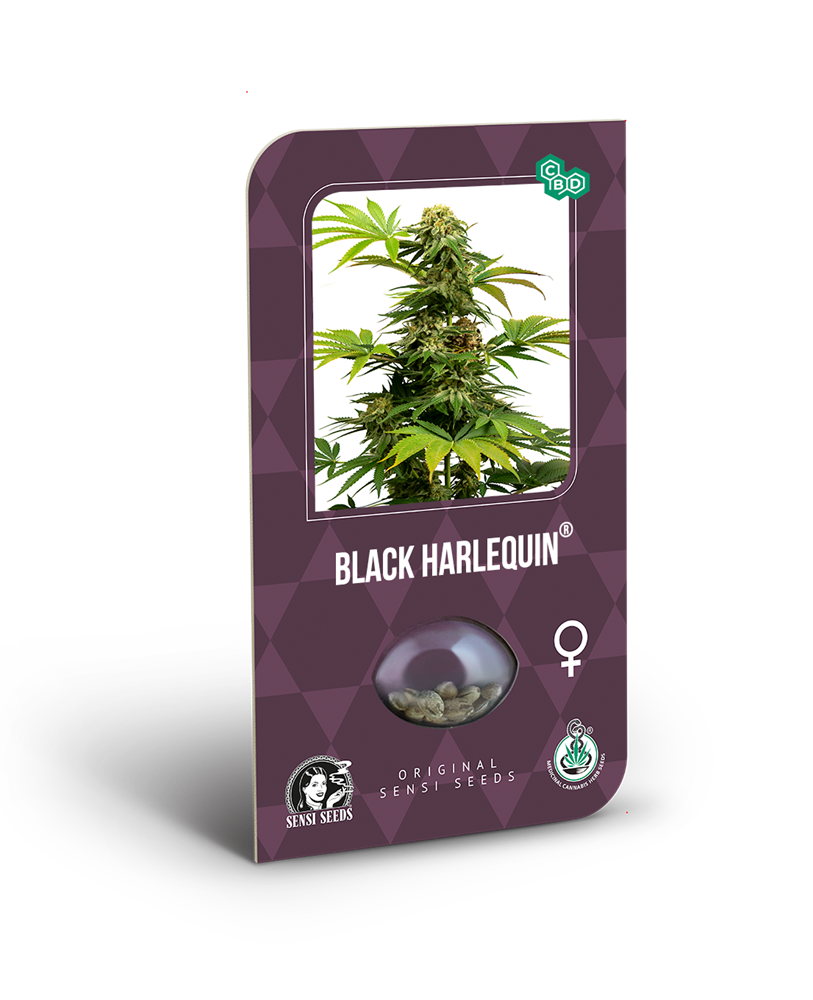 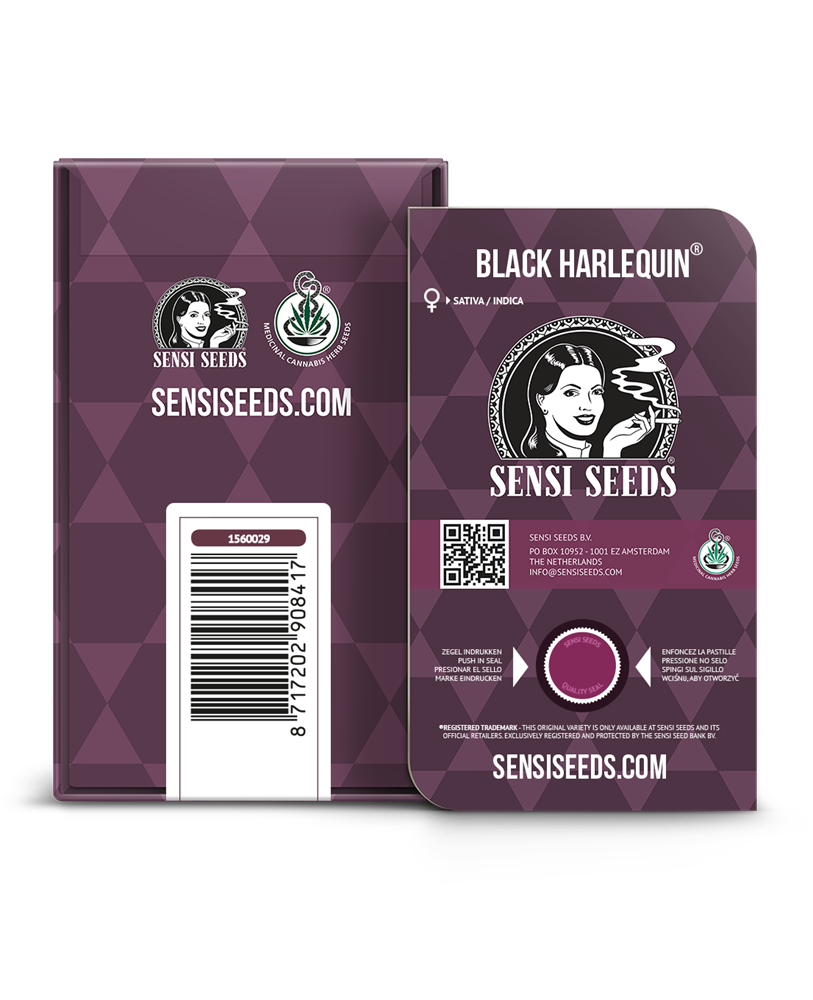 Black Harlequin Feminized is an indica / sativa hybrid. Its genetic pool includes Black Domina and Harlequin, a strong CBD strain from the USA. The plants grow to average heights, and the yields are often extremely large. The aroma and taste are earthy and woody, with floral notes. The strain has a THC / CBD ratio of 1:1, and an effect that’s relaxing and balanced.

Black Harlequin Feminized is an indica / sativa hybrid. Its formidable genetic pool includes our own Black Domina, a Cannabis Cup-winner; and Harlequin, a strong CBD strain from the USA. Growers can anticipate huge yields from their plants, and a scent that’s floral, woody and earthy. They have a THC / CBD ratio of 1:1, and offer consumers a high that’s wonderfully relaxing for the body and mind, with plenty of balance.

This special strain began life as one of our 2019 Sensi Seeds Research varieties. Despite initial plans to only add three of them to our permanent catalogue, this one received such great feedback from our community that we decided to include it too.

This strain is feminized, which is useful for growers who don’t want to have to identify and remove male plants. It makes cultivation easier for novices, and anyone desiring a simple-to-grow variety. The plants have an average flowering period, so there isn’t too long to wait until harvest time.
Black Harlequin Feminized’s plants are usually average in height, both indoors and outside. They’re also capable of producing phenomenally large yields, especially in the hands of a grower with good cultivation skills.

In appearance, the plants are fairly bushy with a thick central cola. They’re also covered in plentiful compact buds. The strain can be grown successfully in both temperate and continental climates, and also does very well when cultivated indoors, at any time of the year.

Black Harlequin Feminized is an indica / sativa hybrid, with a THC / CBD ratio of 1:1. This high CBD content is noticeable in the effect, and the influence of the parent plants can be detected in the aroma and taste.

After consumption, users often report a welcome sense of relaxation, both of the body and mind. Thanks to the CBD levels, it’s also balanced and relatively gentle.

While the plants are growing, they produce an aroma that’s woody, earthy and slightly floral. These notes all become more apparent during the flowering stage, and the bud-curing process. In terms of flavour, users can expect to pick up on the pungent earthiness of the strain, with a delicate hint of sweet flowers and exotic wood.

Black Harlequin Feminized Seeds is added to your shoppingcart!

Black Harlequin Feminized Seeds is added to your wishlist!