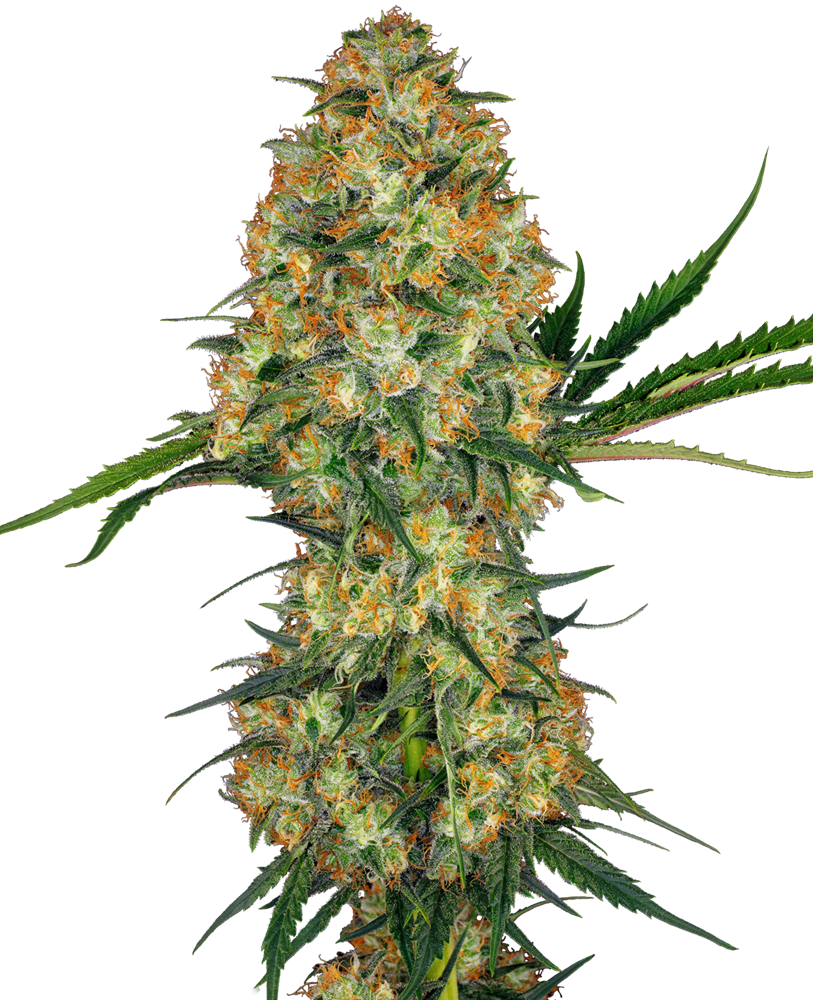 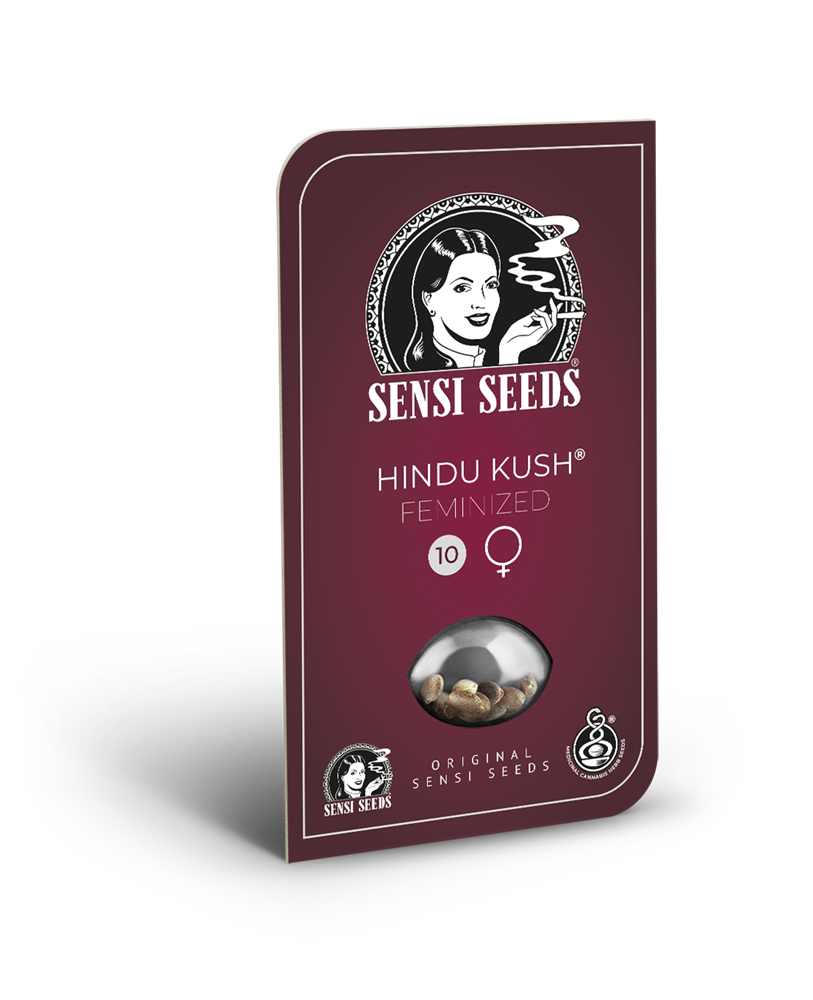 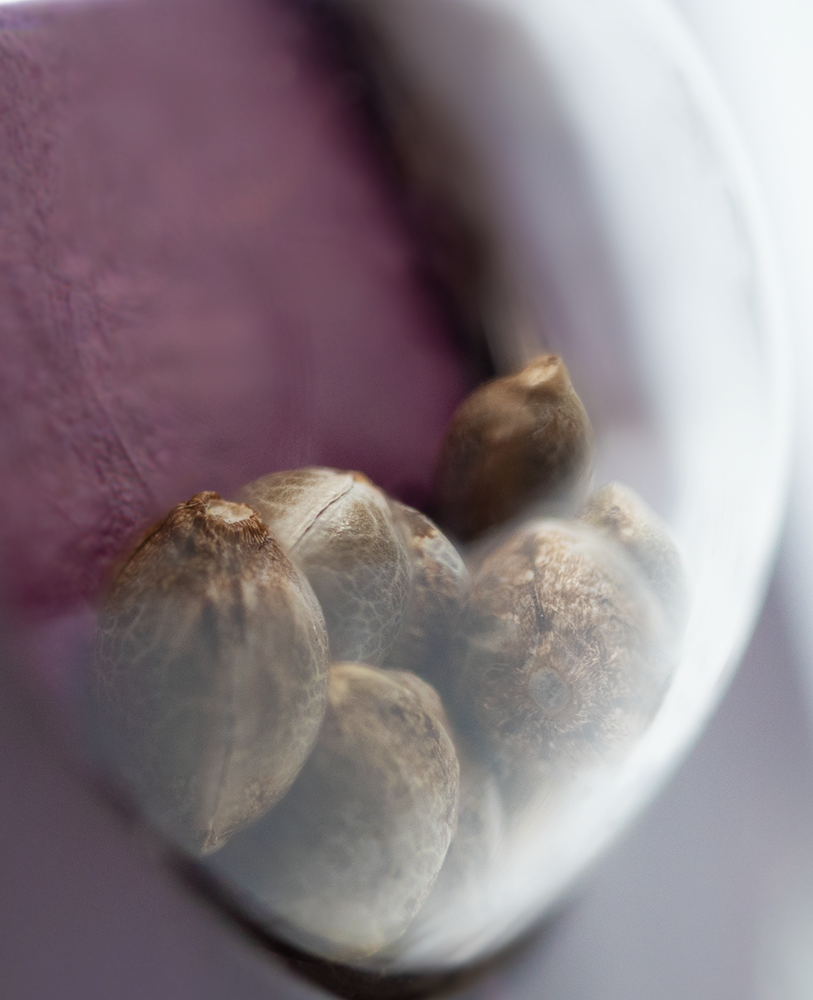 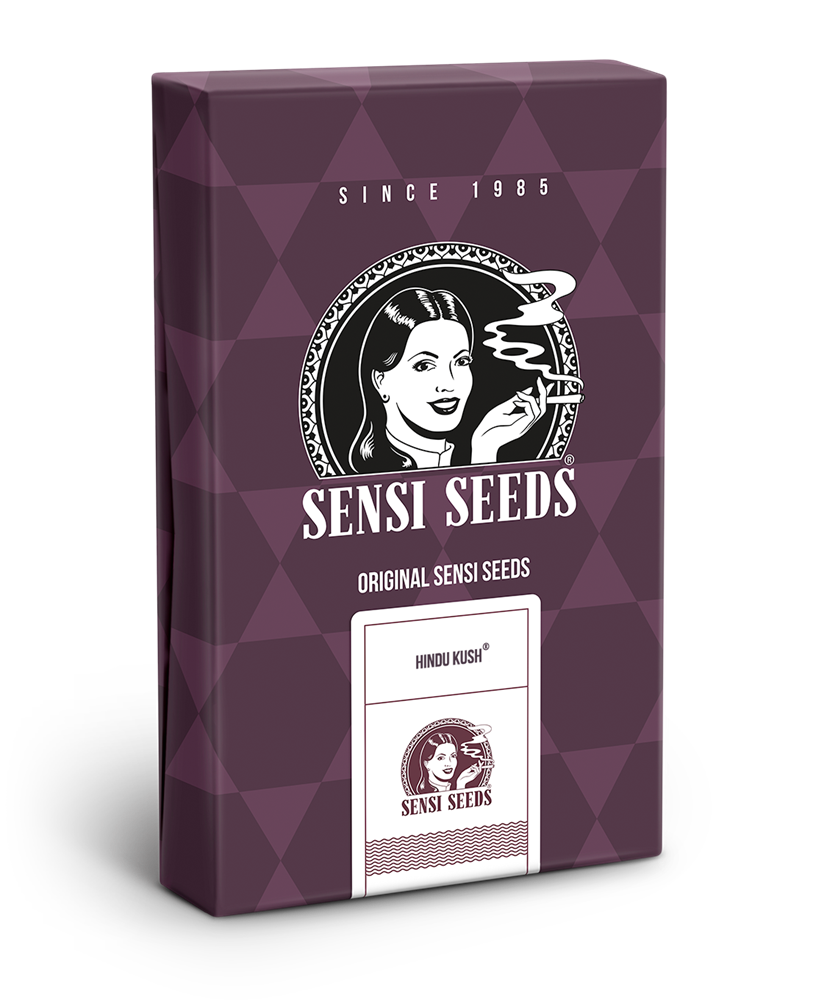 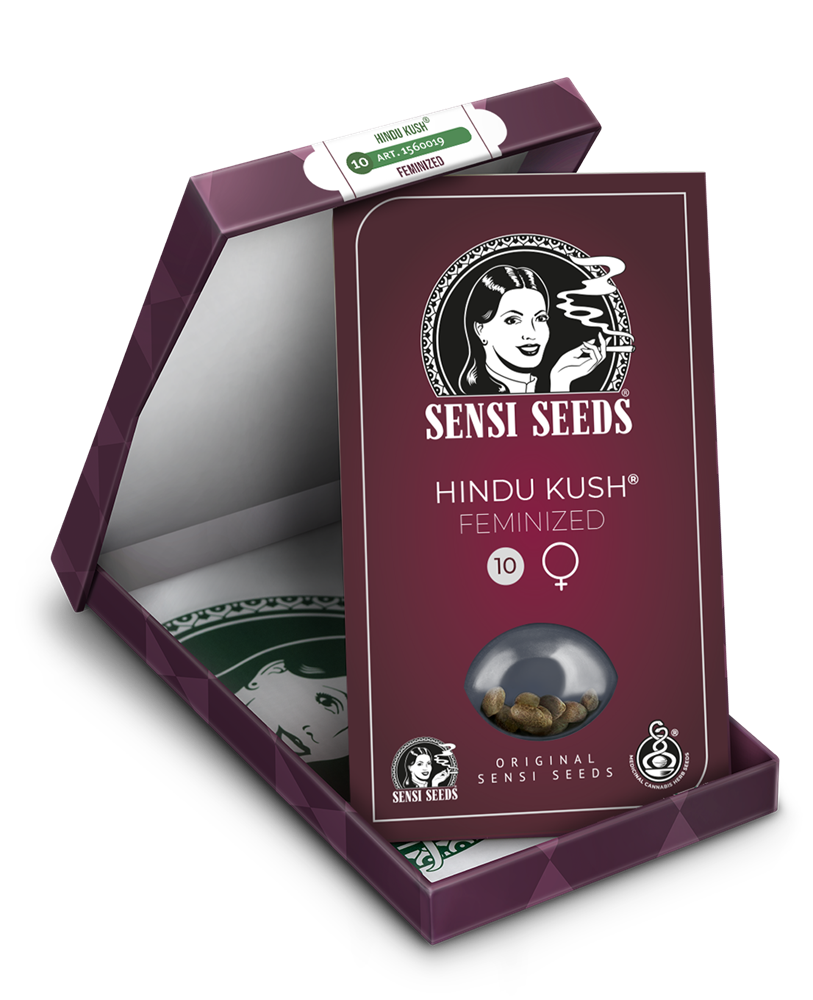 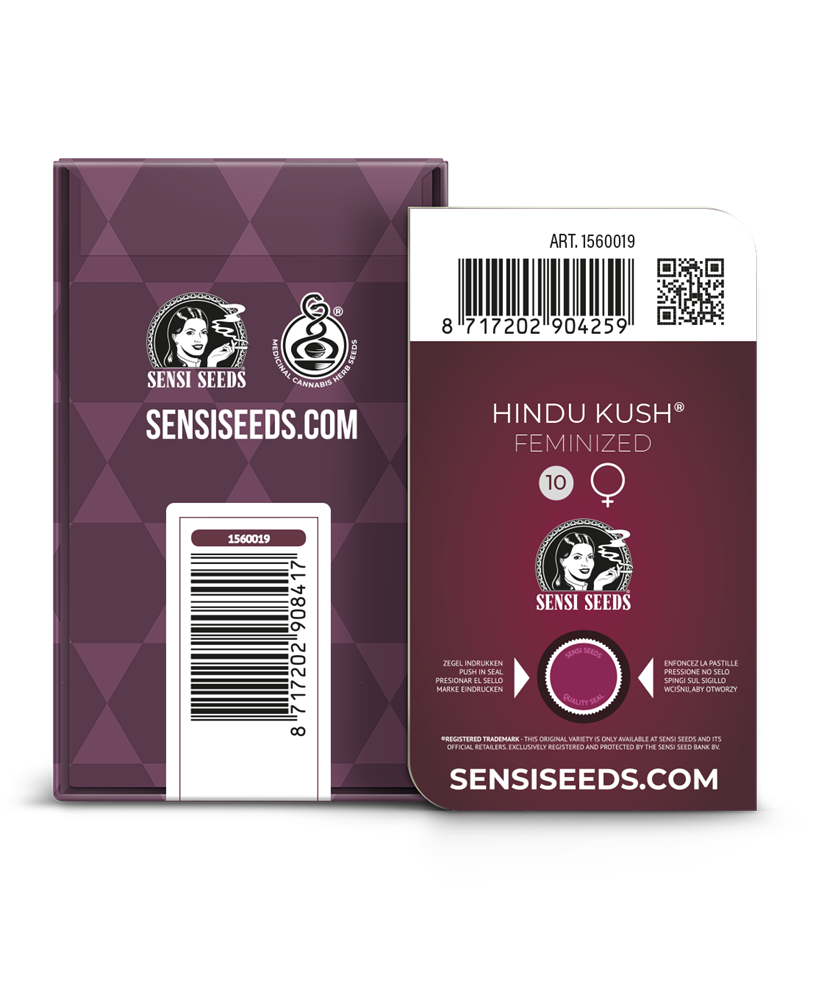 Hindu Kush Feminized makes growing an award-winning cannabis strain even easier. It’s everything fans of pure indicas could want. What makes Hindu Kush so popular, in addition to its enticing sweet and earthy smell with notes of sandalwood and pine, is in particular its deeply relaxing effect. If you are looking to order a true classic among cannabis seeds, you’ve struck gold.

This original, pure indica comes from the Hindu Kush, a remote mountainous region between Afghanistan and Pakistan. This classic variety owes a number of attributes that are beneficial to growers to its origins in the mountains.

The thick coat of trichomes protect the plant against wind and poor weather. The white, glistening trichomes produce perfect hashish. They can also be enjoyed pure as kief. Plants grown from feminized Hindu Kush seeds are resistant to disease and mould. Novices love the great resilience in suboptimal growing conditions or fluctuating temperatures.

Hindu Kush Feminized cannabis seeds produce plants with compact growth, a short flowering time (45 to 50 days) and medium yields. In the right hands, or given a longer growth phase, yields could be even higher. Grown in a moderate climate and given a long summer, the plants reach impressive heights.

These cannabis strains produce short, strong branches with heavy buds that rapidly grow bigger in the flowering phase. These plants hold a lot of their energy in the central cola. This growth pattern makes them perfect for cultivation methods such as Sea of Green (SOG) or Lollipopping.

Expect a distinctive aroma. It is a combination of aromatic woods and classic Afghan base notes. Many other hybrids are based on Hindu Kush, but the characteristic sandalwood flavour remains unique. There is a sweet note at the start of the flowering time, which, after the buds mature, is transformed into a savoury flavour that is immediately recognisable to aficionados.

Hindu Kush Feminized Seeds is added to your shoppingcart!

Hindu Kush Feminized Seeds is added to your wishlist!