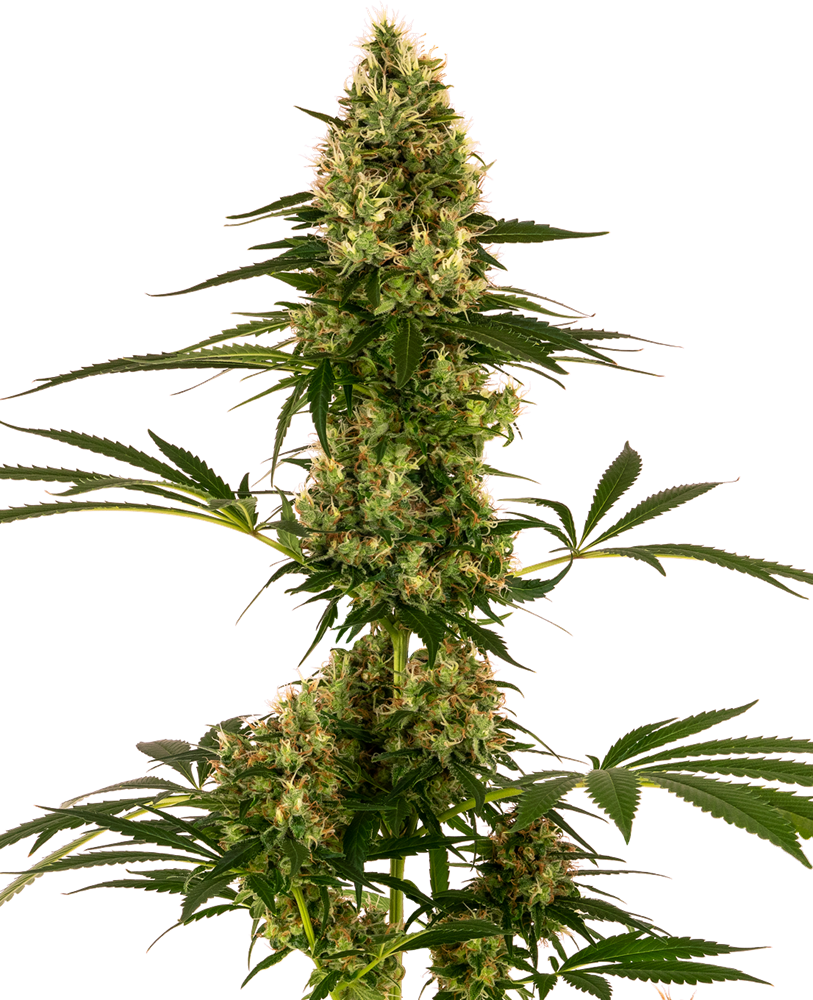 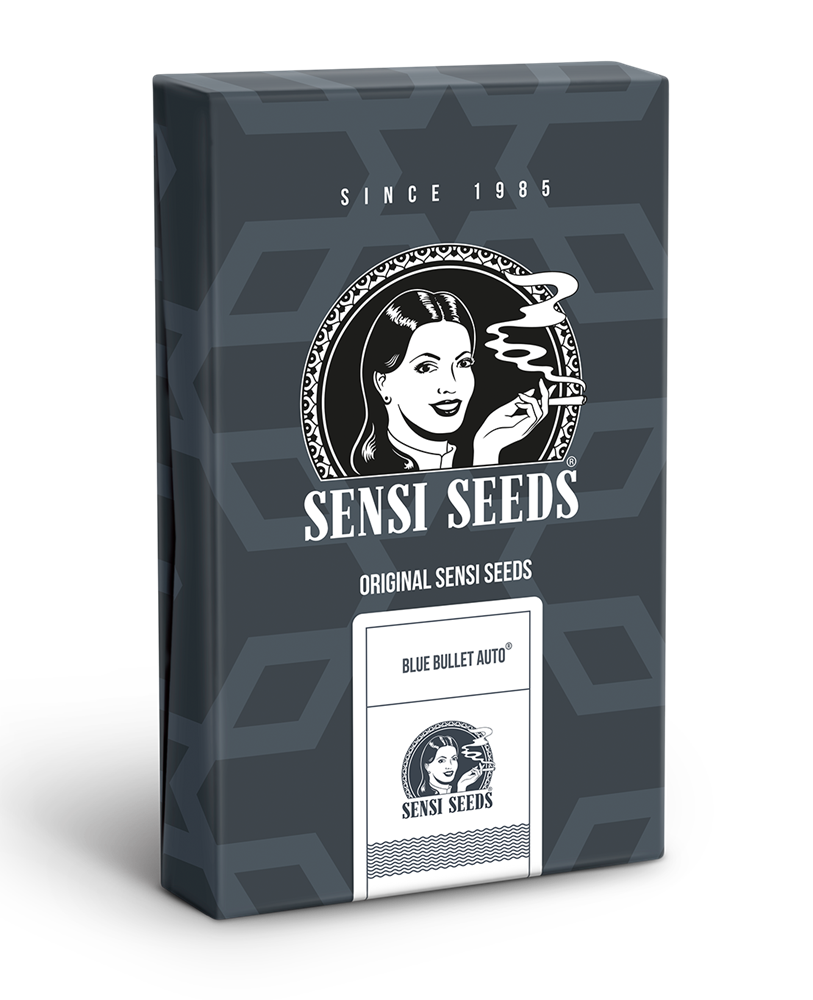 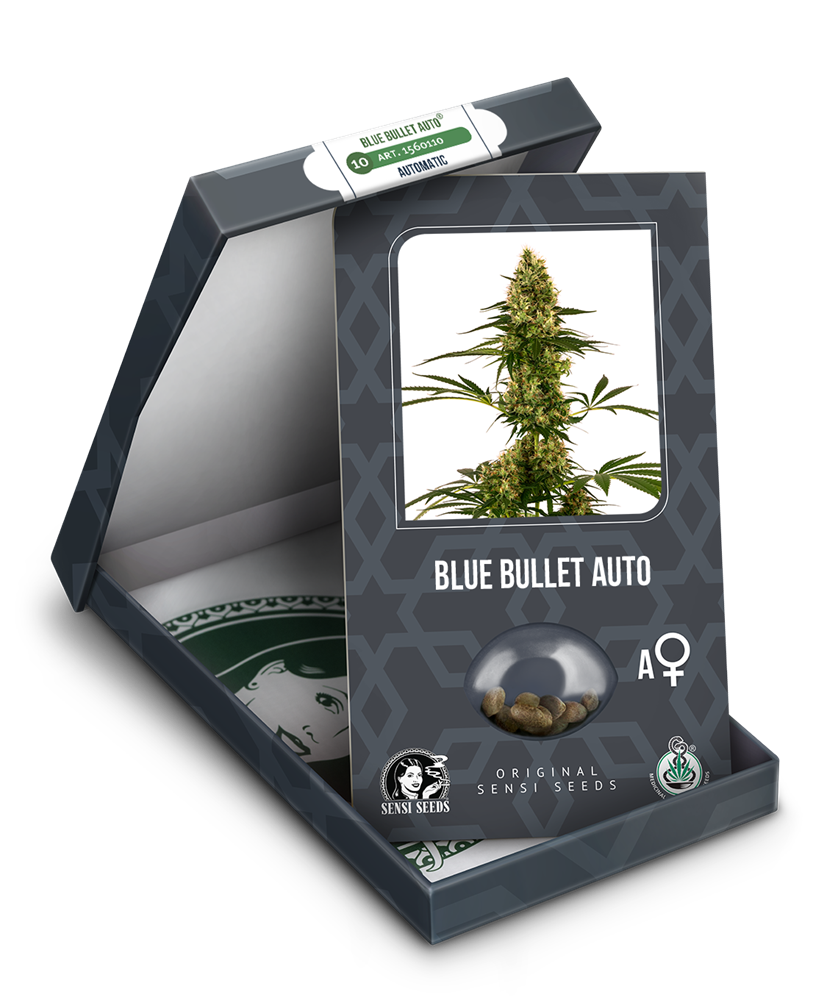 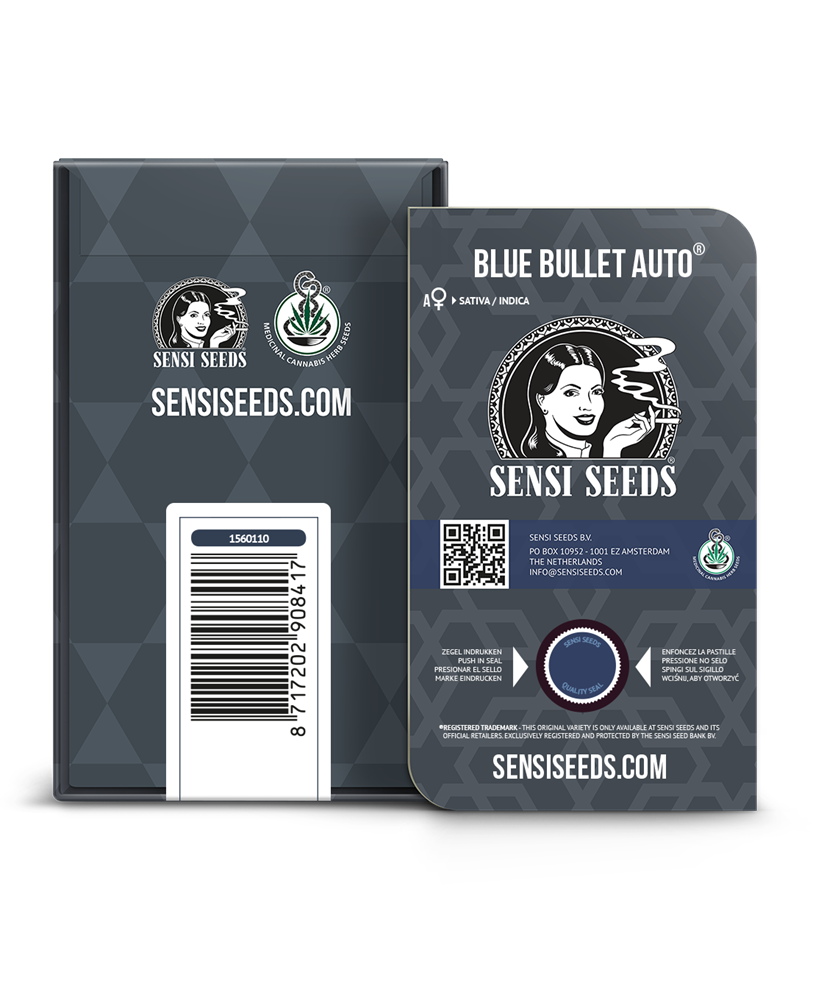 Blue Bullet Automatic is an indica / sativa hybrid. It was originally called Sensi #119, before being renamed by Sensi Seeds’ community. Its parent plants are Skunk #1 Automatic and Blueberry, both very highly regarded strains. Blue Bullet Auto plants are fairly compact and produce large yields without too much work involved. The high is relaxing, yet uplifting and cerebral.

Blue Bullet Automatic is an indica / sativa hybrid. It has an impressive gene pool, with its parent plants being Skunk #1 and Blueberry. Originally called Sensi #119, it was renamed in a 2019 competition by Sensi Seeds’ cannabis community. Thanks to the indica influence, the plants are compact enough to be grown discreetly. They’re also hardy enough to thrive in most climates, and can produce sizeable yields. Users can anticipate an effect that’s relaxing, but also uplifting and happy.

Blue Bullet Automatic cannabis seeds are an indica / sativa hybrid. The seeds are autoflowering, which means that the plants will enter the flowering period at a defined point in their growth, rather than being influenced by the hours of light. This makes them far more predictable in terms of harvesting. Autoflowering seeds also have the advantage of being hardy enough to be cultivated in most climates, even those with cooler, shorter summers.

Growers can anticipate an average flowering time with Blue Bullet Auto, which means there’s not too long to wait until harvest-time. The plants are usually compact in height; something that will appeal to growers who want to cultivate them discreetly.

In appearance, they’re not dissimilar to a typical indica, with bushy branches. They produce plenty of buds, which results in good-sized yields for an autoflowering strain. However, while growers might not generate super-abundant harvests, the ease-of-growing really does make up for it. Blue Bullet Automatic is now one of the simplest strains to cultivate, even for beginners.

It’s resilient and grows well in most climates, even those with colder, shorter summers. Alternatively, the plants can be grown indoors at any time of year.

Blue Bullet Auto is a sativa / indica hybrid. The influence of its parent plants can be seen in the effect, and in the aroma and taste.

Upon consumption, users often comment on the potent effect, which is fairly strong for an automatic strain. It’s relaxing like an indica, but also cerebral and chatty, which is more typical of a sativa.

The scent has echoes of Blueberry, with a hint of fruit and sweetness. There’s also a skunky aroma, which intensifies as the plants mature. These flavours are evident in the taste, which also has a note of citrus.

Blue Bullet Automatic Seeds is added to your shoppingcart!

Blue Bullet Automatic Seeds is added to your wishlist!