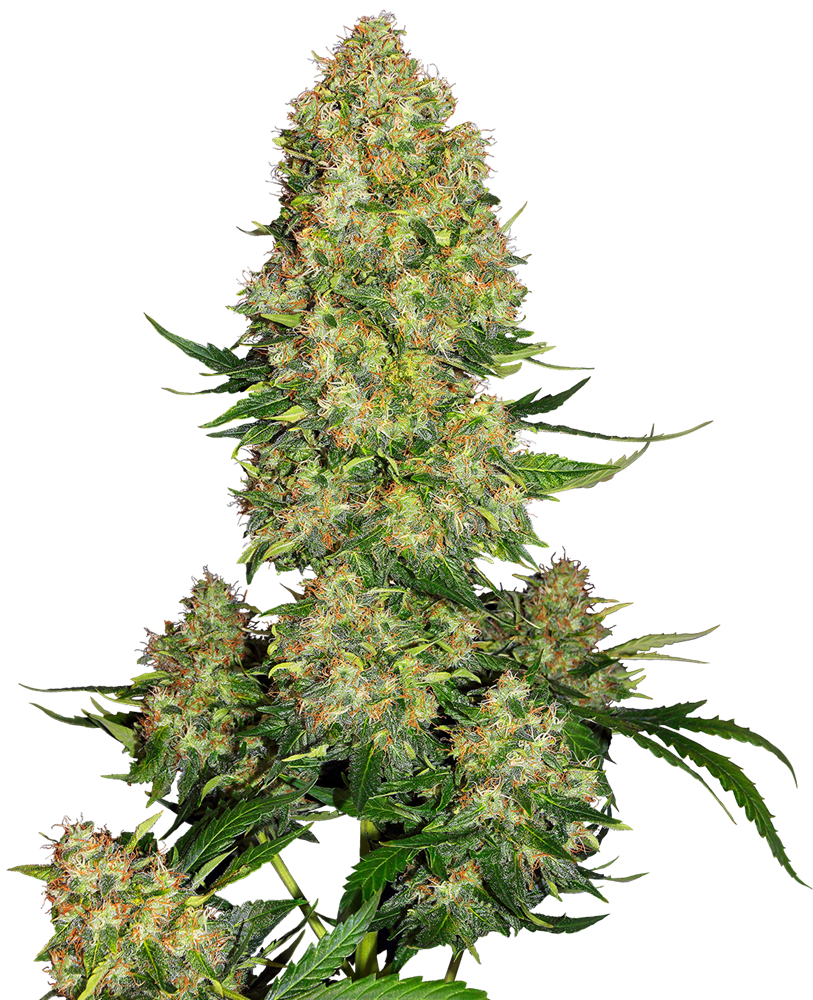 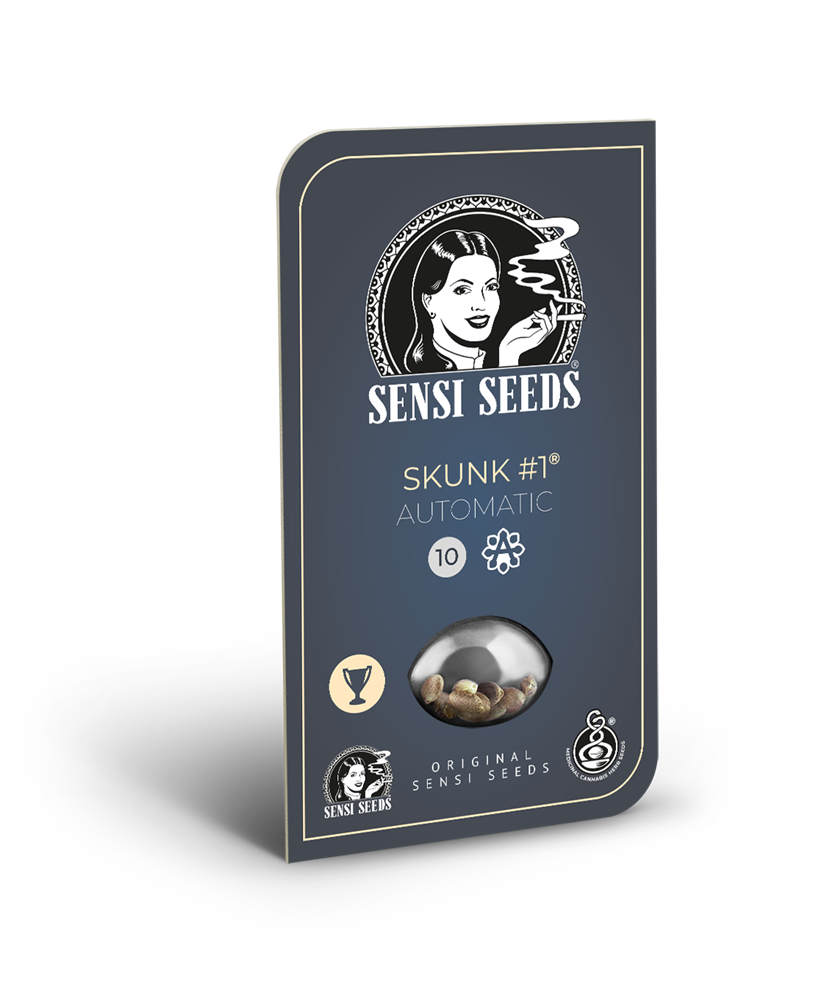 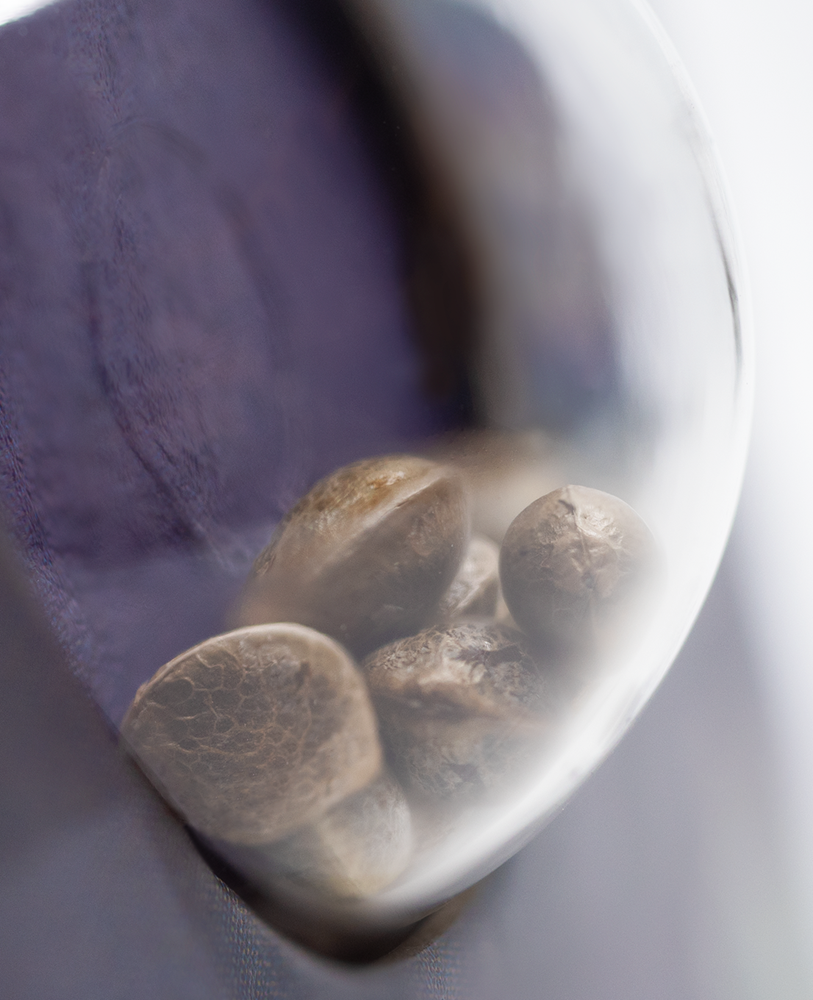 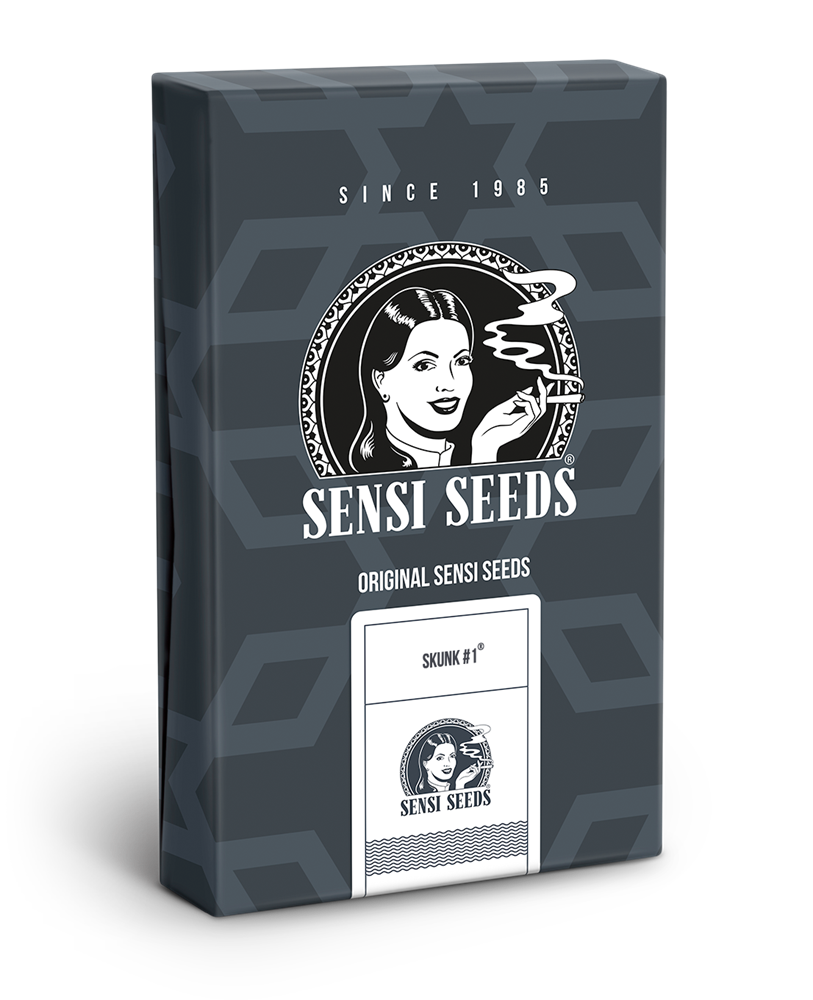 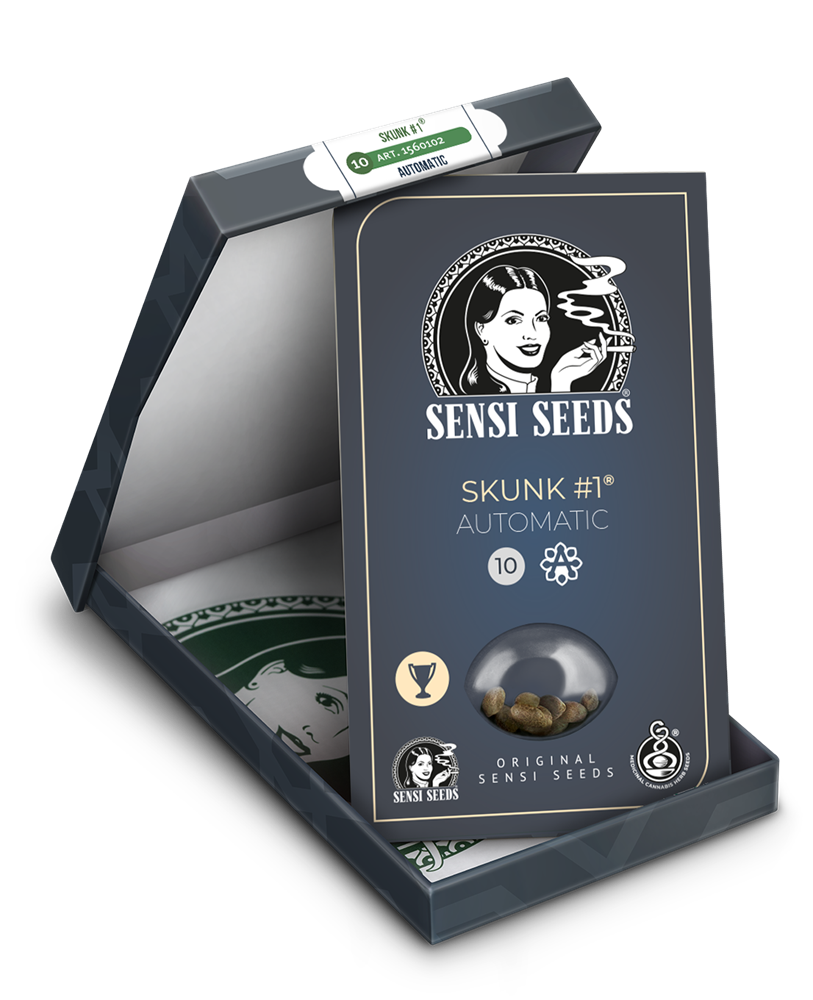 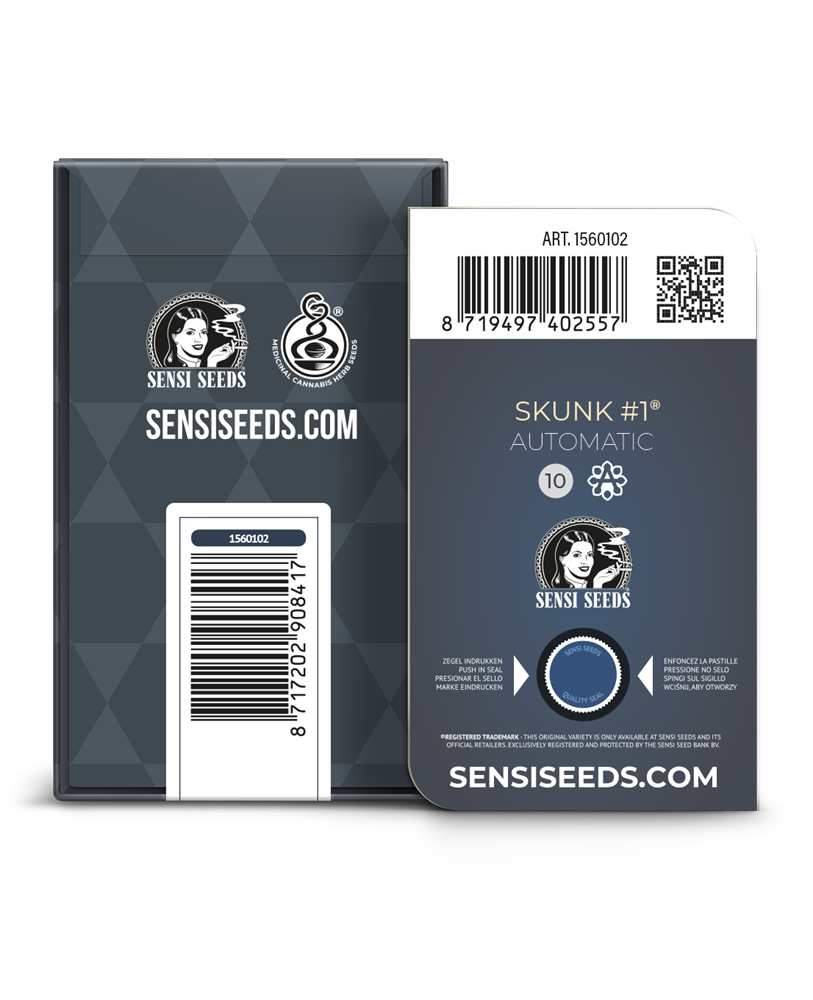 Skunk #1 Automatic from Sensi Seeds offers everything a grower could wish for: following a short growth phase, these feminized seeds flower automatically, and produce reliably thick, resinous buds with a deliciously sweet and sharp smell. You really can’t go wrong with this strain! Another reason why the various Skunk #1 variants are multi-award winners.

We realise expectations are high when a legend like Skunk #1 is redeveloped as an autoflowering version. Our aim was clear from the outset: the auto descendent had to live up to its famous mother, and further simplify the already easy cultivation. If we look at the positive feedback from the community, we think we’ve achieved that.

A defining feature of Skunk #1 Automatic, which is based on 35% sativa and 65% indica genes, is the ease with which it can be grown. With this feminized auto variant, the duration of the light period doesn’t matter, because flowering begins automatically.

The plants start to produce large, resinous buds approximately three weeks after germination. The flowering phase lasts 45 to 55 days; the plants grow less vigorously than regular Skunk #1, and stay nice and compact. Once mature, the large and dense buds are astonishing to behold. For an auto strain, there is a very high proportion of buds to leaves. Most of the THC is contained in the glistening resin glands, which are also known as trichomes.

Cultivation methods such as Sea of Green (SOG) or Lollipopping often result in an even greater harvest.

The effect of Skunk #1 Auto is also astonishingly close to the original. The combination of heady high and physical stone is typical of a hybrid. After just a few drags, users feel a wave of energised euphoria rise up inside them which, after a while, dissipates into a relaxed feeling. Users feel pleasantly dazed and deeply relaxed, a little bit like after a long session in the sauna.

The raw flavour of Ruderalis, which is found in every autoflowering cannabis strain, is not perceptible during use. The mild buzz is not scratchy; it tastes earthily sweet but also a little sharp - typically ‘skunky’ then.

Skunk #1 Automatic Seeds is added to your shoppingcart!

Skunk #1 Automatic Seeds is added to your wishlist!