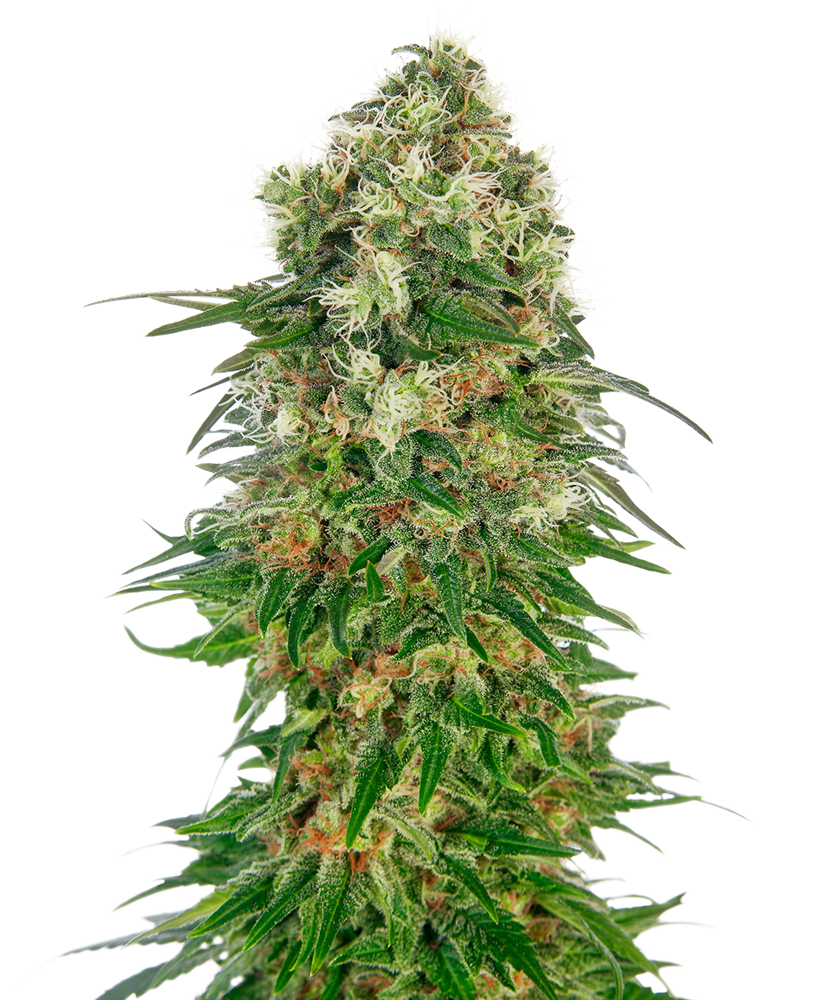 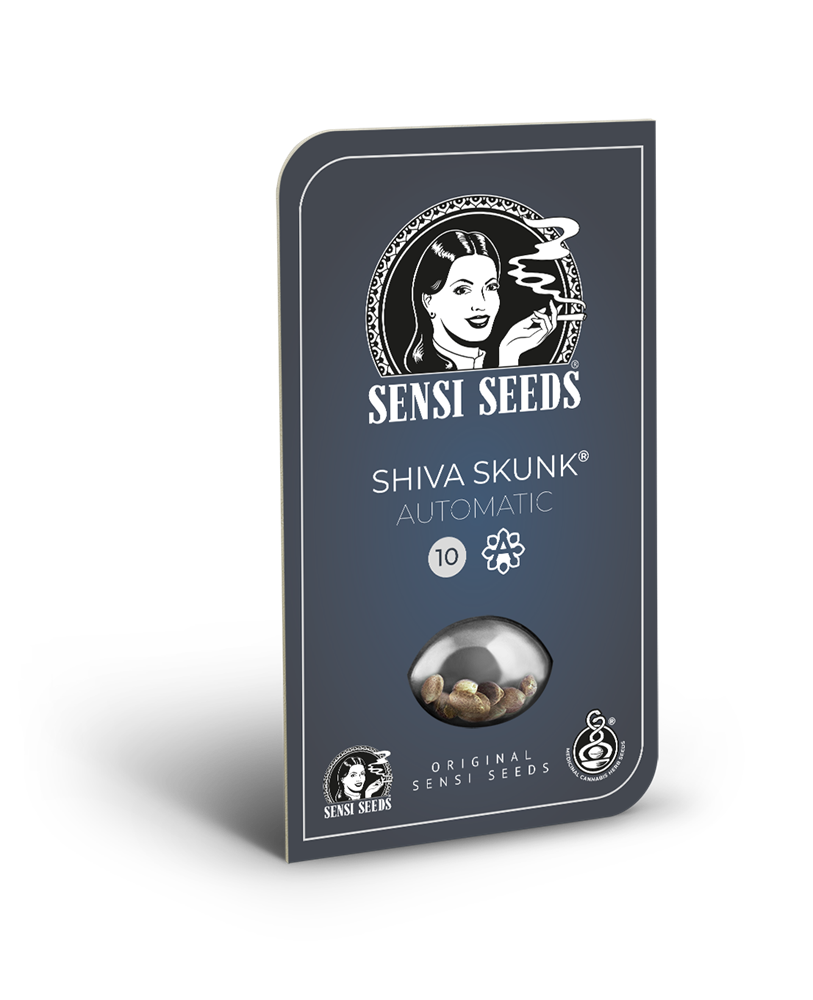 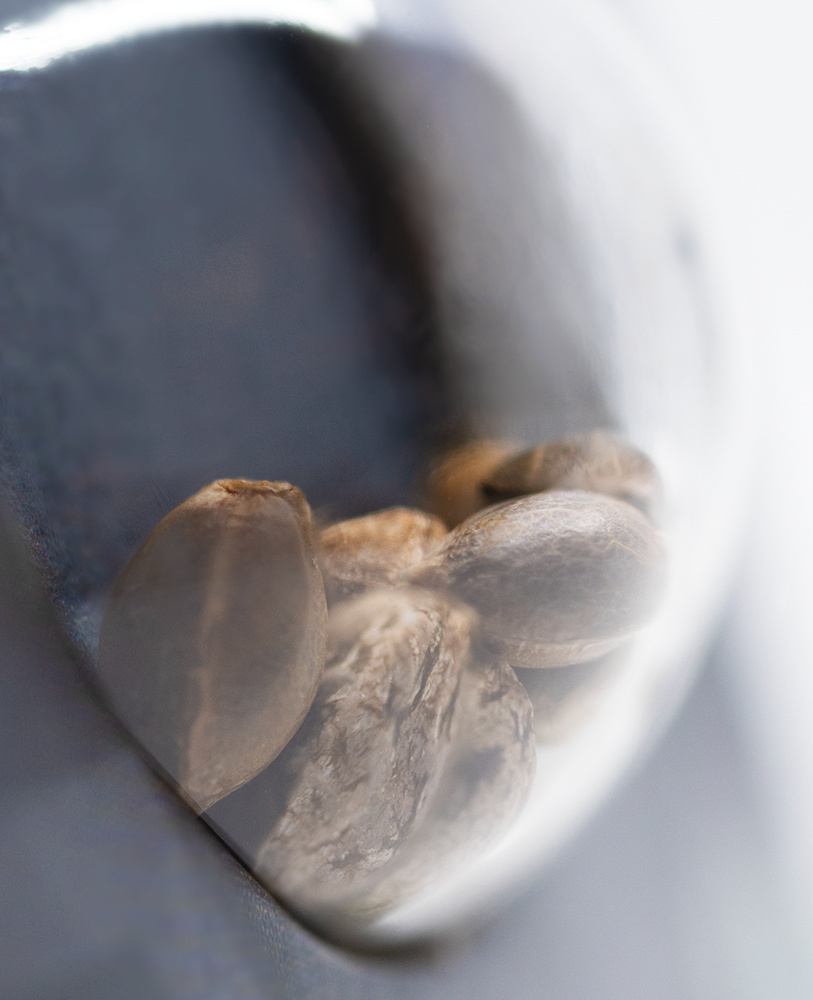 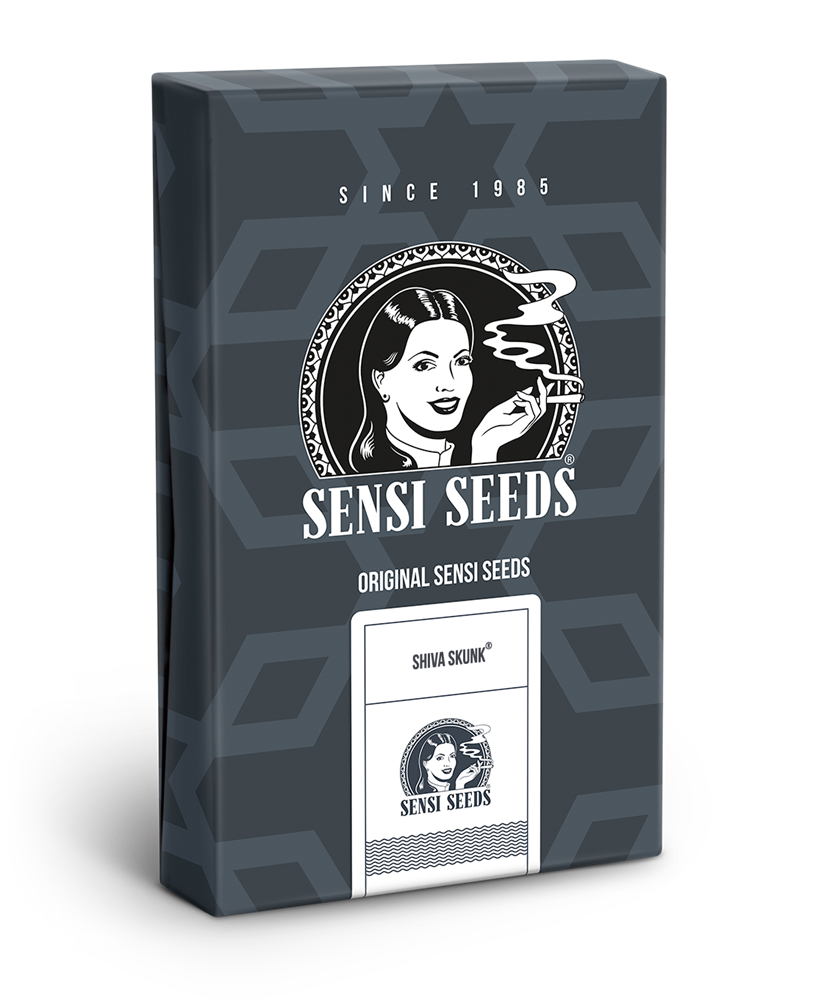 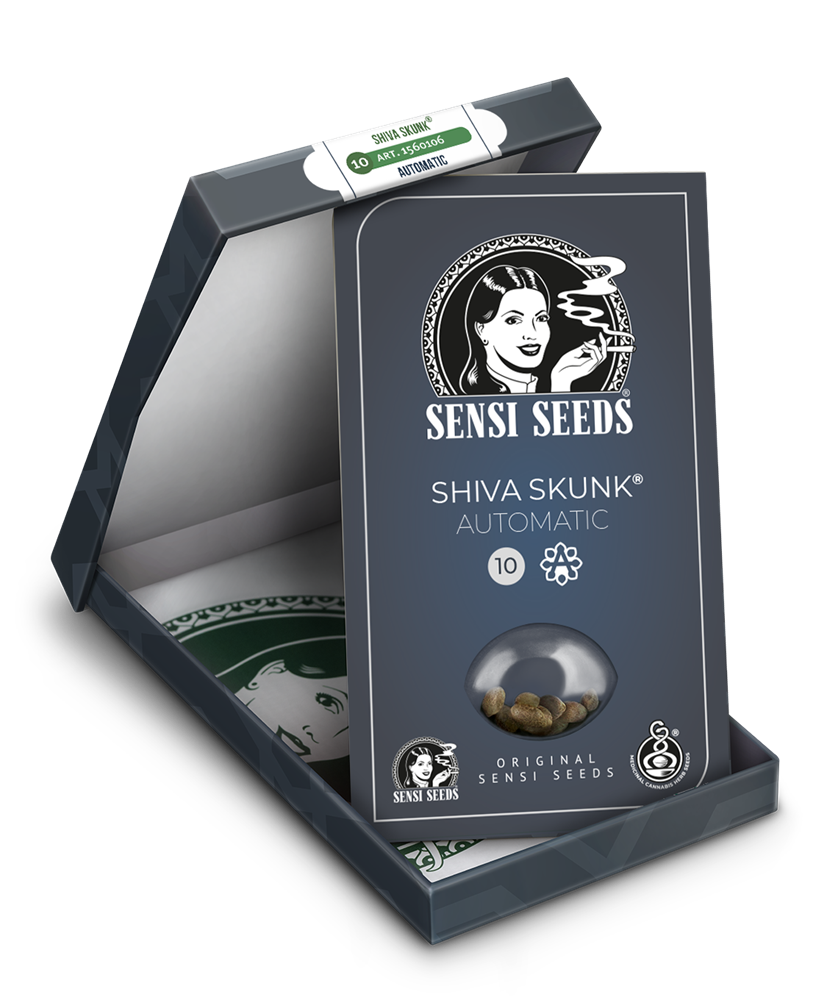 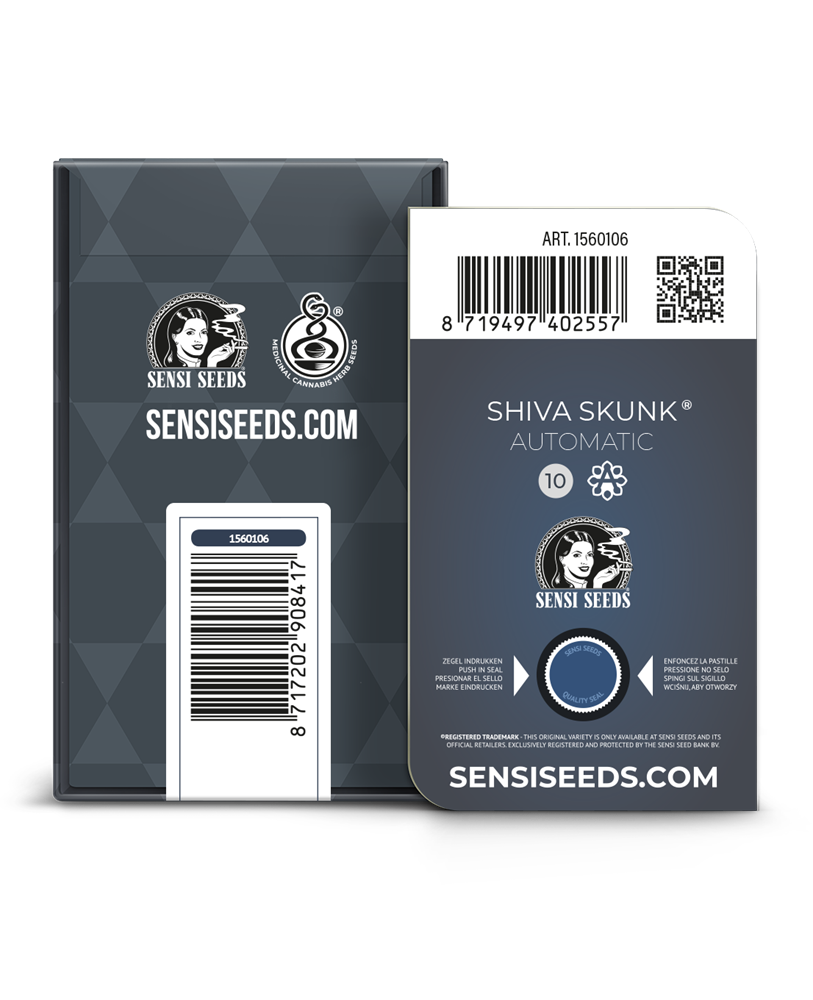 Shiva Skunk Automatic is one of the most potent autoflowering indica-dominant strains available. It boasts an impressive parentage, being a hybrid of Northern Lights #5, Skunk #1, and a ruderalis. This results in a 20% sativa, 80% indica strain – providing a high that’s intense, calming, but also uplifting. Shiva Skunk Automatic is an attractive plant that showcases its skunk roots, with dense buds and a typically pungent aroma.

Shiva Skunk Automatic is 80% indica, though the 20% sativa influence is evident in the ‘buzz’ you’ll experience when you consume it. In many ways, it’s a classic, easy-to-grow indica, much like its equally popular parent-plant, the Northern Lights #5.

This is an autoflowering strain, which makes it a natural choice for beginners. Auto varieties are also ideal for growers looking for a low-maintenance plant, without compromising too much on yield. Shiva Skunk Auto is hardier than your average cannabis plant which means it can be grown outside in most climates; even places with cooler, wetter summers as well as indoors.

The autoflowering properties also mean that it can be grown in places with unusual photoperiods. This includes locations like the equator (where normally, only sativas would thrive), and the far north, in countries with long midsummer days.

Shiva Skunk Automatic has a relatively short flowering time. Whether it’s grown indoors or out, expect it to start flowering around the time the plants produce their fifth to eighth set of full-sized leaves. This usually happens after six to eight weeks of vegetative growth.

Like many indica-dominant strains, Shiva Skunk Auto is a compact plant. During its flowering period, it’ll reach its final height, which is likely to be between 90 to 140 cm. This is an advantage for the discreet grower, as it means no towering, noticeable plants!

All autoflowering strains of cannabis produce slightly reduced yields when compared to the feminized or regular variants. However, this auto performs well, providing a solid yield, without much maintenance or effort involved. For many growers, this is a trade-off they’re more than happy to accept.

Later in the flowering stages, expect to see the buds increase in mass, becoming heavier and more resinous as the days go on. By the time they’re ready to harvest, they’ll be coated with a layer of resin glands – yet another nod to the parent-plant, Northern Lights #5.

The coating of trichomes may become even more noticeable once the buds are dried and cured. As with all cannabis flowers, the buds shrink as they dry; and this makes the resin glands even more apparent.

Expect the dried buds to be an exceptional pale silver-green colour, with blunt-tips and a glistening sheen. In fact, if you peer at them under a magnifying glass, you might spot tiny rainbows being refracted – this is because a large portion of the resin glands remain clear, even after they’ve been dried.

For those looking for a strain that’s hardy, and well adapted to most climates, Shiva Skunk Auto is a solid choice. As it flowers automatically, many growers don’t attempt to train it; however, some people have enjoyed success with the SOG (Sea of Green) and SCROG (screen of green) growing methods. It also responds well to supercropping and lollipopping.

This indica-dominant plant produces an intense, yet mellow high. Heady and cerebral, it often inspires deep thought, or sometimes even enthusiasm and laughter, thanks to its 20% sativa parentage. Users often describe a feeling of enjoyable physical relaxation, and some also use it for medicinal purposes.

While the plants are growing, you’ll detect the recognisable musky scent of skunk, though Shiva Skunk Auto also has a pleasant, citrus aroma. This smell becomes earthy after harvesting, when the buds are drying. When consumed, the earthiness is more noticeable, with a fresh, lemon / skunk flavour.

Shiva Skunk Automatic Seeds is added to your shoppingcart!

Shiva Skunk Automatic Seeds is added to your wishlist!