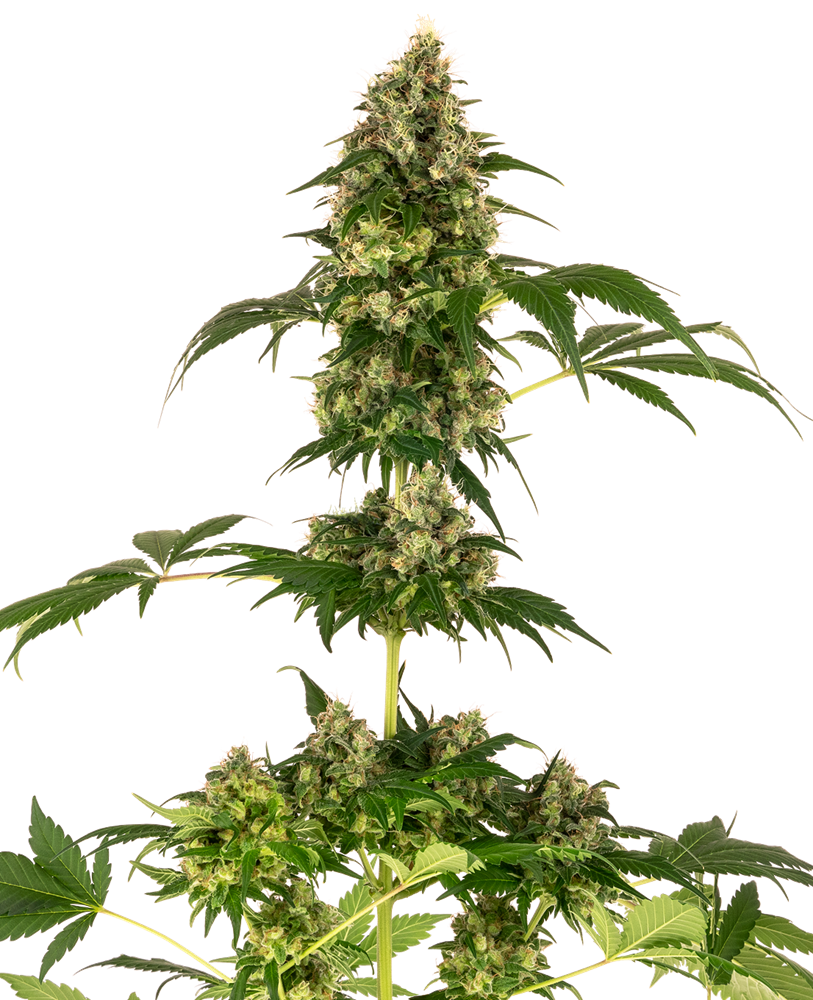 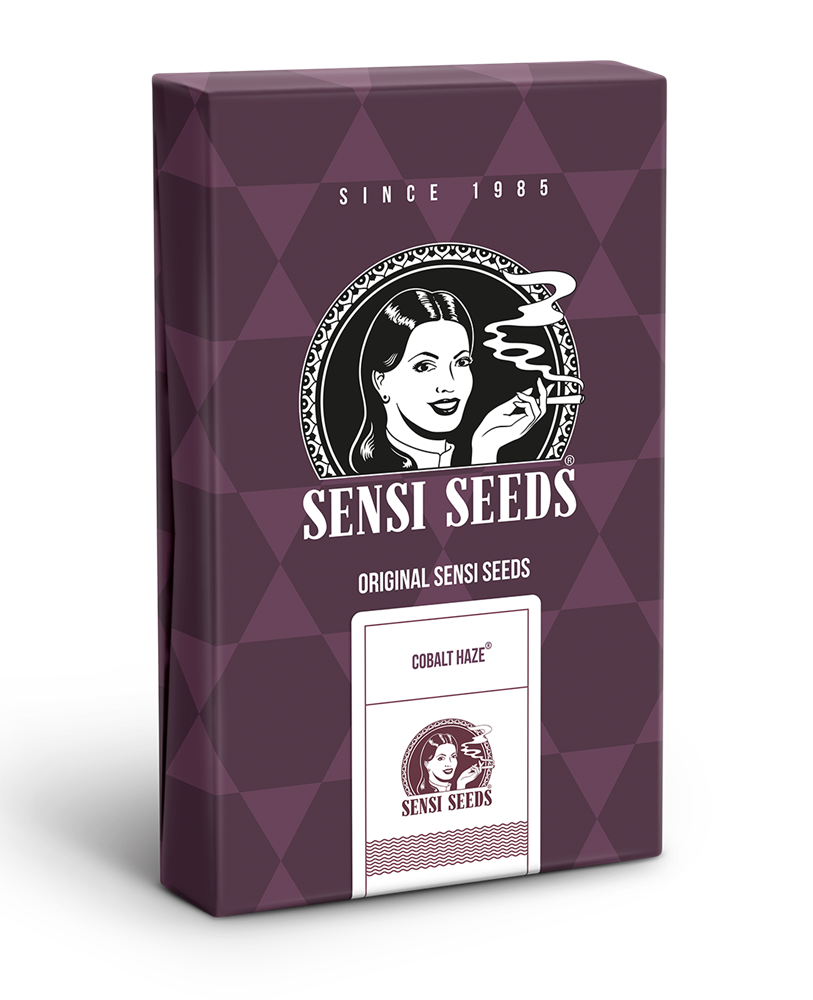 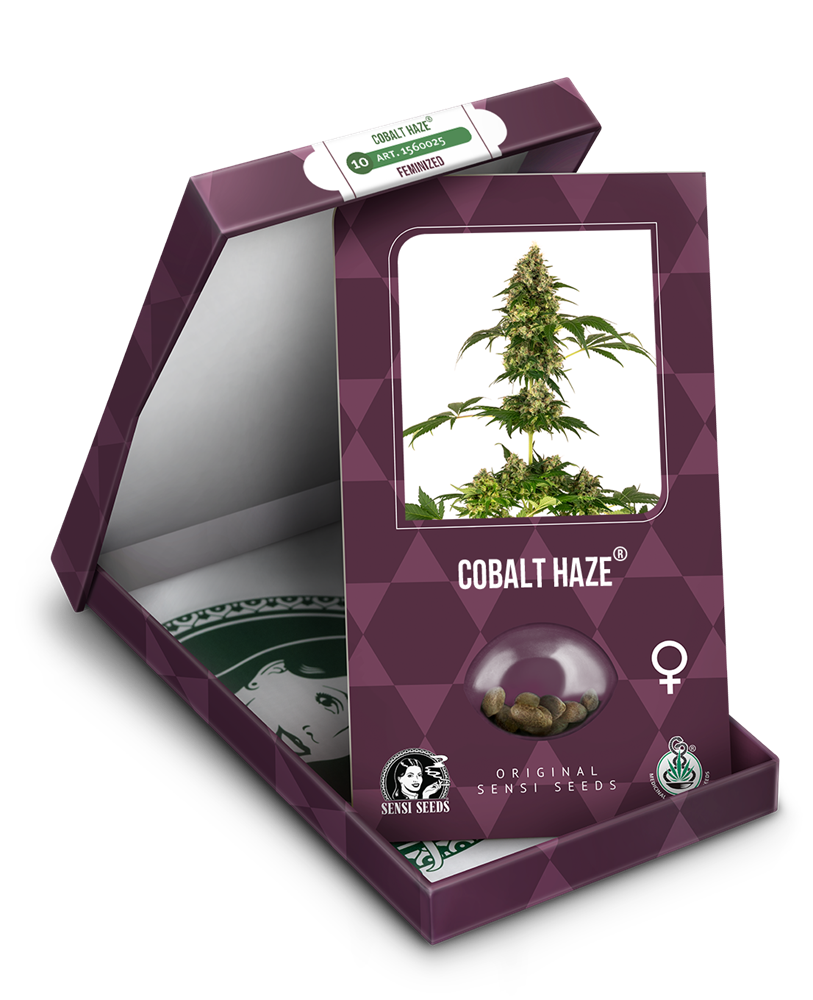 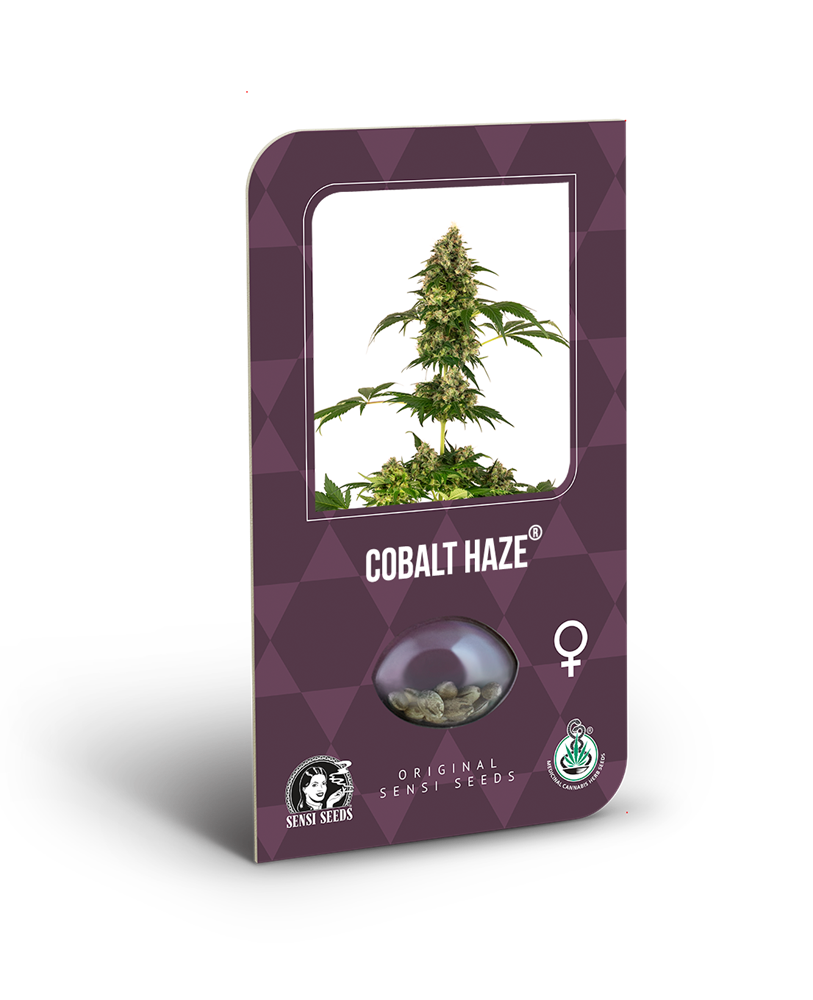 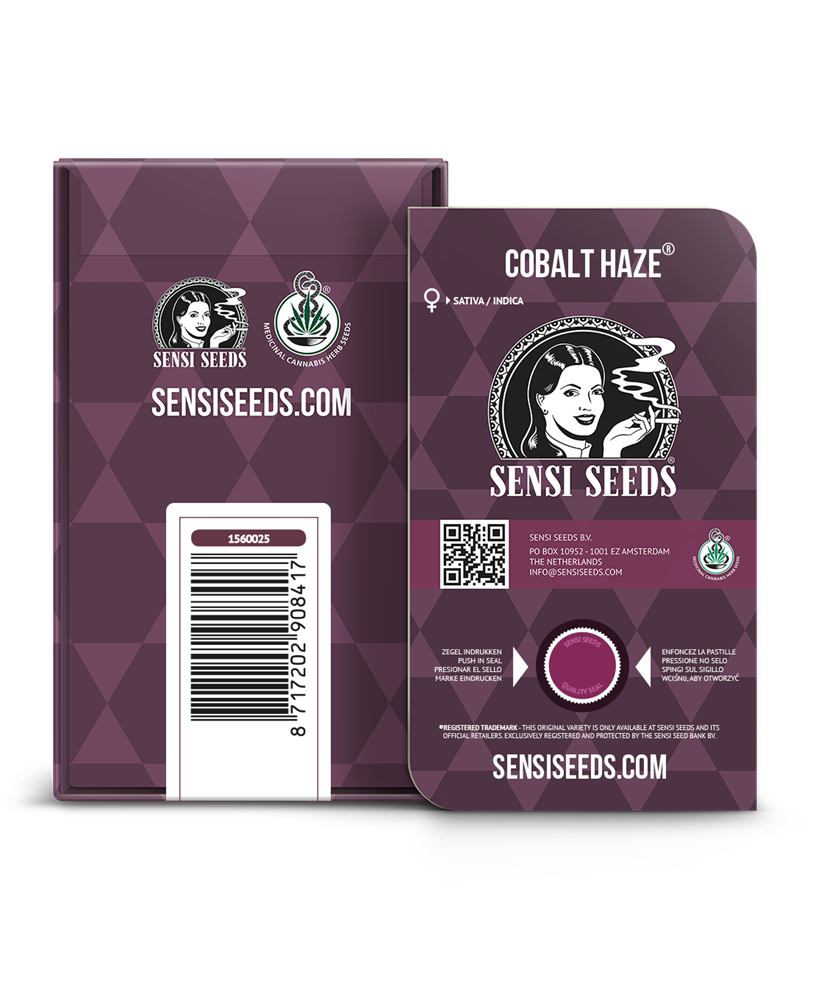 Cobalt Haze Feminized is an indica / sativa hybrid strain selected to join the Sensi Seeds menu by the cannabis community. Developed by Sensi Seeds, its parent plants include Silver Haze, Afghani #1, and Blueberry. The sativa influence is evident in the height of the plants, while the indica genetics can be seen in the generous harvests. It grows well in warm, sunny climates, and doesn’t require too much maintenance to produce good yields. Growers report that the aroma and taste are fruity, citrussy and mildly skunky.

Cobalt Haze Feminized is an indica / sativa hybrid, offering growers the best of both worlds. Previously called Sensi #11, Sensi Seeds’ community chose both its place in our permanent catalogue, and its new name. Its genetic pool features world-renowned strains, such as the award-winning Silver Haze, Blueberry, and Afghani #1.
The sativa influence means that the plants can grow to towering heights, while the indica results in generous yields. Cobalt Haze produces a pleasantly fruity aroma and thrives in sunny, Mediterranean climates.

Cobalt Haze Feminized cannabis seeds were developed by Sensi Seeds. The strain has an impressive genetic pool, featuring plants like Silver Haze, which has won multiple awards; dependable indica Afghani #1; and deliciously fruity Blueberry. This balanced parentage can be seen in the sativa-like heights of the plants, and the indica abundance of the harvests.

The seeds are feminized, which means only plants which flower as though they’re female will be produced. This makes cultivation easier, as it reduces the need to identify and remove male plants. It has an average flowering time, so growers won’t need to wait too long until harvest. However, it’s important to be aware that this strain, like many sativa-dominant variants, is capable of growing to substantial heights, especially when planted outside.
As the harvests are substantial, growers can anticipate the plants forming plenty of buds during the flowering stages. When cared for properly, in the right conditions, it’s relatively easy to maximise the yield without putting too much effort in.
Cobalt Haze performs best in Mediterranean countries, or any location with a warm climate and a long summer.

Cobalt Haze is a balance of sativa and indica, and this is evident in the high, the aroma and the taste. Users report experiencing deep relaxation upon consumption, though there’s a noticeable sativa uplift, often accompanied by a burst of mental alertness and creativity.
The Blueberry influence is noticeable in the fruity scent and taste, though it’s also possible to detect a hint of citrus and skunk.

Cobalt Haze Feminized Seeds is added to your shoppingcart!

Cobalt Haze Feminized Seeds is added to your wishlist!