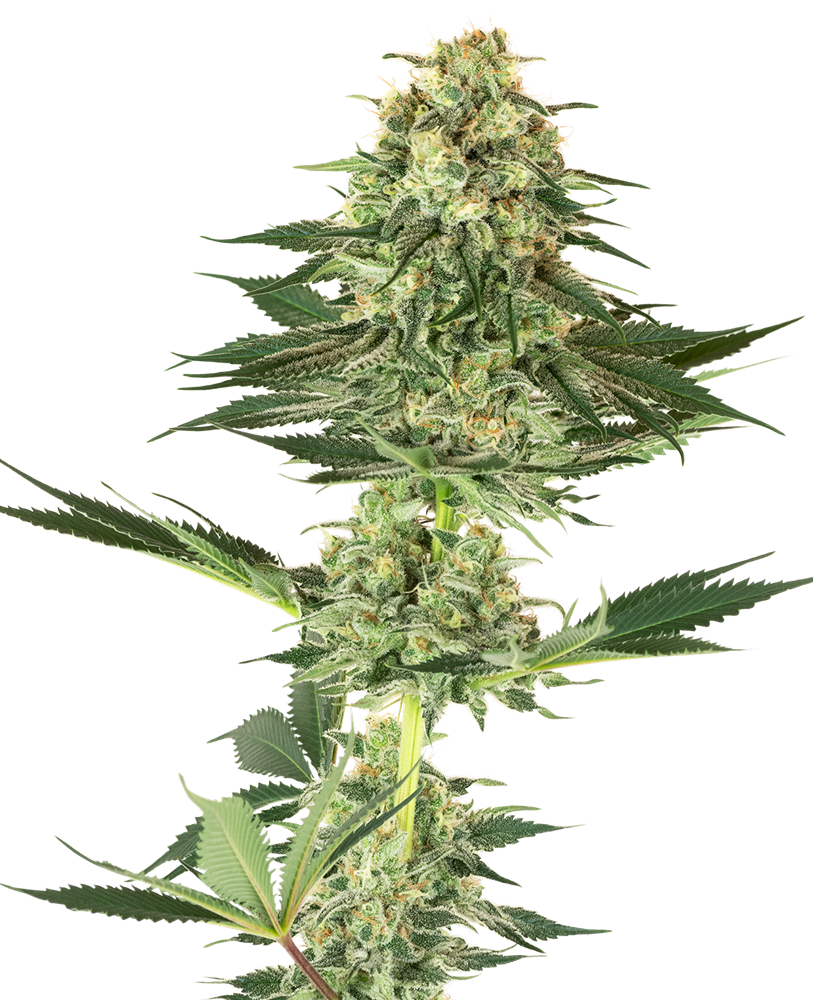 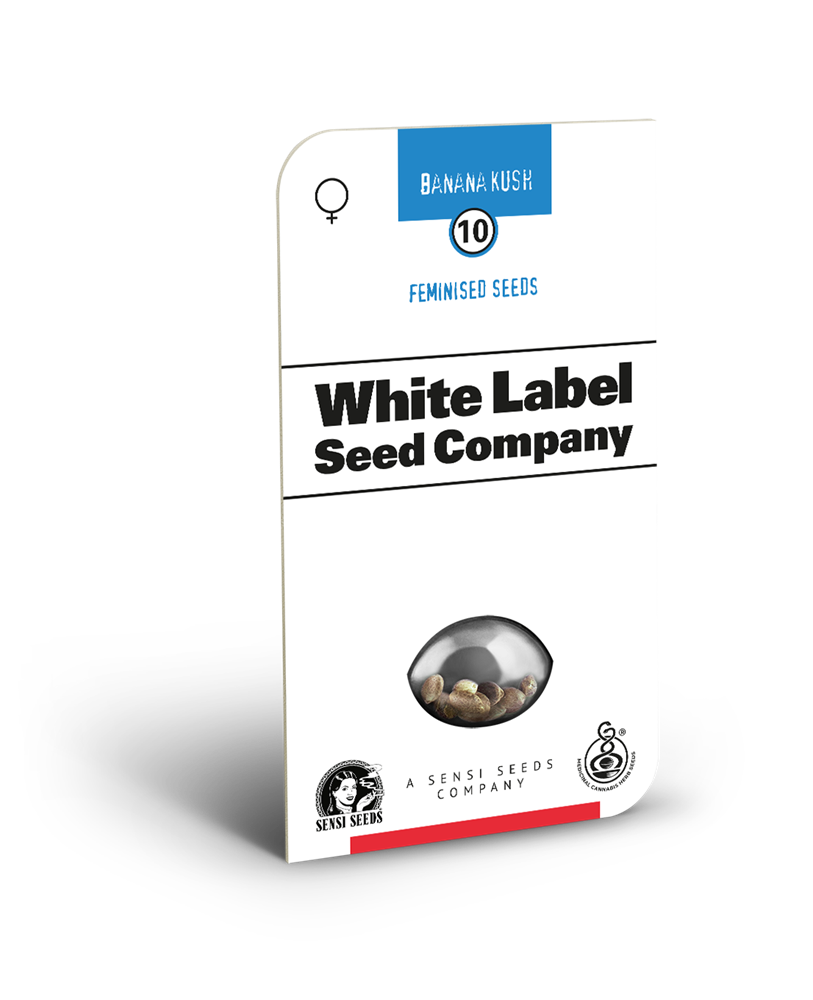 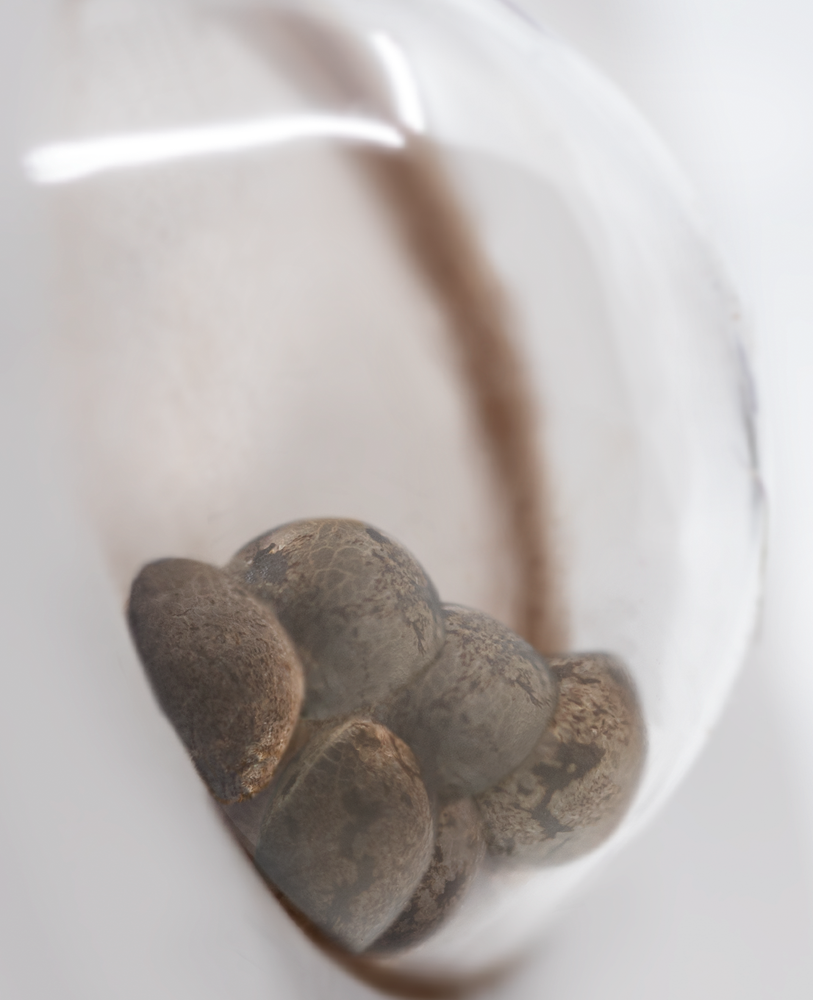 Banana Kush boasts some high-quality sativa genetics. These include the legendary Silver Haze crossed with Skunk Kush, and the famously flavourful, mostly-sativa NYC Diesel. Strains of Afghan Kush are also present on both sides of the family tree. Skunk Kush forms an important building block on the paternal side, while the pride of Californian cannabis, OG Kush, is the mother plant used to make White Label Banana Kush.

Banana Kush Feminized cannabis seeds are 70% indica, 30% sativa, and they display typical indica growth patterns. This strain’s sativa influence is mostly seen in its flower structure and in the resulting high.

Vegetative growth is vigorous and reliable. Most plants develop a thick, productive main stem, and sturdy branches with short internodal gaps. During the blooming phase, Banana Kush Feminized typically increases its vegetated height by 100% to 150%. Banana Kush slows its upward growth in the first weeks of flowering as the first calyxes develop at its many budding sites. Before the midpoint of its seven to nine week flowering time, this strain will produce several small, solid, resinous calyxes at each node. These quickly build into thick knots of bud.

Flower clusters often take on a conical or pyramidal shape, with an extra wide base tapering to a blunt point. Due to the extra vigorous budding, the terminal buds at the top of Banana Kush’s main stem and branches often join with the flower clusters below them, forming large colas. This occurs despite the calyxes’ tendency to cluster at nodes, rather than ‘run’ between them.

In the flowering phase, White Label Banana Kush is remarkably low-maintenance, and plants can mostly be left to their own devices until harvest time. Humidity should be kept low in the second half of flowering, due to the size and tight formation of the buds. Like many heavy indica strains Banana Kush need plenty of nutrients to produce optimum results. With the right level of care, the plants tend to produce bumper harvests.

After harvest, buds typically dry quickly, while retaining much of their size. For larger harvests a dehumidifier or good air circulation is recommended in the drying area, as Banana Kush buds can release a large amount of water into the air. Manicuring is also a simple task, as plants produce minimal foliage in the flowering phase. Even the large flower clusters have relatively few single-bladed leaves growing from them.

White Label Banana Kush is indica-dominant. The buds are fat, fruity and fragrant, and sticky with resin glands. They’re also easy to crumble, due to their comparatively small calyxes. Breaking buds up releases the full, complex aroma of this variety. Expect to smell and taste sweet, ripe banana, brown sugar, citrus, and rich, spicy hash. While it’s growing the odour is not overpowering. However, growers should take note that it is likely to increase as harvest approaches.

The effects are mostly indica, but there’s enough sativa to elevate its powerful body-high and make it stand out from other Kush strains. Banana Kush’s warm, relaxing euphoric effect is felt almost immediately. The Haze part of its cannabinoid profile takes effect shortly afterwards, lifting the high and making it more conducive to conversation, laughter and creativity.

Banana Kush Feminized Seeds by White Label is added to your shoppingcart!

Banana Kush Feminized Seeds by White Label is added to your wishlist!