Expoweed 2019: All About the Future and Past Editions

Expoweed is Chile’s largest cannabis event. It takes place in Santiago (Parque O’Higgins) and features over six thousand square metres of exhibition space. Lectures take place throughout the fair, discussing key issues in the cannabis industry, and policies guiding the use of the plant. There are also musical performances for attendees to enjoy.

Type of event – Fair and expo

Practical information / things to keep in mind when visiting Expoweed 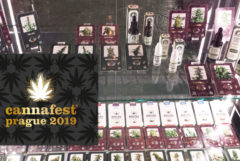 Cannafest 2019: All About the Future and Past Editions

Expoweed is one of South America’s leading cannabis events, attracting visitors from across the continent. Here’s some insight into what happened in previous years.

Howard Marks and Jorge Cervantes were both speakers at the 2013 event, and both attracted large crowds.