Sensi Seeds’ pivotal moments: setting up an international knowledge base

In the previous article in this series, you could read about the cannabis strains that have made us what we are today. This article talks about the dedication of one man to build the largest cannabis knowledge base in the world.

This year, 2015, is fully dedicated to the 30th anniversary of Sensi Seeds – a milestone of which the organisation is particularly proud. To mark the celebrations, we will be dedicating a series of articles on our blog to the most important achievements in the development of Sensi Seeds. As part of this we will be shedding light on the foundation to our activities and our key values, which have guided us from day one right up to today.

In the previous article in this series, you could read about the cannabis strains that have made us what we are today. We described the history of our classic, exceptional, and celebrity strains. This article talks about the dedication of one man to build the largest cannabis knowledge base in the world.

Establishing an information centre about hemp and cannabis was a logical step for Ben Dronkers, who wanted to remind the world of the importance of cannabis and hemp. The Hash Marihuana & Hemp Museum is the oldest and most important museum in the world dedicated to the Cannabis Sativa L. plant. And this is how it all started:

The Hash Marihuana & Hemp Museum opens in Amsterdam in 1985

Ben Dronkers’ passion for and dedication to cannabis were the driving force behind everything he did. He spent, for example, decades gathering information on cannabis as well as objects related to it. Soon after he took a voyage of discovery to all the corners of the world for this plant, it became clear to Ben that he could only make a difference by informing and educating the world. Together with his friend Ed Rosenthal, he soon took the decision to open his private collection to the public in order to actively contribute to the dissemination of knowledge about cannabis and hemp.

In 1985, together with his friend Ed, Sensi Seeds founder and philanthropist Ben Dronkers opened the Hash Info Museum. It was the first museum in the world that was exclusively dedicated to Cannabis Sativa L. But unfortunately, only one day after the official opening the museum had to close its doors again by order of the Minister of Justice at the time, Frits Korthals Altes. Ben put his all into opposing this decision and was successful. The museum re-opened a week later under the name The Hash Marihuana & Hemp Museum, the name the museum carries to this day.

Through the Museum, we want to provide people with information about what hash, marijuana and hemp can do. Not simply the role of cannabis in Amsterdam’s coffeeshops, but its status as an essential, renewable resource and a global cultural and natural phenomenon.” 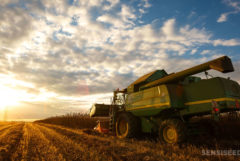 The museum in Amsterdam is extended: The Museum Gallery opens its doors in 2009

Since 2009, the museum in Amsterdam has comprised two complementary information centres located on the same canal in the centre of Amsterdam: the Hash Marihuana & Hemp Museum itself and the Hemp Gallery. The museum is dedicated to hash and marijuana and the gallery focuses exclusively on industrial hemp.

In 2012, an extensive renovation took place, after which the museum and the gallery reopened, furnished with even more objects. On 26 April 2012, the Hash Marihuana & Hemp Museum was reopened by former Minister for Education, Science and Culture Hedy d’Ancona during a celebratory event. In her speech, the politician praised the great dedication with which the collection had been brought together and made accessible to the public. She emphasised that this wonderful achievement has become an example for contemporary cultural entrepreneurship.

The Hash Marihuana Cáñamo & Hemp Museum opens in Barcelona in 2012

Ben Dronkers would not be Ben Dronkers if he had not explored the possibilities for expansion. On 9 May of 2012, cultural anthropologist Josep Ferigla opened the Hash Marihuana Cáñamo & Hemp Museum in Barcelona amidst great interest from the press. The opening was attended by Sir Richard Branson, no less.

Palau Mornau, as the beautiful building in centre of the Barcelona’s gothic quarter is called, is a modernist palace fully dedicated to cannabis. In 2012, the building was fully renovated under Ben’s watchful eye, including the impressive stained-glass windows and the wooden floor. The beautiful wrought iron decorations were restored to their former glory. It’s a wonderfully authentic location for an exhibition about the cannabis plant.

All aspects of the Cannabis Sativa L. plant are represented in the museum collection

There is no plant that is so versatile, has such a wonderful history and so much potential for the future, as a stimulant, but even more as a medicine and as a raw material for various industries. I have been involved with cannabis all my life and the plant keeps surprising me. People need to be educated. There are many misconceptions and misleading and inaccurate stories, as well as blatant lies, spread by the media. Terrible propaganda against a plant. A plant! We provide information in the museum.  We use all kinds of unique objects to inform people about the plant, so that everyone can form their own opinion.”

Both centres in Amsterdam and the museum in Barcelona take visitors on a voyage of discovery through the world of cannabis and hemp. With in total 12,000 objects, the museums house the largest collection in the world on this subject.

The Hash Marihuana & Hemp Museum is a treasure trove of knowledge for all interested parties. Not only a source for research and knowledge, it is also a source of inspiration for activists and cannabis fans. It offers everyone – from laymen to experts – information about the past, present and future of the plant. The museum’s reputation for being a unique source of information attracts writers and academics from far and wide. They head to the museum to deepen their knowledge and to share their findings with the museum. The galleries dedicated to art, medicine and popular culture have been extended and multimedia exhibitions have been set up with short, informative films about politics, and the historical and industrial aspects of cannabis.

One of Ben’s favourite departments is the collection of Dutch paintings from the sixteenth and seventeenth century. On many of these paintings, citizens (both men and women) are depicted consuming cannabis for relaxation in Amsterdam’s ‘smoking houses’, the coffeeshops of 400 years ago.

The visitor numbers speak for themselves – since the opening, more than two million people have visited the Hash Marihuana & Hemp Museum. Its unique collection makes the museum an important knowledge centre – a haven for students and academic researchers. 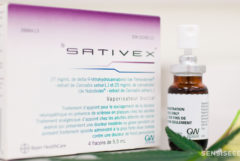 Sativex, the Pioneer of Cannabis Medicines

The Sensi Seeds blog – an important online source of information

Last but not least there is the blog. Sensi Seeds serves as a public source of information about cannabis and hemp online too. Every day, the international Content Team publishes information on the developments in the world of cannabis, including news items, matters of interest and stories about this age-old plant. Just like our founder Ben Dronkers, we work with passion and drive. Interested parties are always welcome on our news platform.

2 thoughts on “Sensi Seeds’ pivotal moments: setting up an international knowledge base”