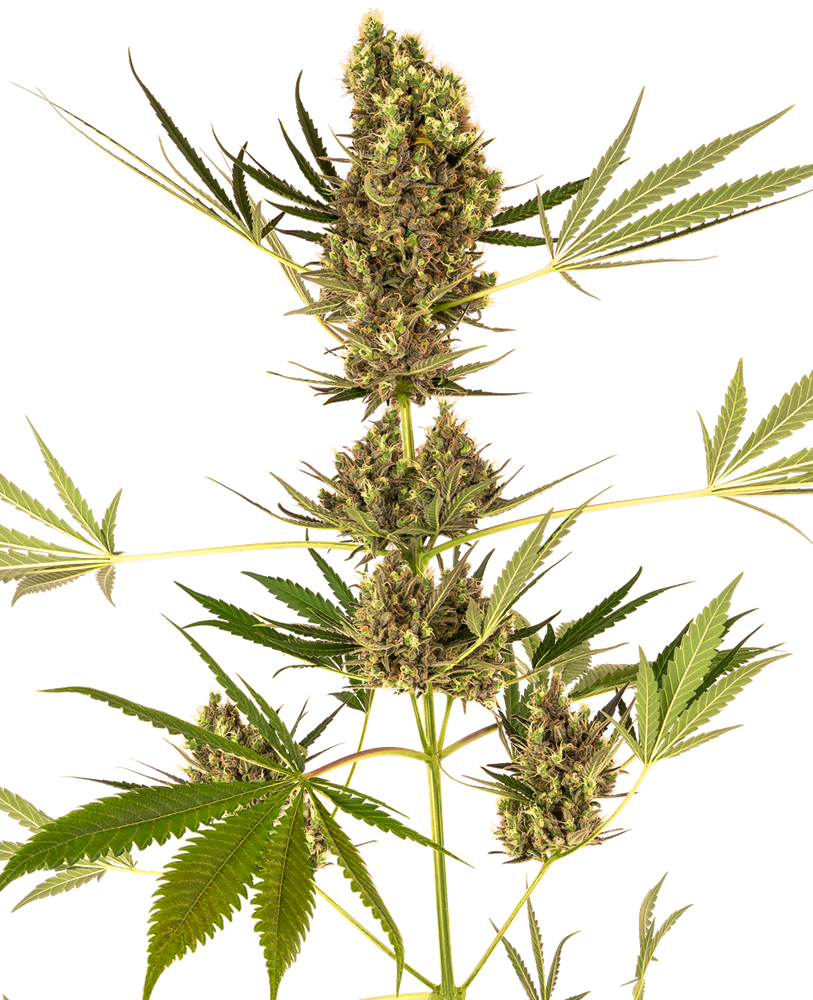 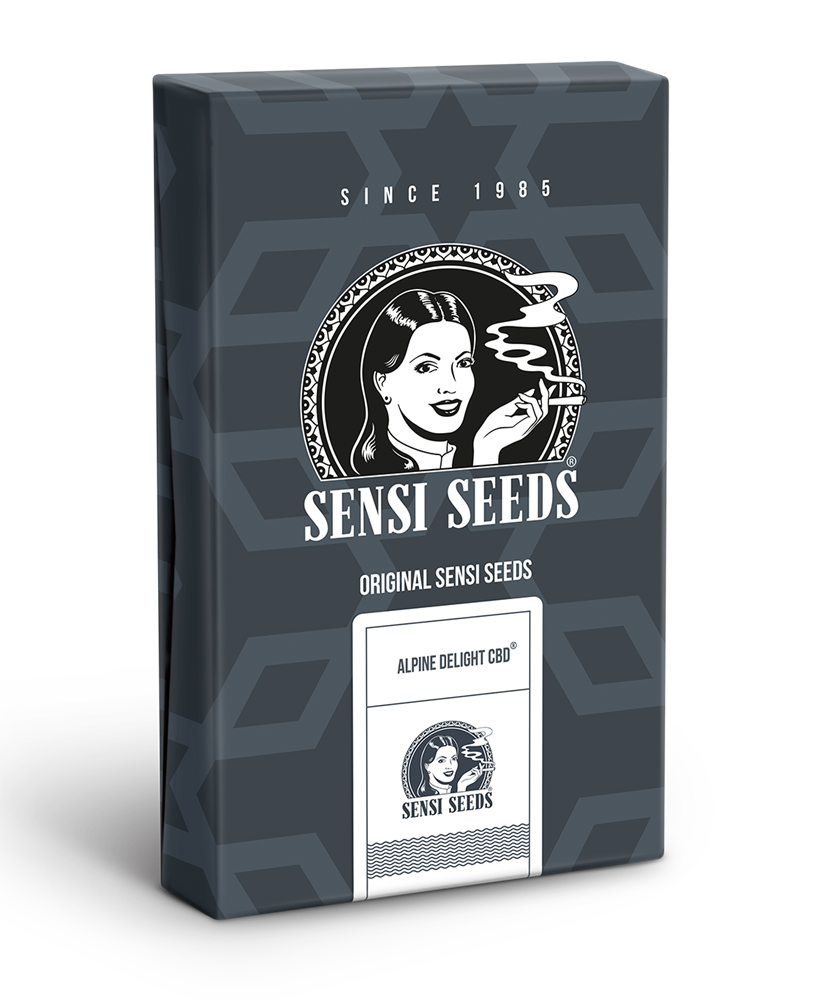 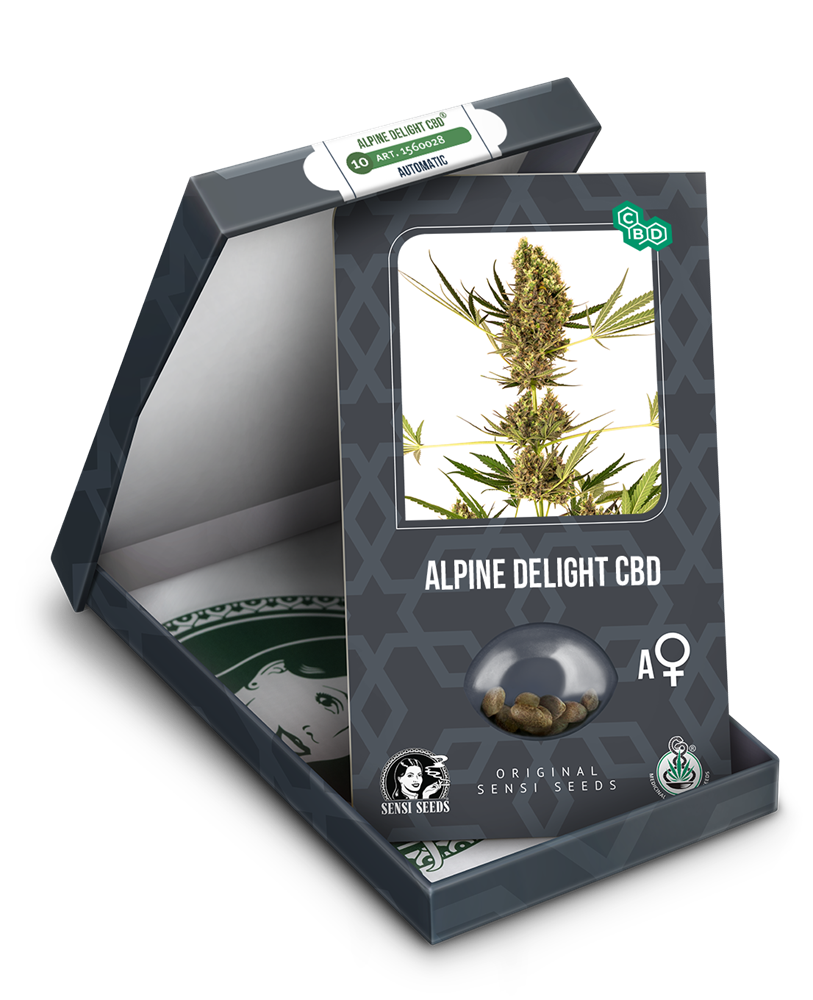 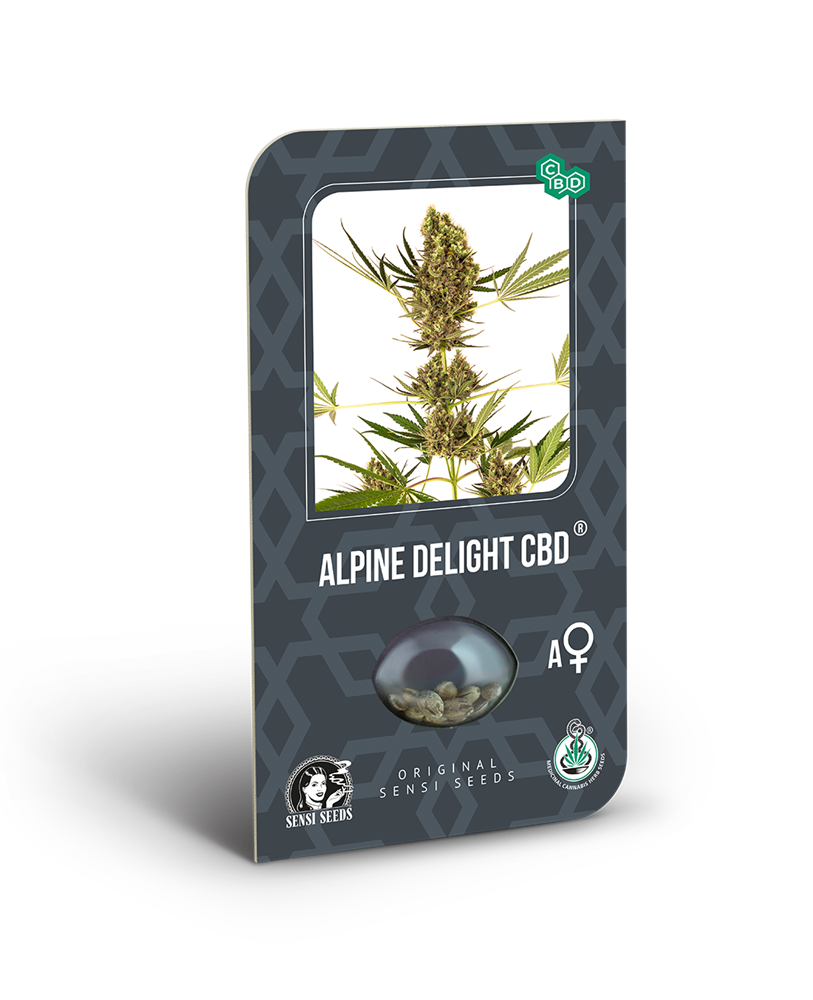 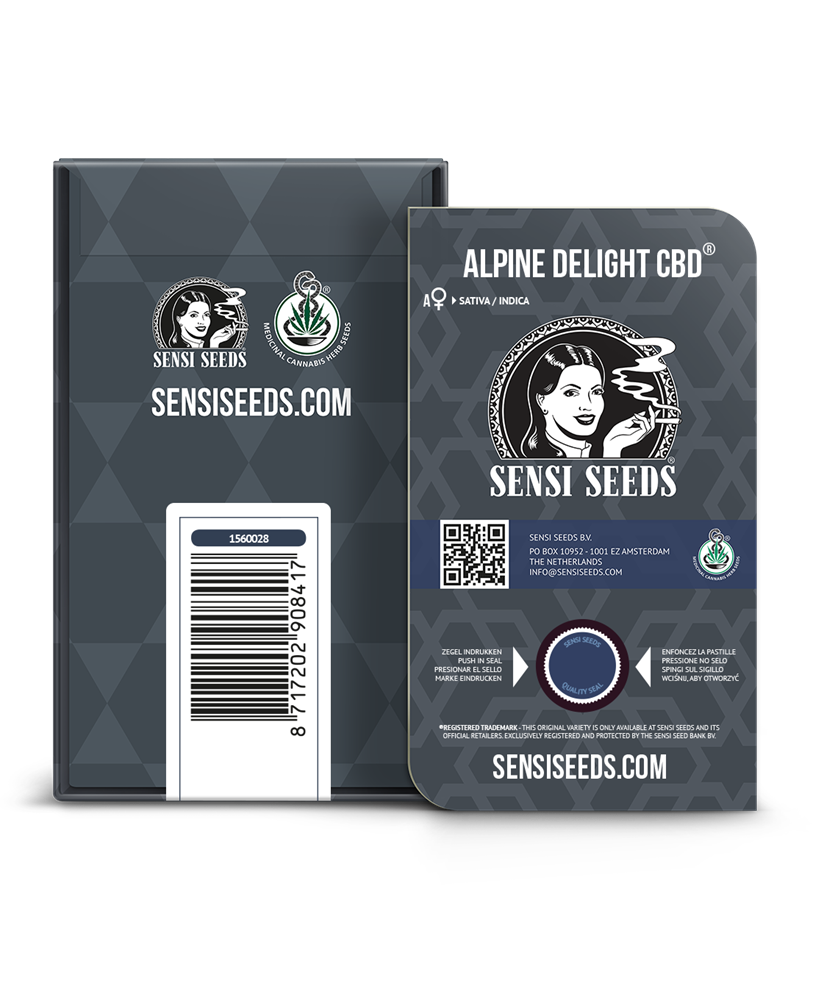 Alpine Delight CBD Automatic is an indica / sativa hybrid. Its parent plants are Swiss Dream and Skunk #1, a world-renowned strain. The plants are relatively compact, and produce heavy yields. As an auto, it thrives even in colder climates. The scent and taste are skunky, sweet and spicy, and the effect is relaxing and subtle, without inducing couch-lock.

Alpine Delight CBD Automatic is an indica / sativa hybrid. It was developed from two notable plants: Swiss Dream, and Skunk #1, one of the world’s best-known skunk strains. The plants are compact enough to be grown discreetly, and produce a pleasantly spicy, earthy aroma. They also thrive in colder climates and generate heavy yields without too much work. The THC/CBD ratio is 1:30, and the effect is gentle and relaxing.

This strain was originally a part of the 2019 Sensi Seeds Research Project. The choice of which varieties would become part of our permanent catalogue was so close, and the community response to this strain was so strong, that we decided to bring Alpine Delight CBD Automatic into the family for good.

The seeds are autoflowering. This is an advantage for novice growers, as it means that the plants enter their flowering stage at a defined point in their growth, instead of being influenced by light cycles. The autoflowering trait means more predictability, making them easier to care for. Autoflowering seeds are also resilient, and perform well in most climates; even locations with colder, shorter summers can produce great results.

Alpine Delight CBD Automatic has a relatively long flowering period (although still shorter than non-automatic varieties). However, the wait is worth it, as the plants are capable of producing impressively large yields. They’re also compact in height, which is beneficial to those who want to cultivate them without attracting a lot of attention.

It’s a fairly squat, bushy strain, and during its flowering stage, will generate a lot of buds. These buds usually develop without needing too much care and attention, resulting in bumper harvests, both indoors and outside. It’s hardy enough to be grown in colder, more temperate locations; alternatively, the plants can be cultivated indoors at any time of the year.

Alpine Delight CBD Automatic is an indica / sativa hybrid. It’s also got a high percentage of ruderalis genetics, which can be clearly seen in the plants’ hardiness in most climates.

The effect is subtle and relaxing. Indeed, thanks to the THC to CBD ratio (1:30), it’s actually so mild that the strain would be classified as industrial hemp in countries like Italy and Switzerland. This makes it a suitable choice for those who aren’t used to consuming cannabis, or who want a gentle, soothing effect for the end of the day.

With the rise in interest in CBD as a wellness supplement, there is a growing number of people who want to be able to use cannabis for its cannabidiol (CBD) content, without having to experience a THC high. Alpine Delight CBD Automatic is a perfect choice for this.

The scent and taste of Alpine Delight CBD Automatic reflects its gene pool. There are hints of sweetness and spice from Swiss Dream, but also an earthy skunk smell and flavour, thanks to the Skunk #1 influence.

Alpine Delight CBD Automatic Seeds is added to your shoppingcart!

Alpine Delight CBD Automatic Seeds is added to your wishlist!