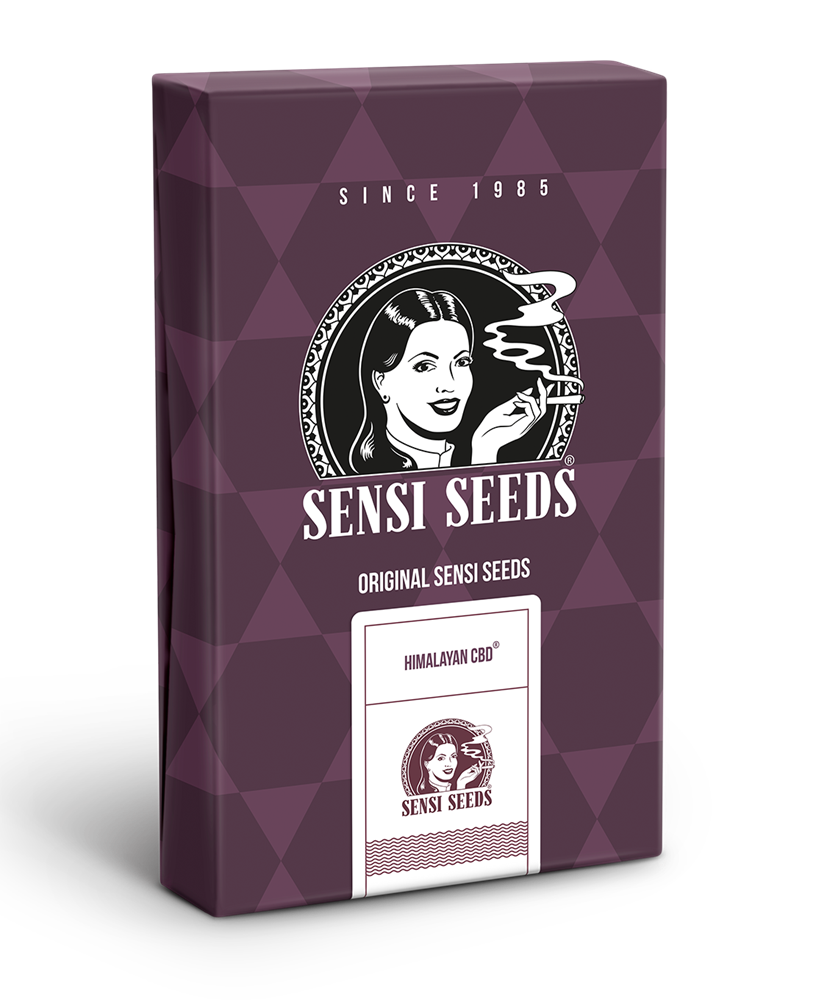 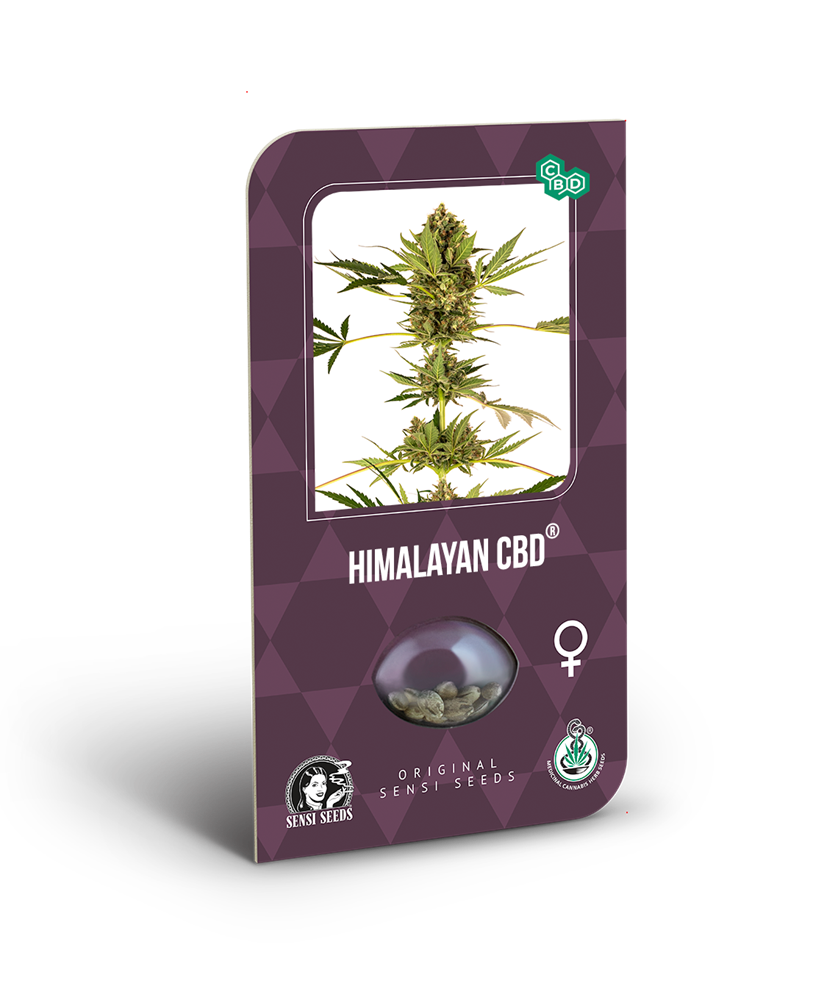 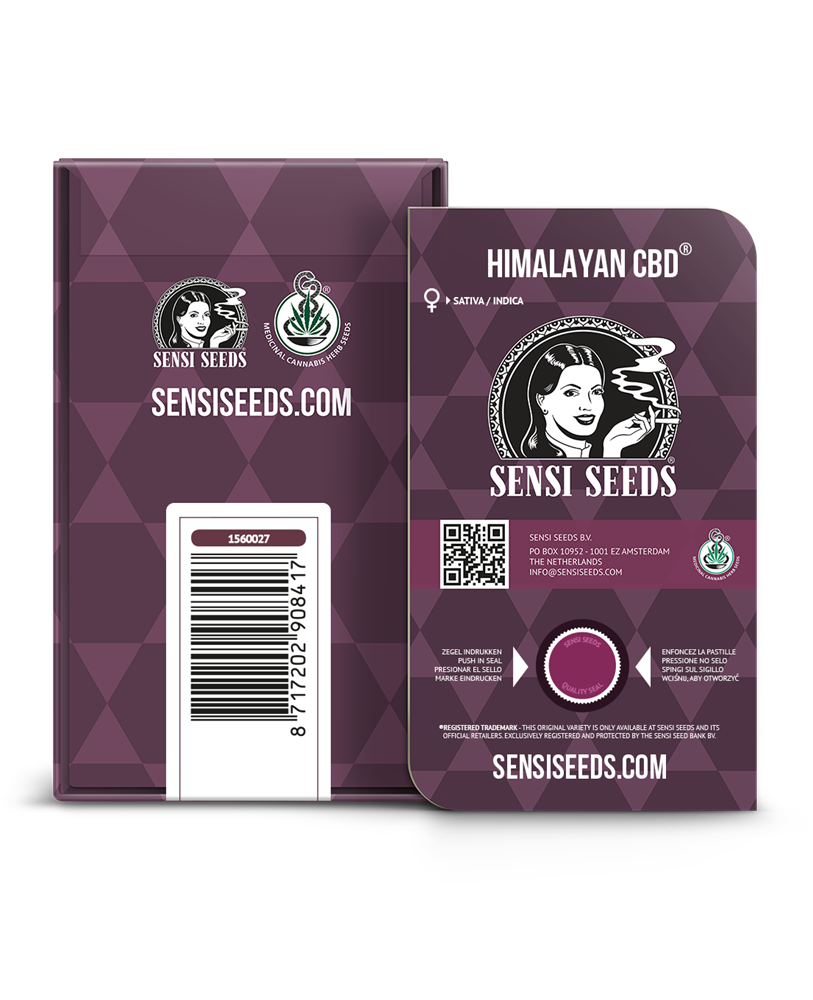 Himalayan CBD Feminized is an indica / sativa hybrid. The strain was originally called Sensi #49 CBD; it was renamed in 2020, thanks to the cannabis community. Its genetic pool includes Hindu Kush and OG Kush, and it has a THC to CBD ratio of 1:2. The plants are compact and produce extremely large yields. They grow well in temperate and continental climates.

Himalayan CBD Feminized is an indica / sativa hybrid. Its name was changed from Sensi #49 in 2020, following the suggestions and then votes of the Sensi Seeds community. The strain has an impressive cannabidiol (CBD) content, with a ratio of 1:2 THC to CBD. It’s also compact enough to be grown discreetly, and produces super-large yields without too much effort. Another advantage is the ability to grow the plants in temperate and continental climate. When it comes to the effects, users can anticipate something that’s pure kush in personality: potent and deeply relaxing.

The strain Himalayan CBD Feminized got its name from the Sensi Seeds community; prior to 2020, it was called Sensi #49. Its parent plants are Hindu Kush and OG Kush, which are both celebrated for their powerful, full-body stone, and the breeding selection process has pushed up the CBD content.

The seeds are feminized, which is advantageous for less experienced growers, as it removes the need to identify and remove male plants. All the plants produced by Himalayan CBD Feminized will grow and flower as though they are females. This strain also has a high cannabidiol content, with a THC to CBD ratio of 1:2.

Each crop has an average flowering time, which means that growers won’t have to wait too long to generate a good harvest. They’re also compact (thanks to the indica influence), so they can be grown discreetly both inside and outdoors.

Appearance-wise, the plants usually have a thick central cola, around which most of the buds will form. Under the right growing conditions, there are likely to be an abundance of buds, as this strain is capable of producing bumper yields. However, to get a really impressive harvest, a little care and attention may be required.

Himalayan CBD Feminized grows well in both temperate and continental climates, and thrives in a normal, warm summer. Alternatively, it can be successfully grown indoors.

Himalayan CBD Feminized is an indica /sativa hybrid. However, like its parent plants, OG Kush and Hindu Kush, it’s capable of producing a deep indica stone, which is relaxing for both body and mind. Users can anticipate a strongly soporific effect, and should be aware that it is potent and fast-acting.

The scent is both sweet and sour, with notes of exotic wood and pine. As with many cannabis breeds, the aroma intensifies as harvest-time approaches. Likewise, the taste is a combination of sweet notes and more tangy, bitter flavours, and is earthy, rich and woody.

Himalayan CBD Feminized Seeds is added to your shoppingcart!

Himalayan CBD Feminized Seeds is added to your wishlist!