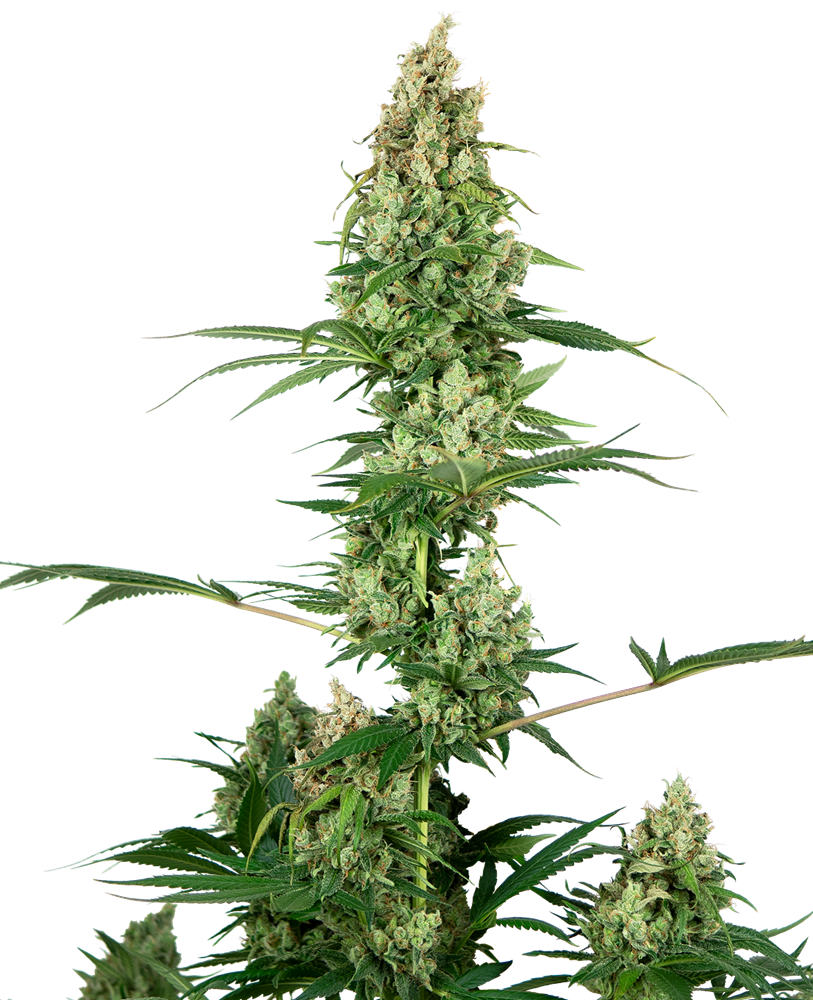 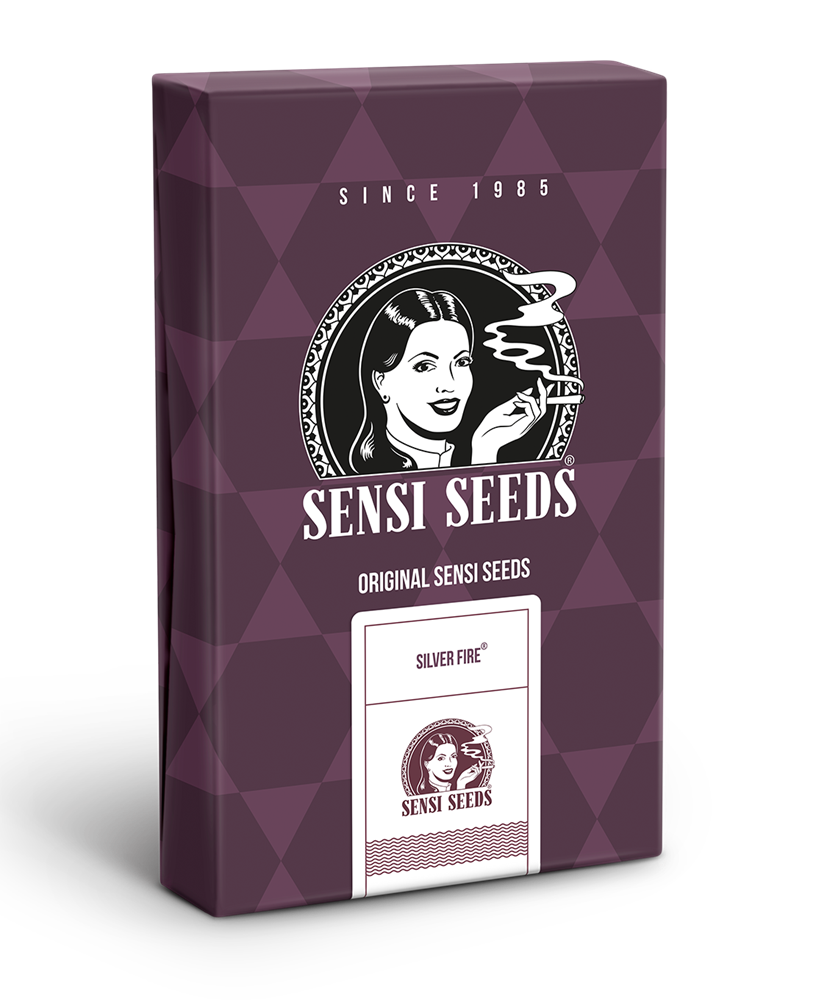 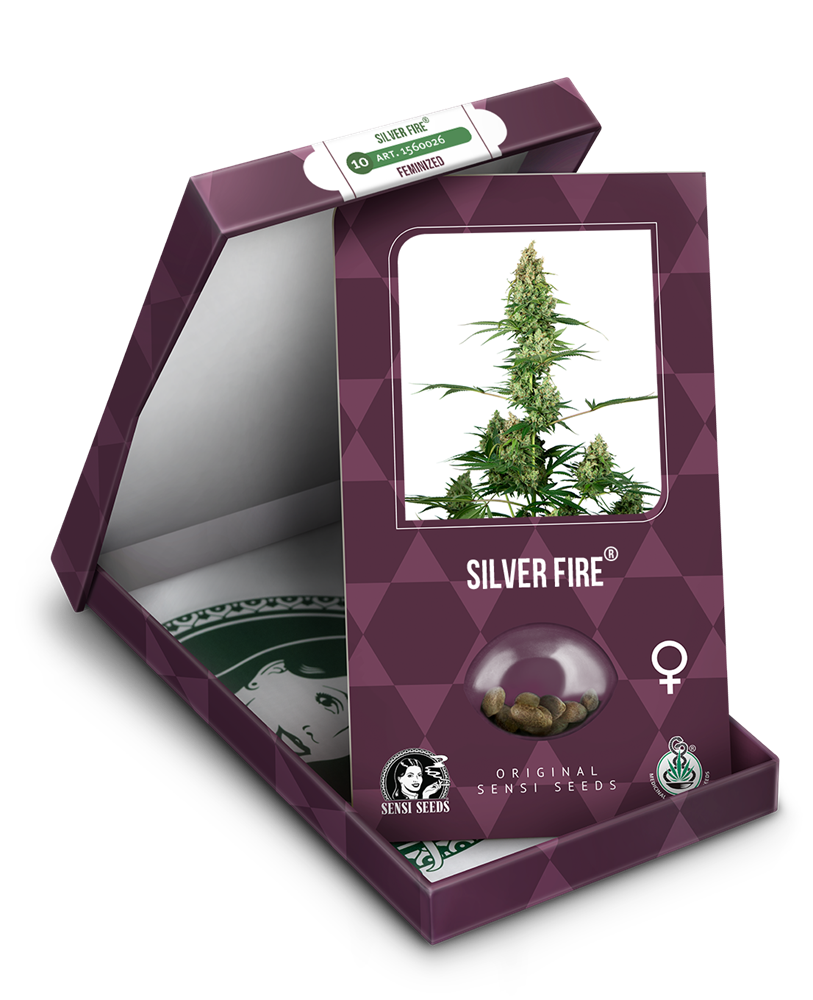 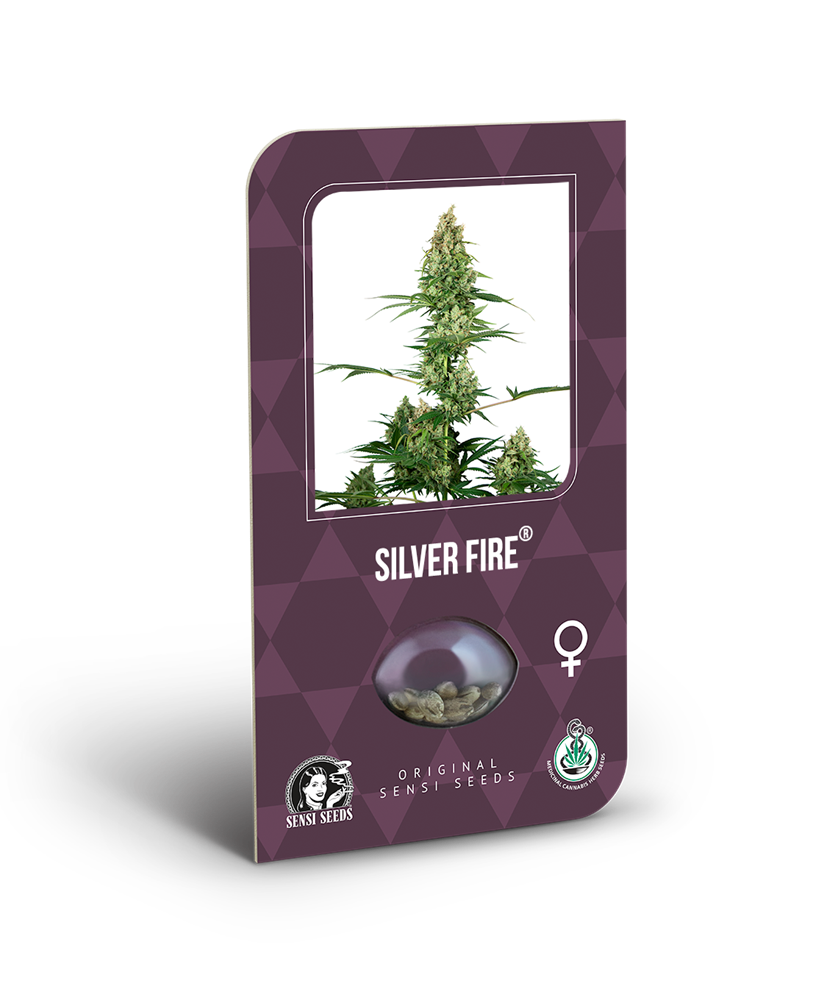 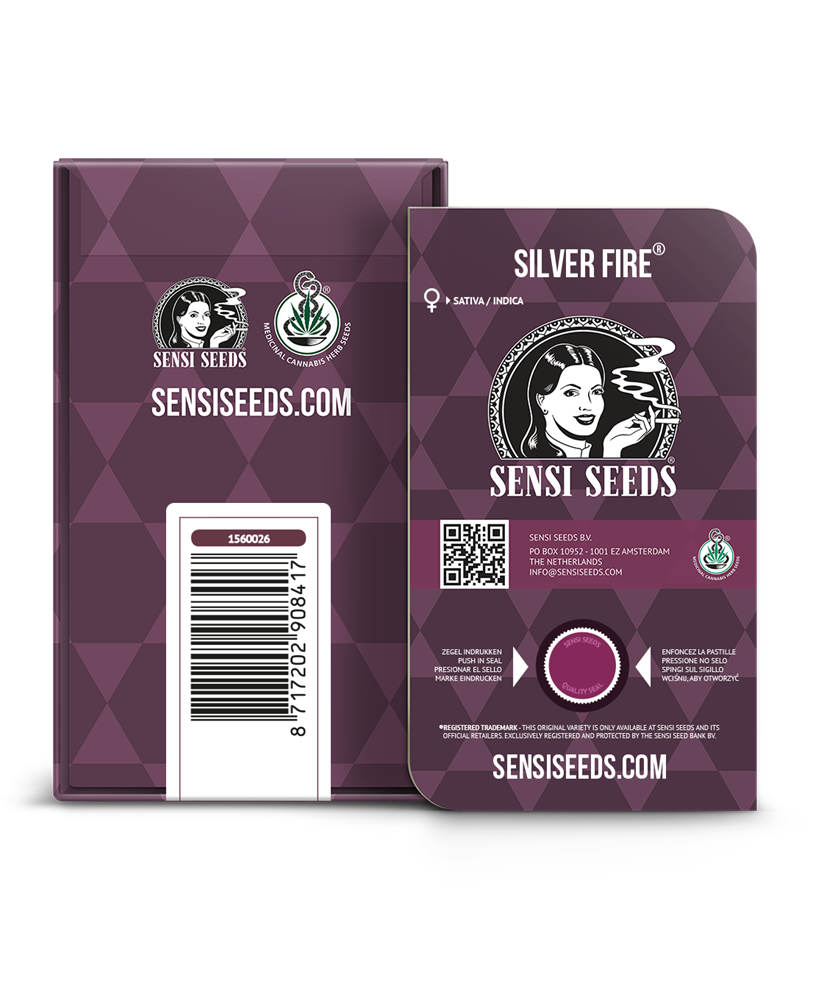 Silver Fire Feminized is an indica / sativa hybrid. Its genetic pool comprises our own Silver Haze, and the popular Fire OG. The plants reach average heights, with rapid growth during their flowering period. They produce large yields, and have a spicy, citrussy aroma and taste. The high is uplifting, euphoric and potent.

Silver Fire Feminized is an indica / sativa hybrid. It boasts an impressive gene pool, with parent plants including our award-winning Silver Haze, and popular US strain Fire OG. Silver Fire grows to average heights and produces impressively large yields. It thrives in sunny, warm climates, and has a citrussy, spicy scent. Users report a high that’s happy, uplifting, and powerful.

Originally part of the inaugral Sensi Seeds Research project in 2019, Silver Fire proved so popular with our community that we decided to add it to our catalogue – despite it not being one of the final three choices!

Silver Fire Feminized cannabis seeds have formidable parentage. The strain is an indica / sativa hybrid; its parent plants are the award-winning Silver Haze, and the popular US strain, Fire OG.

The seeds are feminized, and as such, an advantage for less experienced growers; it means there’s no pressure to identify and remove male plants. The strain has a fairly long flowering period, which provides it with plenty of time to produce a large amount of buds – ideal for those who want to generate bumper harvests.

Growers can expect the plants to grow to average heights. However, it’s important to be aware that they grow very quickly during the flowering period – sometimes stretching by as much as 200% during this time. This is a very sativa trait, and in appearance, they’re also reminiscent of a sativa, with plenty of buds around the central cola and lateral branches.

These buds usually result in formidable yields; one of the reasons that Silver Fire Feminized has rapidly become so popular. Care needs to be taken during cultivation though, to ensure that the harvest is maximised. The plants perform at their best when grown in a warm, sunny climate with a long summer. Alternatively, they can be cultivated indoors, all year round.

Silver Fire Feminized is an indica / sativa hybrid. This hybridisation is evident in the scent, the taste, and the resulting high. Upon consumption, users report that the strain leaves them feeling relaxed, happy and euphoric. It’s a fairly powerful, fast-acting high; so much so that novice users should be aware of how rapidly it can affect them!

The scent of the plants while growing is very lemony, with spicy, earthy notes that are reminiscent of Fire OG. This aroma usually strengthens as the plants mature, and also during the curing stage. The taste is mouth-watering; citrussy, spicy and warm.

Silver Fire Feminized Seeds is added to your shoppingcart!

Silver Fire Feminized Seeds is added to your wishlist!