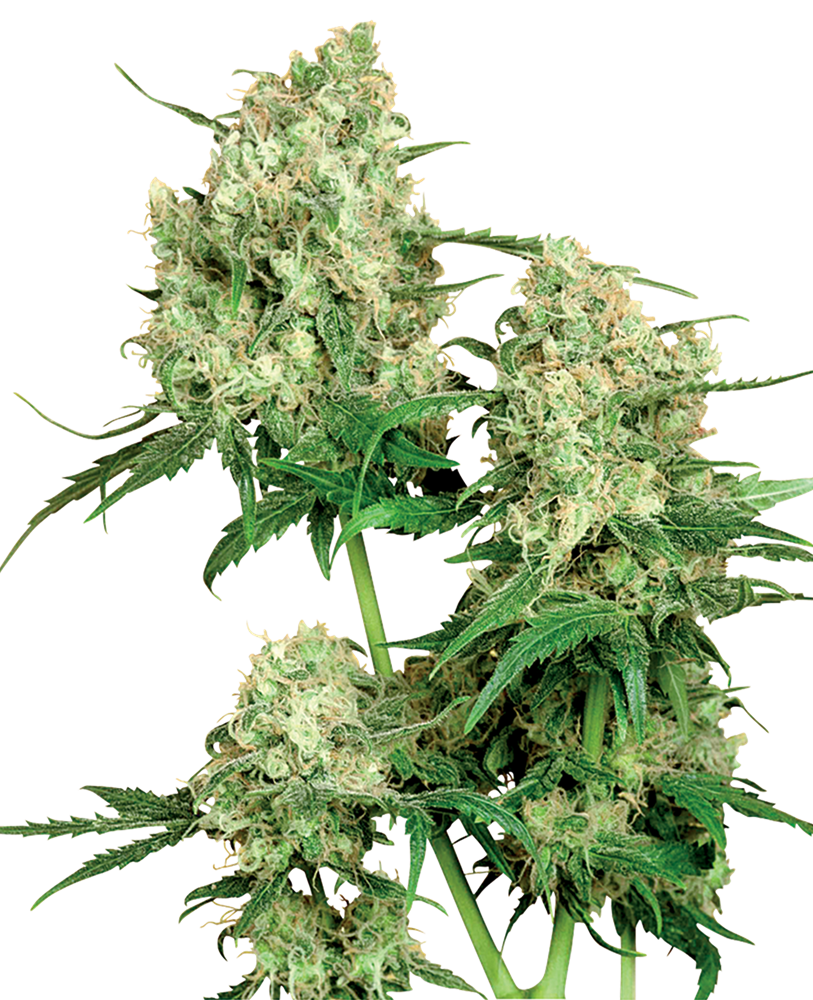 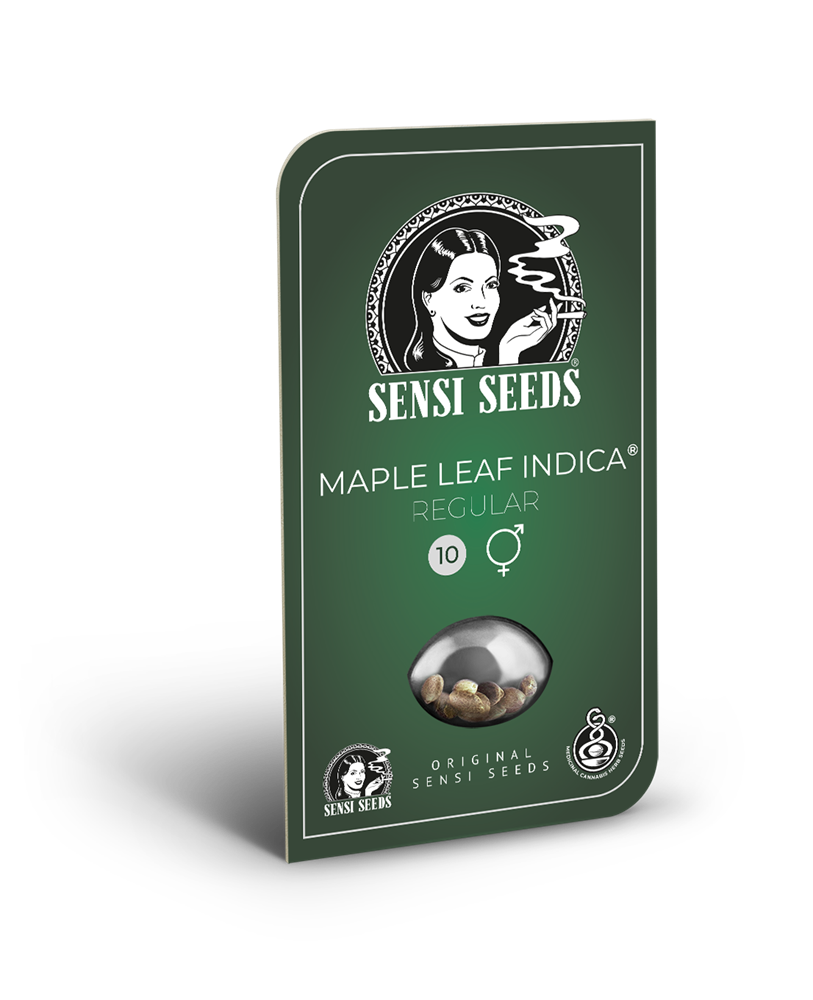 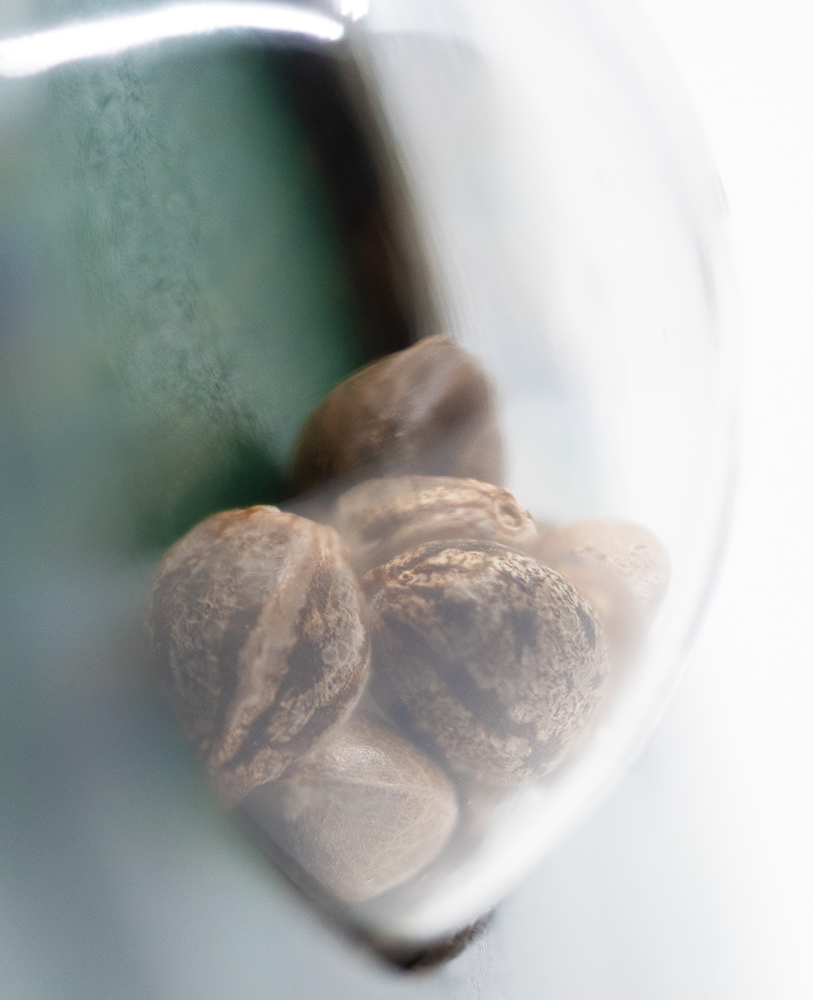 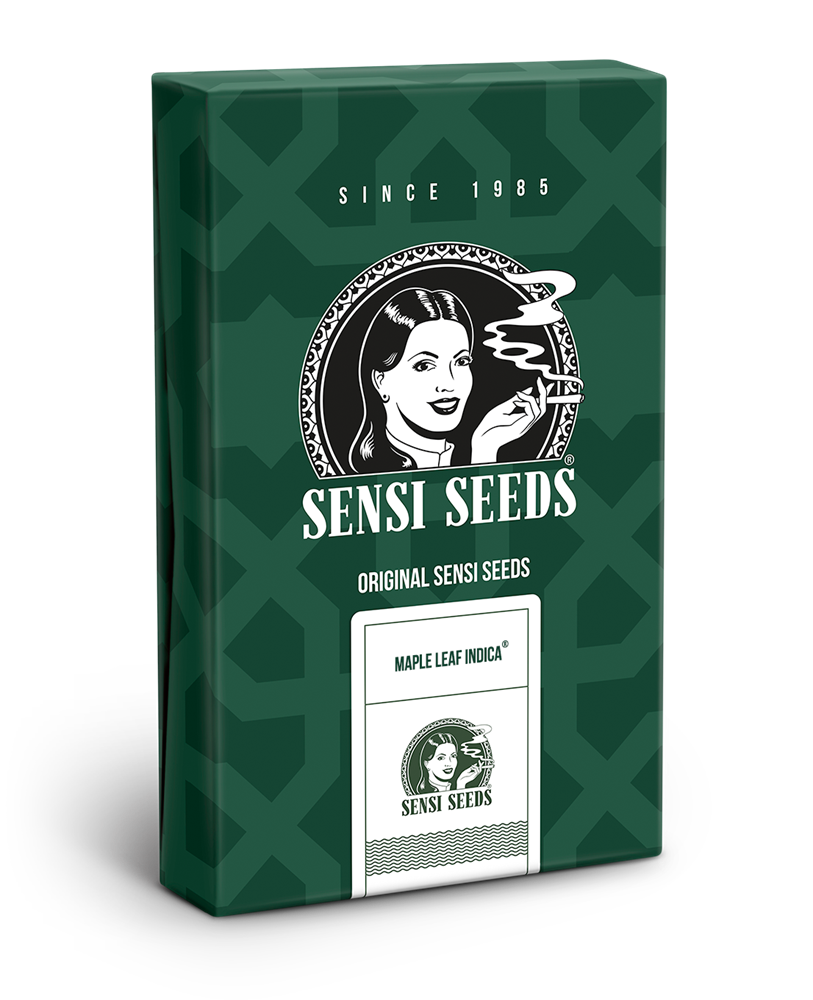 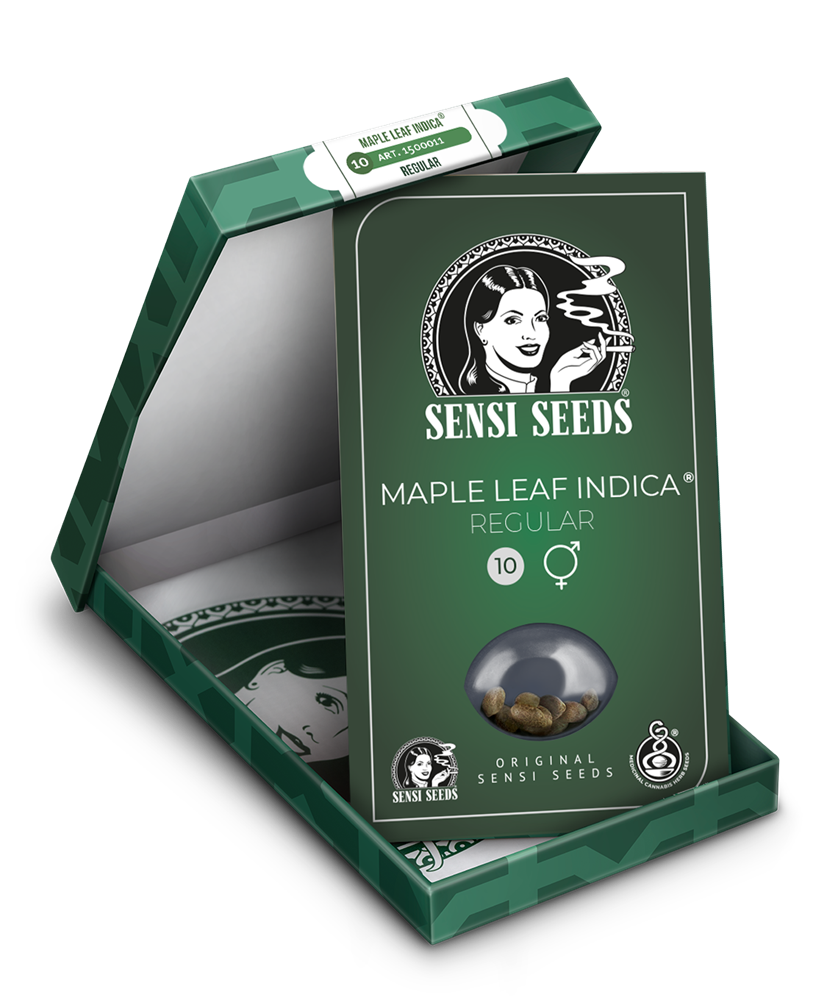 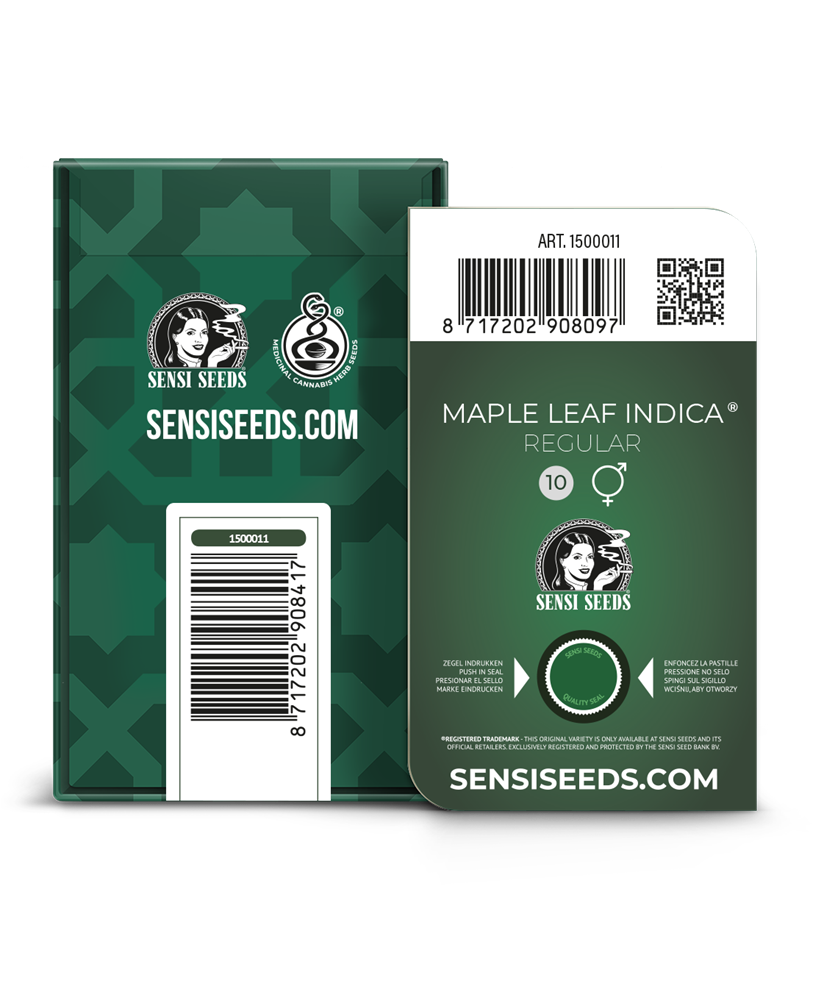 €54.997267230925
In stock
is added to your wishlist!
Discreet Packaging
Fast Delivery
Premium Quality
Share this product

Maple Leaf Indica Regular isn’t just any random strain: it represents a piece of cannabis history. Fans will recognise the classic Afghan flavour as much as the disarming body stone. 100% indica for nostalgic flights into past highs.

Long before Afghanistan became an international political football, it was the Mecca of hippies and cannabis fans. In Mazar i-Sharif, they filled up on stuffed flat bread (Lavash) and vermicelli pudding with dates (sheer khurma). The local hashish was of such good quality that new arrivals immediately put off their onward journey to Goa.

What followed were years of Soviet and American suppression. It’s all thanks to a collector that the Maple Leaf parents could be smuggled out of the country just in time. The exodus of Afghan genetics laid the foundation for modern cannabis cultivation. It’s only because of this that many Sensi Seeds hybrids are even possible.

Maple Leaf Indica Regular originates from one of the region’s few surviving strains. The dried buds provide the substance for premium quality hashish. This is a fast-flowering strain, with an average flowering time of 45 to 50 days. The plants are compact in growth. They are characterised by large leaves and heavy buds that ooze resin.

They have a high potential yield, without the added care and attention that other strains require. The plants are not really affected by cultivation mistakes, though it’s worth keeping a keen eye on pests. Experienced growers can optimise their yields with a Sea of Green (SOG). If the climate permits, these regular seeds also thrive outdoors. Given the best conditions, they grow into giant bushes with mighty upper branches.

The stone effects of this strain hit the body with full force. Because every muscle fibre in the body relaxes, there is a pleasing sense of weightiness. Larger amounts can send users into a deep sleep. Pure indicas such a Maple Leaf Regular result in a pleasant warmth, leaving the body feeling like it’s wrapped in cotton wool.

Given such impressive amounts of resin, a complex aromatic bouquet comes as no surprise. Depending on the phenotype, citrus, orange or grapefruit accents may dominate. The caramelly sweetness, from which this strain takes its name, leaves a buttery after-taste. The flavour experience is finished with the earthy notes that are typical of indicas.

Maple Leaf Indica Regular Seeds is added to your shoppingcart!

Maple Leaf Indica Regular Seeds is added to your wishlist!