When famous addiction expert Wayne Hall recently presented the findings of a 20 year research project at London’s King’s College, in which he claimed that cannabis is as addictive as heroin, there were only two conclusions to be made: one – Wayne sold his soul a long time ago and two – King’s College can no longer be trusted.

When humanity defined the methodology of science it was a break away from speculations and religion-inspired notions. Now, through measurement and method, we as humans were to discover the truth behind the manifestations of nature and reality.

These methods and measurements had to be replicable by other scientists to confirm these “new” realities. So, from Newton to Hawkins, method, measurement and mathematics are the core of science; and we all developed trust and respect for scientists who did such good and reliable works, ultimately changing our ideas of reality and resulting in a technological revolution. This trust was, however, soon to be exploited by big business and politics alike. Suddenly, all you needed was a guy in a white coat in a laboratory to advertise a washing powder to the public and our conditioned minds would believe what was said, even if only on a subconscious level.

Industrialists and politicians are not so much interested in the discovery of certain truths but rather in selling you a product or an idea. If they want to convince the masses, they can do so either via a so- called poll (if many think about this like this, it must be true) or via some professor (if he is a scientist, he must know). Now scientists also need to earn a living, and guess who pays them? ….. Ok, just t to be clear, if it is a university they work for, who finances their projects? …. Again and again we see that certain topics of research are pushed whereas others are pulled, usually because they go against political and/or business interests.

So, to put it bluntly, science seems to have lost its interest in finding out the unadulterated, measurable truth that the scientific method was set up for. Measurements are now only important when used to support a certain idea. Searching for the truth requires always more and more financial support as more research is necessary to discover it. “How are we going to eat tomorrow if we discover the truth today?” is now of more concern to the modern scientists. To ensure their economic survival, they are all too willing to sell their minds to the interests of industry and politics. And is this then not a form of prostitution? In any case, the institutions of learning have been willing to sacrifice the need for truth for that of financial gain, regardless of the suffering their deeds can cause.

So when famous addiction expert Wayne Hall recently presented the findings of a 20 year research project at London’s King’s College, findings in which he claimed that cannabis is as addictive as heroin, there were only two true scientific conclusions to be made: one – Wayne sold his soul a long time ago and two – the King’s College can no longer be trusted.

Following Hall’s announcement, all sensationalistic/mainstream journalists jumped on it as like flies on dung. Masters in the art of selective amnesia and selective outrage, all ready to sacrifice the truth for war, (which includes the drug war), they were all too eager to copy his findings without any scrutiny or checking of facts. To recognise Wayne Hall as an addiction specialist when he does not even acknowledge that sudden withdrawal from heroin and alcohol use can lead to instant death is amazing in relation to the fact that cannabis simply can not do this. No matter how much you use or have used before deciding to stop consuming it, dependence on cannabis can not kill you. Yet, this very simple fact was not questioned in most media reporting. 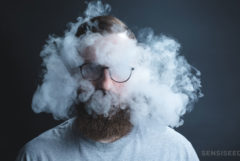 We now scientifically know how non-toxic cannabis is and that the human body contains its own endo-cannabinoid system (cannabinoids made by the human body) so these arguments of physical damage simply will not work anymore. Prohibitionists are now stuck with alluding to a potential addiction or a link between cannabis consumption and the development of psychological ailments such as psychosis, schizophrenia and a lowering of school results – arguments that make true scientists that still follow their moral compass, like Emeritus professor and top psychiatrist of the Harvard Medical School, Lester Grinspoon, chuckle.

Any self- respecting journalist in Great Britain should still be all too familiar with what happened to the famous professor David Nutt and his science team just a few years ago. He was sacked from researching drugs for the government, for since actually the government apparently did not want to know the truth about drugs. Funny that in the end it was stated that Nutt was working for the government but against government policies, simply because he was not willing to change the science to fit their story about the dangers of the different drugs. You will find tons of material related to Professor David Nutt on the internet, questioning the role of science in politics.

In the Netherlands we have current politics based on bad science (the Garretsen commission report), at this very moment stating that cannabis with a higher THC content then 15% is a hard drug. All scientific opposition to the report is ignored for the sake of repressive policy measures that have nothing to do with reality. I just hope that all reliability and credibility of this man and his university are damaged in so far that people see it for what it really is; corruption.

Now if you feel that this story makes you sad, just take a look at the comments below these articles when they are published on the internet. We all start to figure out that there is so-called polluted science and the masses no longer dig it anymore as easily as industry and politics would like.

Now it is time for scientists and journalists to catch up and if they don’t, more and more will see how corrupted they are and that their words are not science, but true propaganda.

1 thought on “Alan Dronkers: Can King’s College be trusted?”