Hemp, the world’s most sustainable raw material, can be integrated into car bodies and used as a biofuel. Henry Ford was the first engineer to include hemp fibres in car parts. Meanwhile, premium manufacturers are discovering the advantages of hemp in car construction. Including hemp makes cars lighter and safer.

The largest building in the world is currently being built in the Nevada desert. Construction is not over yet, but Tesla’s Gigafactory already occupies a space measuring more than 1.9 million square metres (two million square feet ). It was commissioned by Elon Musk, one of the richest men in the world. Musk is hailed by many as the saviour of the ailing automotive industry. Since he declared war on the oil industry, he has rapidly moved from success to success with his car company Tesla.

However, climate experts agree that electric cars are not the panacea that some believe them to be. The production and disposal of lithium batteries are not only expensive, but also bad for the environment. There is a green alternative to steel and batteries that is little discussed but offers extremely good prospects: products based on hemp.

Hemp has been used for thousands of years for products such as ropes and clothing. After World War II growing hemp became illegal. This was partly due to the lobbying of DuPont, the American manufacturer of synthetic materials. Only in 2018 was the cultivation of hemp re-legalised in the USA.

“Fortunately!” says the CEO of HempFlax, Mark Reinders, when asked. “Hemp is the most sustainable raw material in the world. You don’t need pesticides for its cultivation because it grows faster than weeds. Yield per hectare is also amazing. From each hectare of hemp, we harvest 2000 kg of fibre, compared to about 400 kg of cotton.” HempFlax is the world leader in hemp production. The company, which was founded in 1993, cultivates hemp in the Netherlands, Germany and Romania.

The possibilities of hemp are endless. HempFlax hemp is used, for example, indoor panels for Mercedes, Bentley, Bugatti and BMW. Reinders says, “Door panels usually consist of plastic and fibre. Hemp is thirty times lighter than glass fibre, which reduces the fuel costs of cars. In addition, only one tenth of the energy is needed to produce hemp.”

So, is hemp cheaper than other fibres? Reinders hesitates, “Only if the oil price stays above 100 dollars per barrel, then we can keep up. Still, we are not too expensive. Indeed, glass fibre is far too cheap because manufacturers don’t pay for the environmental damage and CO2 emissions they cause.” 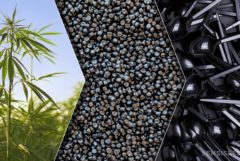 Hemp Plastic: What Is It and How is it Made?

5 key benefits of hemp for the automotive industry

Hemp stalks are rich in cellulose. They are used as a base for a variety of bioplastics. As Reinders explained, hemp is already being used to make car parts and its advantages are obvious:

Unquestionably hemp offers many advantages for the propulsion and construction of vehicles. Henry Ford and Bruce Dietzen built two interesting cars that combine all these advantages.

The cannabis car that was once nowhere to be found

Long before the world started discussing electric runabouts and hydrogen-powered racers, Henry Ford presented a vehicle that even today, over 80 years later, could be called a green car.

In the 1930s, Ford tested plastic parts for cars. The result was a vehicle weighing 500 kg less than a conventional car made of steel. Fourteen plastic plates were attached to a steel frame. The exact composition is still unknown today. The plastic parts were probably made of soybeans, wheat, hemp, and flax.

Ford commissioned Rudolf Diesel, the inventor of the diesel engine, to develop the propulsion system for this car. Rudolf Diesel built an engine that could run on vegetable and hemp oil. Ford believed in the potential of biofuels; he was quoted as saying, “There is enough alcohol in the annual yield of an acre of potatoes to drive the machinery needed to cultivate the fields for a hundred years.”

The Second World War put a stop to Ford’s ground-breaking plans. Car production halted and later the influence of the already powerful oil lobby, which had no interest in developing alternative fuels, grew.

Ford’s car went down in history as the “Hemp Car”. The more correct term would be the “Soybean Car”, as the Henry Ford Museum suggests on its website. The title “Hemp Car” actually belongs to Bruce Dietzen, who entered the limelight with his Renew sports car. 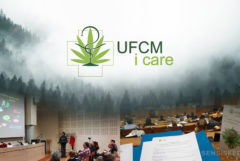 Inspired by Ford’s “Soybean Car”, entrepreneur Bruce Dietzen invested €165,000 ($200,000) to build a special sports car. His “green car” is based on the body of a Mazda MX-5, which Dietzen recreated with about 50 kg of woven hemp.

With it, he intended to show the many uses of cannabis, and do away with the taboos that had arisen during the “Reefer Madness“ era which still haunt the minds of many Americans. “Hemp produced from cannabis growing is still dangerous according to the government. As a drug it is considered as dangerous as heroin or cocaine – that’s crazy,” Dietzen said in an interview.

Because hemp was still illegal in 2016, he had to import the raw material from China. He is visibly proud of his car, which is exceptionally light and robust. Its impact-resistant body (ten times stronger than steel) provides great resistance to dents and bumps. Dietzen is convinced that it would need much less repair work after an accident than conventional cars.

The “green car” is the result of hard work and a great example of the potential of hemp in automotive construction. However, it remains a one-off, and no hemp car has made it into large-scale production to date. Motive Industry made an attempt to do so with Kestrel, an electric car whose body was made entirely of hemp. In 2013, the Canadian company wanted to start serial production, but has not done so until now.

The European automotive industry has been using plastic parts made from hemp for some time. The Lotus Eco Elise was the first road-appropriate car to be made predominantly from hemp materials – not only in the panels, but also in the interior textiles. BMW also relies on hemp for some of its premium models, most notably the BMW i3, which has won many awards but is now somewhat outdated as an electric car.

No topic dominates the automotive industry as often as sustainability. While in the past only insiders knew that hemp was used in certain Porsche and Lamborghini dashboards, the use of environmentally-friendly materials has now become a selling point.

Volvo’s Swedish subsidiary Polestar promotes vegan interiors made of cork and hemp in its marketing materials. Leather is available only on express request.

It will be interesting to see what innovations the car industry has in store and which forms of propulsion will ultimately ‘win the race’. One thing seems clear, at least in the car’s interior, hemp will be indispensable.

Do you think hemp could make enough of a difference to mitigate the damage done by car production? Would you drive a hemp car? Let us know in the comments! 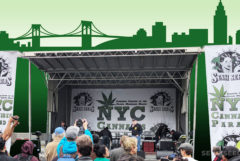 NYC Cannabis Parade 2020: All About the Future and Past Editions