Documentaries are the perfect way to open people’s eyes, so it’s no surprise that there’s a whole series of high-quality documentaries about cannabis that dispel myths and half-truths. We have selected 10 of the best for you. Lights, camera, action!

A good documentary is a bit like the red pill in the Matrix: enlightening, revealing, real. After taking it, nothing will be the same again and you will see the world from an entirely new perspective. In times of fake news and “alternative truths”, blogs and videos are assuming an important role in the formation of opinions.

However, even for documentaries, it’s worth taking a closer look! Because every documentary is based on more than just facts; they also incorporate the motive of a director, who wants to create a particular response from his audience.

The following 10 films highlight cannabis from different perspectives and allow smokers, producers, scientists, doctors and politicians to have their say. Overall, they provide a clear overview of a controversial, misunderstood and political plant.

Interesting fact: the narrator is the actor Woody Harrelson

“Grass – The History of Marijuana” is a good introductory film that offers a historical perspective on the plant and its use. Ron Mann relays serious information, but also understands the importance of conveying it in an entertaining manner.

This film demonstrates how cannabis was portrayed badly through targeted propaganda and the type of catastrophic consequences that are arising due to the war against drugs. The soundtrack, which includes a sprinkling of classics such as “Reefer Man” and “One Toke Over The Line“, was particularly appealing to us.

Interesting fact: a parody of “Super Size Me” by stand-up comedian Doug Benson

Doug Benson’s answer to the film “Super Size Me” is one of the funniest documentaries there are about cannabis. “Super High Me” stays true to the original as Benson consumes cannabis non-stop for 30 days and takes various tests to check the effects on his body and mental wellbeing. Before the experiment, Benson abstained for a month. 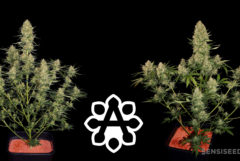 Interesting fact: probably offers the most extensive overview of the industry there is

Perhaps the most informative cannabis documentary in history. We follow the scriptwriter Adam Scorgie through Canada and learn how exactly an illegal industry is able to exist. During “The Union”, everyone involved has the opportunity to have their say – from producers, criminologists, doctors, politicians and economists to leading figures in popular culture. The film looks at the subject of cannabis and says a lot about today’s society and its lack of freedom.

In her film, “Clearing The Smoke”, Anna Rau focuses on the medicinal aspects of cannabis. She illustrates how cannabis works and what symptoms of illness it can be used to fight. In the manner of a scientific feature, the film contains in-depth interviews with physicians, patients, researchers, as well as sceptics.

Interesting fact: highlights the legislation on medicinal cannabis in the USA

NORML is the acronym for the “National Organization for the Reform of Marijuana Laws”, a US non-profit organisation based in Washington. The aim, as explained in the documentary, is for cannabis to be legalised.

“A NORML Life” provides the viewer with a good overview of medicinal cannabis in the USA. Attentive observers will know, of course, that a great deal has improved since the film was released.

Interesting fact: one of the few European documentaries about cannabis

“When We Grow This is What We Can Do” is something like a shorter version of “The Union”, focusing on Great Britain. In his 50-minute film, Seth Finegold looks at many different aspects of cannabis – from industrially grown hemp to the origins of the prohibition, and from medicinal use to equipment for personal cultivation.

One of the experts speaking in the film is David Nutt, Head of the Independent Scientific Committee on Drugs and former drugs advisor to the British government.

Interesting fact: from the makers of “The Union”

An enthralling story with a sprinkling of famous faces such as Snoop Dog, Joe Rogan and Wiz Khalifa. This star power is supplemented with expert opinions and new research results. “The Culture High” questions the arguments of the legalisation opponents and uncovers their true motives. Brett Harvey breaks down the current cannabis ban like you might a house of cards. A film that’s not to be missed!

In 2013, Dr Sanjay Gupta recognised that he had been deceiving himself. As CNN’s medical correspondent, he is reported not to have looked into the medicinal effects of cannabis in sufficient detail and misled the public. When he shot “WEED”, he became acquainted with the plant’s medicinal uses and decided to come clean with viewers. Gupta switched from being an opponent to an advocate of cannabis.

Thirty-year-old Clark French has multiple sclerosis (MS). Because he uses cannabis to fight the symptoms of his illness, he regularly comes into conflict with the law and exposes himself to a social stigma. The true strength of “GrassRoots The Cannabis Revolution” lies in its simplicity. Without all the razzle-dazzle, this film portrays ordinary people with an extraordinary amount of courage.

Interesting fact: shows where the journey to legalisation is going

Part comedy, part documentary, Peter Spirer strikes the difficult balance between fun and seriousness. Because “The Legend of 420” covers a large number of topics, it can sometimes appear somewhat chaotic. The last third of the film, which focuses on the cannabis entrepreneurs and their new products, is particularly interesting. They answer the question of where the cannabis industry is headed.

There’s almost nothing as satisfying as watching a movie while stoned. So why not make your next stoner movie session a stoner documentary session? Get high and learn about cannabis – that sounds like the perfect way to spend an evening.

Are there any other cannabis documentaries that you have loved watching? Let us know if we missed any by leaving a comment!