Cannabis DNA Tests: Do They Work & Are They Worth It?

We’re all different, our DNA proves it. That’s is why different things affect us all differently, including cannabis. Would you like to know what your DNA says about how your body will react when you use cannabis? Soon, the world’s first cannabis genetic test will help you know what your body’s response will be.

Our DNA reveals our uniqueness at the genetic level, which means that we’re all different and that our bodies process everything differently, including cannabis. But we’ve made many advances in genetics and so-called “personalized medicine” or genomics.

Today we’re able to identify genetic traits and the causes of diseases to provide patients with the best possible treatment based on their specific biological markers.

And now the same can be applied to cannabis use. Over recent years, cannabis genetic tests have been hitting the market to let us know how our bodies will react to this substance.

Our DNA sequence is unique and unrepeatable

Using the latest advances in molecular biology and bioinformatics, we can identify the ‘polymorphisms’ or ‘genetic markers’. These markers may indicate if one is likely to have any particular response to cannabis use, if they’ll be likely to respond negatively to it or have an increased risk of complications, such as mental disorders or dependency problems.

Everyone has a unique DNA sequence. Polymorphisms are a variation in the sequence of a particular area of the DNA among the individuals of a population; that is, they occur in particular genes and vary from person to person.

However, it should be noted that such genetic variations are rare. According to the latest research, only about 10 percent of occasional cannabis users develop a physiologic dependence, cravings, or other addiction-related behaviours that can affect everyday life. 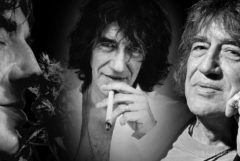 Regular or occasional cannabis users may think there’s no real point in using these new tests since they likely already know how they react to cannabis use. However, a genetic analysis may reveal to those who have never tried cannabis if they’ll react negatively to its use, and may also indicate the likelihood of developing a problem derived from habitual consumption.

Reportedly, the first cannabis genetics test was developed and released by Anant Life, a Canadian company that specializes in genetics testing for medical conditions. They claimed this test could identify genetic markers for many predispositions. For example, cardiovascular dispositions that could lead to “a lot of risks” with cannabis use or a predisposition to eating disorders and how cannabis use may affect that.

Ranging from about $700 to $900 though, it’s certainly not something within everyone’s budget.

More recently, Toronto-based Lobo Genetics has developed their own test that’s available in some Alberta stores. This genetics cannabis test looks at three specific genes to predict how one will react to using cannabis:

Some medical experts warn that the tests done for cannabis genetic testing have been small, though. Previous exposure to drugs may also play a role in how one reacts, as well as many other genes other than the three that Lobo Genetics tests focus on.

Other companies that market cannabis DNA tests include EndocannaHealth (we loved this journalist’s review of the test), and Pathway Genomics.

The development of these tests could eventually be beneficial for not only people wanting to foresee how they’ll react, but also for medical reasons.

Cannabis is widely known to be used for pain management. So could these tests help pave the way for making it legal everywhere and help end the opiate crises? Maybe.

For years in North America, medical patients have been over-prescribed opioid drugs, which has led to a tremendous health crisis. Deaths due to opioid related overdoses killed nearly 50,000 people in 2017. Sadly, more than 100 people die every day from opioid overdoses and 4 to 6% of those who misuse opioids will end up using heroin.

It’s been demonstrated that medicinal cannabis may be a promising option to replace opiates in the treatment of pain, as well as replacing other drugs such as antiepileptics and antipsychotics. Some medical professionals may have qualms about prescribing medicinal cannabis, though. With these genetic tests at their disposal, and being able to determine which patients would be a good candidate for it, some of those doubts may be eased.

At a time like this, where advances in cannabis legalisation, and especially in what concerns medicinal cannabis, science has its eyes on the study of the endocannabinoid system. Thanks to the development of DNA sequencing techniques and personalized medicine, we’re at the best point so far to better understand the genetics and regulation of such a system.

Currently, the goals of personalized medicine are to treat patients by administering the most adequate medication, or group of medications, in a dose that’s suitable for each specific patient and based on their chemical and genetic individuality. Personalized medicine is based both on the knowledge of the molecular nature of the disease at hand and on the chemical individuality of each patient. Such tests are not yet widely available in a reliable or cost-effective fashion.

The molecular diagnosis might allow medical professionals to tailor the treatment to each patient, including the dosage and duration of treatment. And all this also applies to medicinal cannabis.

Should you use a cannabis genetic test?

Whether for medical or recreational use, there’s one big elephant in the room when it comes to using these genetic tests: Privacy and security concerns. Sure, most of the companies offering them state your information (your DNA!) won’t be sold. But that doesn’t mean it couldn’t be shared in the future or sold to another company if they were close or sold the business.

Then there’s also the very real and growing problem of data breaches and theft. And unlike personal data that is often sold, like shopping habits or even credit card numbers, your DNA will never change or expire.

Also, you have to keep in mind that genetics isn’t an exact science and results could easily vary from company to company or from one scientist to the next. There’s a difference between tests a physician would carry out in a controlled lab setting and one that’s done at home.

In fact, one recent analysis found that as much as 40% of results from at-home (direct to consumer) DIY genetic testing kits produced false positives. So while they may be fun and even helpful, official testing would still be recommended in cases where the results lead to decisions that affect health and safety.

Decoding the DNA sequence of an individual is no longer a technique exclusively intended for scientific research. Although not so many years ago this technique was extremely costly in terms of money and time, today it’s become a routine technique used in genetic diagnostic laboratories and is affordable for many people.

We hope that soon this type of analysis will be within reach and available to all consumers of medical and recreational cannabis in the world.

1 thought on “Cannabis DNA Tests: Do They Work & Are They Worth It?”