Cannabis in Turkey – Laws, Use, and Other Information

Turkey takes a tough stance on cannabis possession and supply. It’s illegal to use or sell it, and if you’re caught, a prison sentence may be given. However, recent government changes mean that industrial hemp can now be legally grown again, which may provide Turkey’s economy with a serious financial boost.

Can you possess and use cannabis in Turkey?

Turkish law has relatively severe penalties for those caught with cannabis in their possession. The Turkish Penal Code states that prison sentences will be given to those who possess or purchase cannabis. This is currently fixed at two to five years.

Offenders have the option to have treatment instead of a prison sentence. If they request treatment from a doctor before being caught, the doctor is not legally obliged to report them to the police. The offender also has the choice to choose probation as an alternative to prison (up to three years). However, repeat offenders cannot select probation a second time.

If cannabis users refuse treatment or fail to keep to their probation requirements, the Turkish courts can then issue a prison sentence.

Can you sell cannabis in Turkey?

Turkey’s location presents a unique situation in terms of cannabis supply. Situated next to drug-producing nations in the Middle-East, it acts as a gateway for cannabis dealers to distribute illegally in Europe. There is considerable pressure on the Turkish government to control this trafficking, and as such, the penalties are severe.

Import and export of cannabis can result in a prison sentence of 20 to 30 years. Selling or supplying it within Turkey means a sentence of 10 years or more. This increases to 15 years or over if the cannabis is sold to a minor. Synthetic cannabinoids result in a further increased sentence (of 50%). Likewise, if the supplier has a legally regulated job (e.g. doctor, pharmacist) the sentence is also raised.

Can you grow cannabis in Turkey?

In 2016, the Turkish government approved cannabis production in 19 provinces across the country. All cannabis farms in these areas are government controlled, and authorised farmers must get rid of all parts of the plant after harvesting, to ensure it isn’t sold on as a psychoactive drug.

It is illegal to grow cannabis at home, even if it is just for personal use.

Is CBD legal in Turkey?

Many people are confused as to whether CBD oil is legal in Turkey. The official line seems to be that it is legal, but only if the THC levels of the oil are 0.2% or less.

Certain medical products containing CBD oil are available at pharmacies as well, and some doctors are willing to prescribe them.

Can cannabis seeds be sent to Turkey?

Although it is legal to send cannabis seeds to most countries in Europe, Turkish law does not permit it. Cannabis seeds cannot be sold in Turkey, and neither can they be mailed into the country via the post.

Medical use of cannabis is legal in Turkey, providing the patient has a prescription from a registered health professional. Patients cannot purchase cannabis buds, regardless of whether they have a prescription or not.

In February 2017, the Turkish Ministry of Health added Sativex to its ‘importable medicines’ list – which enables pharmacies to order the product from abroad. CBD oils are also widely available.

In 2016, the government legalised the production of cannabis for medical purposes in 19 provinces across the country. These included Amasya, Izmir, Malatya and Antalya, among others. The plantations will be rigorously monitored by the government. Checks will be carried out each month before the harvest season, and all leftover parts of the plant after harvesting must be disposed of carefully.

How can you get prescribed medical cannabis?

To be prescribed cannabis for medical purposes, you must be assessed by a Turkish doctor who is authorised to issue ‘red’ prescriptions. This type of prescription is allocated to medications that contain narcotics.

Once a prescription is given, the patient may obtain cannabis-based medicines such as Sativex or CBD oils. Currently, these products are imported. However, in 2016, several cannabis production facilities were established across the country, which means that Turkey should be producing its own medicine in the future.

Usually, medical cannabis is only prescribed for patients who have tried other forms of treatment and found them to be ineffective.

Turkey has an excellent climate for hemp cultivation. Since the 1970s, all production of hemp has been illegal, but in 2016, the government permitted its growth in 19 provinces, for medical and scientific purposes.

President Erdogan made a speech in 2019, highlighting his plans to make widespread industrial hemp production legal again. At present, the country heavily relies on imported hemp products for use in paper manufacturing, textiles, the automotive industry and more. By reintroducing the hemp industry in Turkey, it could provide a beneficial boost to the economy.

Up until recently, most Turkey’s political parties adopted an anti-cannabis stance. However, President Erdogan’s recent change of heart regarding industrial hemp production reflects a shift in public opinion.

His recent comments about “enemies of Turkey who pretend to be friends” is thought to be aimed at the US, who encouraged Turkey to make cannabis production illegal. In a bid to change the Turkish people’s attitudes to cannabis, the government television channel (TRT) started airing infomercials about the benefits of hemp production.

If you are travelling to Turkey (or are a resident of the country), it is useful to know the following: 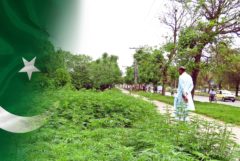 Evidence suggests that cannabis was cultivated in Turkey as long ago as 1,000 BC. Throughout the country’s history, hemp was widely grown and valued for its many uses. Use of ‘hashish’ was also culturally accepted for many centuries. Indeed, the Sufi form of Islam used cannabis in their ceremonies, and coffee houses across the country permitted use of it on their premises.

This all changed in the 1900s. In 1925, Turkey (along with Egypt) called for the inclusion of cannabis in the Geneva International Convention on Narcotics Control. Cultivation of industrial hemp likewise dwindled, thanks largely to the growing popularity of synthetic fibres. In 1961, Turkey had 35,000 acres devoted to cultivating cannabis. In 2017, this had shrunk to just 11.3 acres.

Throughout the latter half of the 1900s, cannabis was regarded as a threat to public health. However, recent developments suggest a shift in opinion. The introduction of medical cannabis recognises the plant’s abilities to ease symptoms associated with a variety of health conditions. Erdogan’s decision to start growing industrial hemp again was also welcomed by politicians and the Turkish people alike.

Due to its geographical location, Turkey has historically had to be proactive in controlling drugs trafficking. Acting as a ‘gateway’ between the Middle-East and Europe, it’s a popular route for illegal drugs to be smuggled into the continent.

For this reason, public opinion of cannabis has been largely negative in the past. Figures show that young people in Turkey use it far less than their fellow European counterparts. Cannabis is becoming more popular in urban areas though, even though it is illegal.

Cannabis and innovation in Turkey

Industrial hemp production in Turkey is an appealing prospect for businesses. The plant offers the opportunity for innovation – a fact that some companies are already capitalising on.

Turkish venture firm TechnoArge has developed an airport X-ray scanner that uses a cannabis-based composite. This blocks radiation emissions and improves the safety of the surrounding environment. The firm are also developing a bullet-proof vest, again using the composite. This makes the vest far lighter and more durable than the vests commonly used at present. 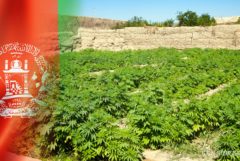 Cannabis and the economy

In 2019, the head of the Cannabis Institute of the Centre for Eurasian Strategic Studies predicted that Turkey could earn as much as $100bn by 2030, just from controlled cannabis production.

They also highlighted the multiple uses of the plant; for example in textile production, paper manufacture, biodiesel, plastic production, and more.

Turkey has succeeded in transforming an illegal industry into a viable market opportunity before. Poppy production became legal in Turkey in the 1970s, and poppy farms began opening soon after. The opioids contained in poppies have become vital to pharmaceutical companies across the world, demand remains high, and this has helped Turkey’s economy.

At present, there is no indication that the Turkish government plan to decriminalise the recreational use of cannabis. Penalties for being caught in possession of cannabis, even for personal use, are relatively severe.

However, President Erdogan’s decision to legalise industrial hemp production marks a distinct shift. By recognising the economic value of cannabis, this may bring about a change in public perception.

16 thoughts on “Cannabis in Turkey – Laws, Use, and Other Information”