Cannabis in California – Laws, Use, and History

In 1996, California became the first US state to legalise medicinal cannabis. Now, it’s also legal to use the drug recreationally, though the law only permits up to one ounce of cannabis, or six plants. Unsurprisingly, numbers of users are increasing, and attitudes towards the plant are shifting – though cannabis use is still illegal under federal law.

The US is governed by federal and state laws. This article covers the cannabis laws in the state of California. For US federal laws, please visit our other article.

Can you possess and use cannabis in California?

It’s legal to possess and use cannabis in California. The Adult Use of Marijuana Act (Prop 64), was approved in 2016, and permits individuals over the age of 21 to possess, privately use, share and give away up to one ounce (29 grams) of cannabis. They’re also allowed to cultivate up to six plants in a private residence.

However, there are restrictions to this law. Cannabis users are not permitted to:

As of 2018, anyone aged 21 or over is able to purchase cannabis for personal use at retailers, providing they have an ‘adult use’ licence.

Can you sell cannabis in California?

The Adult Use of Marijuana Act also permits the commercial sale, manufacture and distribution of cannabis. However, anyone selling it in the state must adhere to the laws laid out in the Medicinal and Adult-Use Regulation and Safety Act. This set of laws governs commercial cannabis law in the state.

City and county governments have the right to restrict or even ban cannabis businesses in their area, regardless of California’s overall stance on the matter.

The sale, distribution and testing of cannabis in the state is regulated by the Bureau of Cannabis Control (Department of Consumer Affairs). The Department of Food and Agriculture oversees cultivation, and the Department of Public Health is in charge of all commercial manufacturing of the drug.

Can you grow cannabis in California?

In accordance with the Adult Use of Marijuana Act, individuals living in California can “cultivate, possess, plant, harvest, dry or process not more than six live plants, and possess the produce of the plants”.

All harvested cannabis (and plants) must be kept within the grower’s private residence, or in the boundaries of their property (e.g. a garden). They must be in a locked space, and must not be visible to the public. If these terms are violated, the individual may be given a $250 fine.

Cities and county governments have the right to restrict cultivation for personal use. However, they aren’t permitted to completely ban cannabis cultivation inside a private house, nor can they ban it in a building that’s “fully enclosed and secure”.

This limit doesn’t apply to registered medicinal users, who are technically allowed to grow as much cannabis as they require.

Is CBD legal in California?

CBD is legal in California, both for recreational and medicinal purposes. However, the law doesn’t yet permit the use of CBD in food products. The California Department of Public Health issued a statement in 2018, highlighting that “food products derived from industrial hemp are not covered by MCSB regulations.”

Also, CBD is not permitted to be used in products that make medical claims either, apart from the FDA-approved Epidiolex. As the Supervising Deputy Attorney General notes: “This does not seem to leave much opportunity for general retail sales of CBD-containing products.”

Can cannabis seeds be sent to California?

At present, it’s legal to use cannabis seeds to cultivate plants in California. It is technically permitted to send the seeds within California via the mail, but federal law forbids transporting them across state borders. As such, individuals may encounter issues mailing seeds into California from other locations, and anecdotal reports suggest there are sometimes issues with packages being held by Customs.

California was the first state in the US to legalise the medicinal use of cannabis. It was made legal under the Compassionate Use Act of 1996, which was put in place to “ensure that seriously ill Californians have the right to obtain and use marijuana for medicinal purposes where that medicinal use is deemed appropriate.”

The Act lists specific conditions that would benefit from medicinal cannabis treatment, including: AIDS, cancer, anorexia, chronic pain, glaucoma, arthritis, migraine and spasticity. It also specifically states that cannabis can be used for “any other illness for which [it] provides relief.”

The Medical and Adult-Use Cannabis Regulation and Safety Act created a combined regulatory system for medicinal and recreational cannabis use. It provides an outline for local and state agencies to adhere to, with regards to the cultivation, distribution, manufacturing, dispensing and transportation of the drug.

This Act doesn’t particularly affect patients – the only restriction is that, if they grow cannabis for medicinal purposes at home, they must limit the growing area to 100 square feet. Primary caregivers are permitted to cultivate up to 500 square feet, to provide cannabis for up to five patients.

After the passing of the Farm Bill in 2018, industrial hemp became a legal crop across the entire country. This means it’s completely legal to cultivate in California.

The California Department of Food and Agriculture is responsible for the regulation of the industry in the state. At the time of writing, it has just finalised the rules regarding the cultivation of hemp, and the registration process for growers. In order to legally grow hemp, farmers must first register via their local County Agricultural Commission Office. There is a farming fee of around $900 per year.

The hemp industry is already thriving in California. It’s not surprising, given the state’s climate. The warmer temperatures mean that hemp thrives there, unlike many other colder regions of the country.

If you are travelling to California (or currently live there), you may be interested to know the following:

Cannabis has been cultivated for centuries in California. Back in the 1700s, it was mainly grown for rope and fibre, and by the early 1800s, huge amounts of hemp were being harvested. However, in 1810, Mexican rebellion against Spanish control meant that hemp farming subsidies were cut – and as a result, most hemp plantations were abandoned by 1841.

By the end of the 19th century, cannabis had had something of a rebirth, thanks mostly to the Turkish, Arabic and Armenian immigrants who had settled in the area, and who consumed the drug recreationally.

Like the rest of the USA, California’s cannabis market suffered after the ‘reefer madness’ campaign, which turned public opinion heavily against the drug. In 1907, the state passed the Poison and Pharmacy Act, which banned the sale of many substances; six years after, cannabis was added to the list. In fact, California was actually one of the first states to ban cannabis use.

The 1937 Marihuana Tax Act (which made cannabis illegal at federal level) didn’t actually have much impact in California; as the state’s authorities were already punishing those who consumed, grew or sold the drug. By the 1950s, being in possession of cannabis could land the offender in prison for as long as ten years. 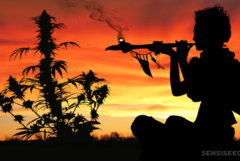 The ‘hippy boom’ of the 1960s meant that cannabis came back into popular use, despite its illegal status. In the middle of the decade, the Saturday Evening Post estimated that half of California’s college population had tried cannabis; demonstrating its significance in society.

San Francisco became the state’s ‘cannabis hub’; mainly because it was a central point for soldiers either travelling to, or arriving from South-East Asia. Those regarded as ‘different’ by society also congregated here; including those from the LGBTQ community.

Nobody is quite sure when the first cannabis sellers started operating out of shops in the city; but within a few short years, there were a number of ‘dispensaries’ in San Francisco. In addition to supplying cannabis for recreational purposes, they also became vital caregivers for those with AIDS and HIV.

In 1972, California was the first state to attempt to legalise the drug. Their attempt failed, as two-thirds of Californian people voted against it.

Although the law wasn’t passed, it marked a definite change of attitude within the state. Gradually, the laws started softening towards cannabis use, until in 1996, California became the first state to legalise medicinal use of the drug. 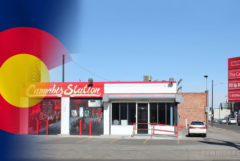 Cannabis in Colorado – Laws, Use, and History

A recent survey showed that attitudes towards cannabis in California can largely be divided into three groups.

Numbers of consumers are rising, and numbers of rejectors are decreasing – which suggests that Californians are, on the whole, becoming increasingly more tolerant towards cannabis use.

4 thoughts on “Cannabis in California – Laws, Use, and History”