Top 3 Benefits of Cannabis for Epilepsy

Epilepsy refers to a group of conditions characterised by recurrent seizures, which may be convulsive or non-convulsive. Cannabis and cannabis-based therapies have been shown to have beneficial effects on several types of epilepsy, through a variety of biological mechanisms.

Around 60% of all epileptic seizures are convulsive, which means that they are characterised by rapid, involuntary contractions of the muscles that can cause the entire body to shake or jerk uncontrollably. The most common type is the tonic-clonic seizure, which involves a short period of contraction of the limbs followed by their extension, and uncontrollable shaking. A period of unconsciousness can occur before the person turns to normality.

Both convulsive and non-convulsive epileptic seizures are caused by excessive activity in the neurons of the brain; if severe and prolonged, seizures can result in damage to brain tissue, particularly in young children, when the brain is still developing.

Because of prohibition during the 1970s, cannabis fell off the radar as a medicinal substance until recently. The recreational aspect of cannabis took over public opinion, and despite knowing that cannabis has some remedial properties, it was prohibited for medical use. Now, old research is resurfacing, especially in the case of epilepsy, opening new avenues of medical cannabis as a valid line of treatment.

1. Anticonvulsant benefits of cannabis for epilepsy

An early study conducted at the University of Sydney in 1974 demonstrated that delta-9-THC given in high doses had an anticonvulsant effect on mice that were administered chemical and electrical shocks as a means to induce seizures. It was noted that CBD increased the anticonvulsant effect of delta-9-THC, although the researchers did not find that CBD was effective in its own right.

Since then, various studies have found that CBD does, in fact, possess remarkable anticonvulsant properties in its own right, as well as potentiating the effects of delta-9-THC. A 2001 study demonstrated that delta-9-THC and the synthetic delta-9-THC analogue WIN 55,212-2 exerted their effect by agonising the CB1-receptors. CBD exerts its effects via a different means, as it does not agonise the CB1-receptor but instead acts as a weak antagonist.

Due to its effect on the CB1-receptors of the central nervous system, delta-9-THC can actually cause convulsions in rare cases, while CBD does not appear to have this side-effect due to its independent mechanism of action.

The precise mechanism utilised by CBD when working to control convulsions has still not been established, but it is proving highly effective in treating various types of epilepsy including Dravet syndrome in young children, and has gained ground rapidly as a potential treatment due to its lack of psychoactivity. 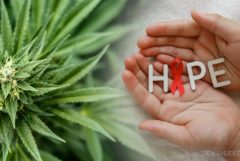 2. Neuroprotective benefits of cannabis for epilepsy

As research into the endocannabinoid system advances, it is becoming clear that it plays an important role in regulating the duration and frequency of seizures. In fact, there is an entire school of thought that suggests epilepsy is actually caused by a dysfunction of the endocannabinoid system (a condition speculatively known as clinical endocannabinoid deficiency), which could arise due to brain injury, infection or genetic predisposition. This school of thought was founded by cannabis researcher and PhD, Ethan Russo and includes other neurological conditions such as Parkinson’s, Multiple Sclerosis and Dravet Syndrome.

In 2008, a study published in Nature indicated that patients suffering from temporal lobe epilepsy appeared to have dysfunctional endocannabinoid systems. As the name suggests, temporal lobe epilepsy affects the temporal lobe of the brain, and typically produces non-convulsive seizures that involve some degree of sensory (visual, auditory, olfactory or even gustatory) disturbance—although it may also produce tonic-clonic seizures in severe cases.

The common cause of convulsive and non-convulsive seizures is excessive excitation of the neurons in the brain, with the affected region of the brain varying according to the type of epilepsy. In healthy patients, the endogenous cannabinoids anandamide and 2-AG are thought to play a fundamental role in regulating the level of neuronal excitation and thereby reducing the likelihood that a seizure is triggered.

Thus, in patients who possess a dysfunctional endocannabinoid system, cannabis and cannabis-based therapies may target the cause of epilepsy and provide a neuroprotective effect that reduces the severity and frequency of symptoms.

In extremely severe cases of epilepsy, a condition known as status epilepticus may occur. Status epilepticus may involve continuous seizures, which either last for a duration of over 30 minutes each, or occur at a frequency of more than one seizure per five minutes with no return to full consciousness in between.

However, there is evidence that cannabinoids—specifically CB1-receptor agonists like anandamide, delta-9-THC, and the synthetic analogue WIN 55,212-2—may provide stronger protection against status epilepticus. In a 2006 study published in the Journal of Pharmacology, WIN 55,212-2 demonstrated the ability to totally suppress all seizure activity, including the prolonged episodes associated with status epilepticus.

From this and various related studies conducted over the last decade or so, it has been well-established that agonists of the CB1-receptors are fundamentally important to terminating seizures and preventing the onset of status epilepticus. The research also supports that there is a very strong correlation between the endocannabinoid system and the neuronal excitation that leads to status epilepticus.

The $1 million grant from GW Pharmaceuticals for cannabis-epilepsy research

Using cannabis as a form of treatment for epilepsy has been controversial in the past, especially in cases of epilepsy that affect children. However, in the last decades, scientists have taken to researching this controversy to better understand cannabis’ medical application in the case of epilepsy. GW Pharmaceuticals’ $1 million grant to Readings University is one such example.

In Readings University’s research, three compounds were identified as having potential to be used for therapeutic control of seizures. Cannabidiol (CBD), ∆9-tetrahydrocannabivarin (THV) and GWP42006 significantly reduced the number and severity of seizures in rats. Ultimately, researchers are using cannabis to search for compounds that may completely abolish seizures altogether. 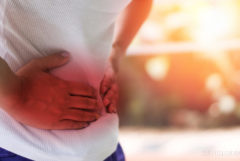 Charlotte’s Web and the advent of cannabis for paediatric epilepsy

One of the first human trials on the effects of cannabis for epilepsy patients took place in the 1980s, but was not followed up on until the last decade. Essentially, cannabis was removed from any repertoire as a potential treatment for epilepsy, and in fact, it was frowned upon if it was ever used in this manner. On top of this, there is controversy in applying principles of medical cannabis on a paediatric patient.

Then, in 2009, the Stanley Brothers began to produce a high-CBD strain called Charlotte’s Web. It was created with the specific purpose of treating a paediatric epilepsy patient whose name is Charlotte. Shortly after she was born, she began experiencing frequent and severe seizures. She was diagnosed with Dravet Syndrome. As soon as Charlotte started taking the 30:1 CBD:THC strain, her seizures reduced in severity and frequency almost instantly.

Josh Stanley, one of the creators of Charlotte’s Web, tells CNN:

This is one of the biggest hurdles that families and researchers face in the pursuit of understanding cannabis and its medical application for epilepsy. As it stands, the effect of cannabis on epilepsy is one of the most well-researched avenues of medical cannabis. As the research continues, cannabis is increasingly recognized and prescribed as a medicine for certain types of epilepsy, particularly those characterised by seizures.

28 thoughts on “Top 3 Benefits of Cannabis for Epilepsy”