Which Prescription Drugs Could Cannabis Replace?

For certain conditions, cannabis and cannabis-based medicines may be safer and more effective than current standard treatments. Medicinal cannabis patients in the US and elsewhere are beginning to replace or supplement conventional pharmaceuticals with cannabis, with very promising initial results.

Cannabis-based medications have already begun to replace a wide variety of conventional drugs in the management of common conditions, including chronic pain, epilepsy and insomnia. A 2015 Canadian cross-sectional survey found that 80.3% of 410 respondents substituted cannabis for at least one prescription drug.

As well as this, there’s evidence that some people are replacing alcohol and illicit drugs with cannabis – and potentially protecting themselves against serious health risks by doing so. The 2015 survey also found that 51.7% of respondents substituted cannabis for alcohol, and 32.6% for other illicit substances!

Another cross-sectional study in 2017 showed that nearly half of the 2,774 participants reported using cannabis as substitute for prescription drugs.

The case for substituting cannabis for opioids

In 1990, a double-blind study on a single patient showed that 5mg THC was as effective as 50mg codeine at managing chronic pain, with the added benefit of reducing muscle spasticity.

A 2016 retrospective cross-sectional survey assessed 244 medicinal cannabis patients suffering from chronic pain, in order to investigate changes in opioid usage and quality of life. The survey found that opioid use was reduced by an average of 64%, and that quality of life scores increased by an average of 45%. The average number of medications taken per patient dropped, as did the number and severity of side effects.

There appears to be a valid argument for replacing or combining opioids with cannabis for management of chronic pain. Patients are already significantly reducing opioid use after taking up medicinal cannabis, and anecdotal reports suggest some patients are using it to replace opioids entirely. However, although preliminary results are promising, randomised controlled trials will be needed to establish causation, appropriate dosages, and risk factors with greater certainty.

Cannabis may be a useful substitute for opioids in the management of chronic pain, but it has another, even more remarkable potential application as a substitute. Many opioids present a strong risk of addiction and physical dependence to the user. Once addicted, it can be extremely hard to wean the individual off the drug.

Over the last decade or so, research has begun to uncover a complex, intricate relationship between the endocannabinoid and opioid receptor systems. It’s becoming apparent that opioid addiction, and reward pathways in the brain and central nervous system, are influenced by the activity of the endocannabinoid system too.

A 2013 review on cannabinoid-opioid interactions and opioid addiction treatment goes into extensive detail on the subject. According to various peer-reviewed studies, the endocannabinoid system can mediate the activity of the neurotransmitter noradrenaline (also called norepinephrine) in the brain, and affect the response of the MOR (mu-opioid receptor). The precise relationship has not been determined – but as there is great potential value in exploring it, more research will no doubt be performed in coming years.

Furthermore, recent studies show that medicinal cannabis legalization is linked to less opioid-related hospitalizations and even a reduction in overdoses of opioid pain relievers.  Thus, cannabis can make opioids not only more effective, but also less harmful and less likely to cause dependence in the user.

For some severe forms of epilepsy, there are few (if any) existing drugs to choose from that successfully work to control the seizures. Thus, for types such as Dravet syndrome, the discovery of CBD’s ability to manage the associated seizures has indeed been close to miraculous.

In fact, GW Pharmaceuticals’ CBD-based antiepileptic Epidiolex has been granted orphan drug status in the US, meaning that it’s recognised as a treatment for a condition that has no other recognised treatments. Thus, for some forms of epilepsy, it has potential to be not so much a replacement as a new first line of defence.

However, there are various other forms of epilepsy that are traditionally treated with certain anticonvulsant medications such as phenytoin and phenobarbital. Many of these medications come with a range of side-effects that can be greatly debilitating. Furthermore, existing medications are only effective in around 70% of cases.

Several US states have included both child and adult forms of epilepsy as approved conditions treatable with cannabis. Now, some adult patients of epilepsy are finding that CBD-based treatments are as, or more, effective at managing seizures than conventional anticonvulsants, and without the severe side-effects.

There has been relatively little research into the potential for cannabis-based medications to treat common forms of epilepsy, and at this stage, there’s far more anecdotal evidence than experimental.

Other recent reviews have drawn similarly cautious conclusions. A 2014 review, Cannabidiol: Promise and Pitfalls, stated “there does seem to be a growing body of basic pharmacologic data suggesting there may be a role for CBD, especially in the treatment of refractory epilepsy. However, given the lack of well-controlled trials, we must also ask if we are getting ahead of ourselves”.

Thus, the case for replacing anticonvulsants with cannabis for common forms of epilepsy is not as compelling as with opioids, but the volume of positive patient reports suggests that there is certainly more research to be done.

Other medicines that cannabis could replace

As well as the above-mentioned opioids and anticonvulsants, cannabis and cannabinoid compounds have shown promise in many other areas too. Here’s a few examples of pharmaceuticals that cannabis could potentially replace.

This is one class of medicine that could be replaced by cannabis-based drugs, particularly those based on CBD, which is known to have various antipsychotic properties. A review of existing 66 studies on CBD and psychosis was published in 2014, which concluded: “Given the high tolerability and superior cost-effectiveness, CBD may prove to be an attractive alternative to current antipsychotic treatment.”

This could be another candidate for replacement with cannabis. There have been various studies over several decades into the effects of THC and CBD on sleep onset, duration and quality. Here are a few studies that support this:

Medications such as Ritalin and Adderall are not effective for all patients suffering from ADHD. A 2015 study found that each of the 30 participants, none of whom responded to Ritalin or Adderall, experienced “improved concentration and sleep, and reduced impulsivity” after treatment with cannabis. Twenty-two patients even opted to replace their prescribed medications with cannabis.

Research clearly shows hope for treating both anxiety and depression with cannabis. A 2016 survey of 1429 subjects revealed that more than 58% of them used cannabis for anxiety. On average across the entire study, nearly 90 percent saw an improvement in symptoms for the condition they were using cannabis for. The University of Washington published a report detailing how and why cannabis may be so helpful for anxiety.

As for depression, cannabis may be able to “stabilize mood and ease depression”, according to Research Institute on Addiction’s senior research scientist Samir Haj-Dahmane, PhD. It may even be helpful for those suffering from PTSD. 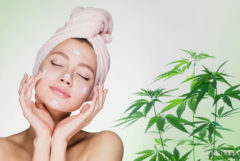 What about cannabis as a replacement for chemotherapy?

There have been many studies suggesting the ability of various cannabinoid compounds including THC and CBD to help treat symptoms of cancer and even have a direct effect on cancer cells. Along with this, there have been abundant anecdotal reports of patients apparently curing themselves of various cancers using cannabis oils and extracts. One such report is of a man in the UK who supposedly shrunk his lung cancer tumours within three months of when he started using CBD oil drops. Of course these are anecdotal, the lowest quality of scientific reporting.

However, many existing studies have been performed either on animals or on human cell cultures in vitro (in a petri dish) rather than in vivo (in living patients). Thus, they are of limited usefulness compared to clinical trials on humans – which are problematic for various reasons.

Running a clinical trial that actually withholds chemotherapy in order to assess whether cannabinoid therapies could serve as an effective standalone treatment is almost impossible, given the potential risk to participants.

In order to gain accurate, precise results on the potential of cannabinoids to act as single-agent treatments for cancer, more clinical trials are urgently needed. A 2016 review in Current Oncology on the use of cannabinoids as anticancer agents goes into extensive detail on the subject, and concludes:

“To summarize, cannabinoids induce tumour cell death and inhibit tumour angiogenesis and invasion in animal models of cancer, and there are indications that they act similarly in patients with glioblastoma. Given that cannabinoids show an acceptable safety profile, clinical trials testing them as single drugs or, ideally, in combination therapies in glioblastoma and other types of cancer are both warranted and urgently needed”.

8 thoughts on “Which Prescription Drugs Could Cannabis Replace?”