In Austria, cannabis has been voted medicinal plant of the year, prompting a fresh look at research developments. Since the widespread legalisation of medicinal cannabis, there has been an increase in data on the once prohibited plant. Many studies confirm what patients already knew, some dispel old myths, and some surprise even self-proclaimed hemp experts.

This article represents just a small selection of current studies on cannabis. After all, the current state of research is not as bad as is often claimed. Back in 2010, NORML Director Paul Armentano described cannabis as one of the best-researched substances. In this context he was referring to over 20,000 studies and scientific works on cannabis and cannabinoids.

In September, cannabinoid researcher Ethan Russo presented what is now the third study at the IACM Cannabinoid Congress in Cologne, describing the classification of cannabis into Sativa and Indica strains as lacking in scientific basis.

The first person to call classification into question was Jeffrey Raber in 2013. Raber, owner of a test laboratory for medicinal cannabis in California, argued that there was no scientific basis for the different effects of cannabis following the evaluation of more than 1,000 strains. An “OG Kush“ from Hemp Pharmacy “X” differs fundamentally from an “OG Kush” from Dispensary “Y”.

The researchers were also unable to find genetic differences between Indica and Sativa samples in the current study. On the other hand, by using the terpene profiles built up during the study, it was possible to draw conclusions about the origins of individual varieties. “It is likely that strains are being classified according to their different aromas and not by means of their genetic origin,” according to the press release on the study.

The US company Seedo commissioned a study to ascertain, amongst other things, how high unlevied cannabis tax revenues could be on the basis of average per-capita consumption.

The results? In Berlin, the tax authorities could generate 92 million euros annually; in Hamburg and Munich, an extra 40 million euros could flow into the city coffers. The world leader, as far as this particular statistic is concerned, is Cairo with a theoretically possible cannabis tax receipts of 307 million euros. 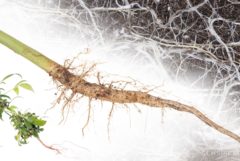 3. Cannabis could save thousands of lives

America has a serious problem with prescription painkillers. Every day around 90 people die of an overdose. According to a study published by the American Medical Association, the number of opioid deaths has fallen sharply in US states with a medicinal cannabis programme.

The study found that the USA could reduce abuse of the most addictive painkillers through the expansion of these programmes and reduce opioid deaths there as a result.

In line with this, a study from 2017 published by the University of Indiana reports that medicinal cannabis could save 47,500 lives nationwide annually and currently already prevents 17,400 to 38,500 premature deaths every year.

Around five percent of all children affected by epilepsy suffer from Lennox-Gastaut syndrome (LGS). The majority of LGS patients are not seizure-free despite treatment with authorised substances such as Clonazepam, Felbamate, Lamotrigine, Rufinamide or Topiramate.

The initiators of a current study by Massachusetts General Hospital in Boston report that by taking CBD there was a decline in falls by 44 percent compared with 22 percent in the placebo group. In addition, the proportion of patients amongst whom the number of accidents involving falls fell by 50 percent or more was positively influenced by CBD.

The overall frequency of seizures was reduced by 41 percent compared with 14 percent in the placebo group. Moreover, the patients or their carers frequently ascertained an improvement in their general condition.

A US American survey on drug consumption and health found that cannabis is increasingly popular amongst senior citizens. Data from 2006 to 2013 was evaluated.

In contrast to older adults, the creation of a controlled cannabis market does not appear to arouse curiosity or openness to experimentation amongst young people. In Colorado, where the effects of legalisation have been carefully documented for five years, the opposite actually appears true.

According to the Colorado Ministry of Health the so-called 30-day prevalence among young cannabis users fell slightly in 2016 compared with 2011.

At 21.2%, there were slightly fewer young cannabis consumers than average in the United States in 2016, where the figure for 30-day prevalence among young people was 22% in the same year. Thus, Colorado is reinforcing this trend for the second year in a row.

According to a study published in the British Journal of Pharmacology Δ9-Tetrahydrocannabinol has neuroprotective properties. It is the most commonly occurring cannabinoid in the cannabis plant.

The Spanish study by the Instituto Maimónides de Investigación Biomedica de Córdoba regards Δ9-THCA as a possible treatment option for people with debilitating and degenerative diseases. 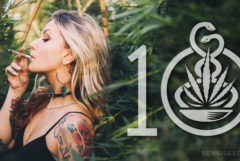 8. Cannabis has a positive effect on libido

In a study by Stanford University, which appeared in the Journal of Sexual Medicine, researchers evaluated the results of 50,000 men and women between the ages of 25 and 45 who had taken part in the US health survey.

Irrespective of age, gender, ethnicity or circumstances, the following was apparent on the basis of information they gave about cannabis consumption and frequency of sex: regular cannabis consumers have 20 percent more sex than non-consumers.

According to the Stanford research team, in the course of four weeks pot-smoking women had sex 7.1 times instead of 6 times, and the figure for men was 6.9 instead of 5.6 times.

“It is believed that the cognitive function of many people suffering from HIV diminishes on account of chronic inflammation in the brain. This happens because the immune system is constantly stimulated to combat illnesses,” according to Norbert Kaminski, principle author of the MSU study, in the AIDS Journal.

Compared with cannabis patients, patients who did not consume any cannabis had very many inflamed cells. According to study director Kaminski, those who used cannabis had a value fairly close to that of a healthy person who is not HIV positive.

The majority of the cannabis consumed in the USA comes from Mexico, where seven large cartels control the illegal drug trade.

“These laws (legal cannabis cultivation in California) allow local farmers to grow cannabis that can then be sold to medical dispensaries where it is sold legally,” said economist Evelina Gavrilova, one of the study’s authors, in the Guardian newspaper in the UK recently. “These growers are in direct competition with Mexican drug cartels that are smuggling the cannabis into the USA. As a result the cartels get much less business.”

Gavrilova evaluated data from the FBI from 1994 to 2012 with her colleagues. They discovered that changes in legislation had their most significant impact in California. Here, a decline in violent crimes of 15% was observed, whilst Arizona recorded the lowest fall of all states with legal cannabis for medicinal purposes at 7%.

Capital offences were the most affected. Since the legalisation of medicinal cannabis the rate of violent robberies dropped by 19%, whilst the murder rate fell in the states in question on average by 10%. Most notable within this were the homicides associated with drug trafficking where the rate fell by an astonishing 41%.

With contributions from Michael Knodt.