Cannabis in Switzerland- Laws, Use, and History

Thanks to a legal loophole, it is not illegal to grow and sell low-THC cannabis in Switzerland. Possession is decriminalised (up to ten grams) and it is legal to send cannabis seeds to the country. Medicinal use of cannabis is permitted when prescribed by a doctor, but the products are hard to obtain and only a few hundred patients receive them.

Can you possess and use cannabis in Switzerland?

The Swiss government adopts a unique stance with regards to the possession of cannabis. If it contains less than 1% THC (which is responsible for the psychoactive effect, or ‘high’) then it is legal to purchase, possess and consume the substance. However, cannabis containing THC levels higher than 1% is classified as a narcotic. Possession of narcotics, under the Federal Act on Narcotics and Psychotropic Substances: Art. 19, is illegal.

The key difference is the psychoactive effect. The Swiss authorities only recognise the health benefits of CBD (which is not psychoactive, contrary to THC) and that it can “help people to relax and relieves pain and muscle cramp”.

Any adults caught using illegal ‘narcotic’ cannabis can face a fine of CHF 100. If the amount of cannabis they are caught with is below ten grams, then there is usually no penalty, as possessing ten grams or less has been decriminalised.

Can you sell cannabis in Switzerland?

In order to sell cannabis products legally, there are certain regulations that must be adhered to. CBD is exempt from the Narcotics Act, as it does not product a ‘high’. However, the government emphasises that this does not mean it can be sold arbitrarily.

Firstly, the CBD goods must be assigned a product category. This will be one of the following:

Each category has its own legislation, which the supplier must keep to in order to remain within the law.

It is illegal to sell cannabis with a THC level higher than 1%. Punishments are relatively lenient. For small amounts (up to one hundred grams), there is a penalty of one to five ‘daily rates’ (a fine based on the individual’s financial circumstances). Penalties are more severe for bigger sales of cannabis, with prison terms for large-scale sale and supply.

Can you grow cannabis in Switzerland?

The Swiss law is lenient when it comes to cannabis cultivation. Industrial hemp cultivation was legalised in 1995 but is subject to legislation (regarding levels of THC).

It is legal to grow cannabis plants in your home. However, only certain varieties are permitted (those that don’t produce a psychoactive effect) and the THC levels must be below 1%. Due to the low THC levels, it’s also called ‘cannabis light’. Despite the low THC levels, these plants are still marketed as recreational products. This created some confusion in the past, because high-THC plants look and smell the same as low-THC plants.

Is CBD legal in Switzerland?

Any CBD products that contain less than 1% THC may be legally sold in Switzerland, as they are not subject to the Narcotics Act. This is unusually high – many other countries in Europe limit the THC content to 0.2%.

This does not mean that the sale of CBD oil is unregulated. All CBD products must be categorised in accordance with the law and adhere to certain regulations. For example, if categorised as a ‘foodstuff’, it must comply with federal law safety guidelines. However, CBD products are widely available in the country, in supermarkets, kiosks, department stores and specialist shops.

CBD products containing over 1% THC can only be supplied under medical prescription.

Can cannabis seeds be sent to Switzerland?

It is legal to send cannabis seeds to most countries within Europe. Switzerland is no exception, and you are legally allowed to have seeds mailed to your address. In accordance with the 2012 Concordat Latin sur la Culture et le Commerce du Chanvre (Latin Concordat on Hemp Culture and Trading), residents of seven cantons (such as Geneva and Basel) may grow up to four hemp plants from cannabis seeds, for personal use only.

Medicinal consumption of cannabis is legal in Switzerland. It can only be accessed via a prescription which must be obtained from a GP. Additionally, patients must have a grant from the Federal Office of Public Health (BAG). The only product that is currently authorised for medicinal purposes is Sativex, which can be prescribed to patients; but this is only used in cases of spasticity (e.g. MS or paraplegia). Exceptions can be made if a GP requests a specific product from the BAG.

Doctors must apply to the BAG for permission to issue prescriptions. Cultivation for medicinal purposes is also legal, provided the facility in question has a BAG.

Licenses are granted for the following conditions:

It is not easy to obtain medicinal cannabis, and there is no official documentation outlining its correct application and treatment. As a result, there are only a few hundred registered medicinal cannabis users in Switzerland.

This may be about to change. The Swiss government have larger-scale studies of medicinal cannabis planned, and the market value of the drug is also starting to be appreciated by the government.

Industrial hemp can be legally grown in Switzerland. Anyone wanting to grow hemp must obtain a valid licence. They must also be prepared for their product to be tested, to ensure that THC levels are 1% or less.

The legalisation of cannabis has arisen in political debate for many years.

In 2018, the Swiss parliament rejected the motion to permit cannabis use in scientific studies. However, the rejection was based on a slim majority – 96 votes to 93.

The main opposition came from the Swiss People’s Party, who are known for their right-wing, conservative stance. The Christian Democrats also voted against the idea. Both parties believe that, by legalising cannabis in scientific studies, this would lead to legalisation of recreational use in the future.

Other parties have also historically opposed the legalisation of cannabis, such as the Federal Democratic Union (another right-wing party). However, even the Swiss People’s Party recently acknowledged the potential value of cannabis for medicinal purposes.

The Social Democratic Party and the Liberals are both in favour of relaxing the laws regarding cannabis possession and sale.

If you are travelling to Switzerland (or are a resident of the country), it is useful to know the following: 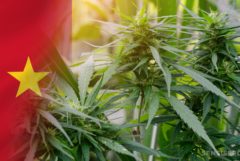 Based on what historians know about cannabis cultivation in ancient times, it is believed that people have been producing hemp in Switzerland for tens of thousands of years. It is impossible to say for certain, as the ancient hemp fibres discovered were similar in appearance to nettle and flax.

Pollen grain analysis confirms that cannabis was definitely grown in the lowlands of the Swiss Alps 6,500 years ago. In medieval times, Switzerland was an epicentre for hemp trade, along with northern Italy and parts of France and Germany.

Realising this, the Swiss Federal Offices of Public Health, Police and Agriculture in 1995 decreed that cannabis could be cultivated without special permission providing it was intended for non-drug purposes.

However, the ambiguous wording of the legislation opened a loophole for cultivators of drug cannabis—it stated that all cannabis plants, even hemp, contain THC. In doing so, it made it possible for cannabis cultivators to argue if subject to arrest that their crops were hemp and intended only for non-drug purposes, even if they contained significant cannabinoid concentrations.

At the turn of the millennium, cannabis shops were popular across the country, with shop-owners believing they had discovered a loophole in the law, allowing them to sell it as a ‘wellness product’ in the form of pot-pourri (“Duftseckli”). However, this didn’t last forever. Growland, the best-known hemp business, closed its doors in 2009, due to growing pressure from the government.

Swiss attitudes to cannabis are relatively liberal. This can be seen in the presence of CBD products in high street shops, and the growing popularity of cannabis for medicinal use. In fact, cannabis cultivation contributes significantly to the Swiss economy – something that the government acknowledges.

As mentioned above, 7.3% of adults claim that they use cannabis (or have done in the past). Despite this, Switzerland is not one of the highest cannabis-using countries in Europe. A recent study showed that Switzerland ranked 24th in the world; only two places above the UK, where smoking cannabis is illegal. 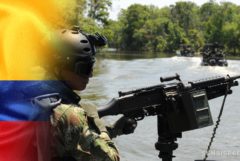 What CBD products are available in Switzerland?

Cannabis (with THC levels lower than 1%) can legally be sold in the following forms:

All forms of CBD are governed by legislation and certain criteria must be met for the products to be legally saleable.

Although the law has decriminalised recreational cannabis use (for amounts less than 10 grams), under the Narcotics Act it is still technically illegal to use it.

This may be about to change. In 2018, the Swiss government put forward the idea of conducting some pilot studies. These would be used to test out different models of regulation. The government stated that the studies would “be limited and restricted to specific areas,” and that “participant numbers would also be limited, and minors would be excluded.” In September 2020, the Council of States (i.e., the Swiss upper house) gave the project a green light, which means that the state-controlled, experimental dispensing of cannabis is now a done deal. The Narcotics Act will be amended accordingly.

This marks a shift in attitude and suggests that legalisation may be an option in the future.

16 thoughts on “Cannabis in Switzerland- Laws, Use, and History”